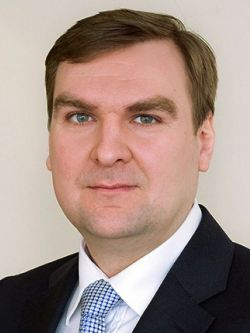 It is becoming an increasingly common practice for Russian companies to enter into what can be classified as concession agreements.

The most commonly encountered general definition of concession agreements involves one party (the grantor) granting to the other party (the concessionaire) the right to use an item that is state or municipally owned or to carry out a particular type of operation to which the grantor has a prerogative (monopoly) right.

There are several types of legal relationships that companies may become involved in and that fall within this definition.

In line with the definition contained in the law, under a PSA the Russian Federation grants to an investor on a fee-paying basis and for a set timeframe the exclusive rights to explore for, extract and produce mineral raw materials at a subsurface plot; the investor undertakes to carry out such work at its own expense and at its own risk.

The agreement sets the terms and conditions that relate to the use of subsurface plots as well as the conditions and the procedure for production to be shared between the parties to the agreement.

At the same time, the law, which was the subject of extensive discussions during the adoption process, is not functioning — not a single PSA has been entered into under this law.

Currently, three PSAs are in effect in Russia:

As a result, the texts of these PSAs, which were drawn up subject to no legal regulation, are notable for their poor technical legal level and they give rise to numerous issues in practice.

In particular, from a tax point of view, questions often arise concerning the rates of profit tax that are applicable to profits generated by the parties to a PSA. Should they apply a profit tax rate of 35 percent (which was in force when the PSA was entered into), or a rate of 20 percent (the rate currently in effect)? Issues also arise in relation to the procedure for determining income and expenses for the hydrocarbons extracted which belong to the state and those earmarked for a royalty to be paid.

Our view is that at present, none of the preconditions exist for PSAs to become more widespread. This is due to the restrictions contained in the relevant legislation.

Firstly, under the Law 'On PSAs,' a PSA may be entered into only if there are no bidders at an auction for developing a subsurface plot on the 'standard' conditions. This provision limits the opportunity to enter into a PSA for all deposits on the continental shelf.

However, Rosneft and Gazprom do not possess the necessary technologies to develop deposits on the continental shelf, which means that they need to bring in foreign partners, proposing to these partners that they enter into agreements that are in the nature of concession agreements to share production. The sole difference lies in the fact that the grantor is a state-owned company rather than the state itself.

The main elements of these agreements are, in practice, always the same:

• the costs of the 'partner' are covered by it receiving products

To achieve this, one of a range of contractual forms may be chosen.

One of these may be an agreement jointly to develop a deposit (Each party for its part undertakes and finances exploration and production work. The result (hydrocarbons) passes into common or individual ownership.) From a tax law viewpoint, risks may arise of this agreement being classed as a simple partnership agreement (thus creating the risk that the expenses incurred may not be deducted if it is established that the project is not viable).

Partners may also create an Operating Company with which an agreement is concluded to regulate the procedure for work to be carried out and for revenues to be shared. In this case, the methods of obtaining finance on the 'carry financing' terms that are inherent in this option may trigger the associated tax consequences, i.e. the need to apply thin capitalization rules in relation to the finance received as well as the tax risks that arise because of the uncertainty as to how 'carry financing' is classified (whether it should be accounted for as a loan or as finance received free of charge).

Alongside the options detailed above for concession agreements that are governed by Russian law, it may also be noted that there is an increasingly widespread practice for Russian companies to take part in foreign projects, in which the concession agreements used are governed by foreign law. In this event, these Russian companies come up against the issue of how the concession agreements will be classified in legal terms, especially in relation to the tax consequences for a Russian company's expenses. These may have to do with agreements that have been entered into being classified as a 'simple partnership' (i.e. risks that expenses they incur not being deductible should it be discovered that a project is not viable) or with the way 'carry financing' is treated for Russian tax purposes.