The Investigative Committee said it had dropped the piracy charges against 30 people who were on board Greenpeace’s Arctic Sunrise ship, replacing them with accusations of hooliganism.

If convicted of the new charges, the 28 activists and two journalists who were taken into custody in September while the activists protested Arctic drilling at a Gazprom oil rig face up to seven years in prison in place of the maximum 15 years prescribed for piracy. The investigators’ statement late Wednesday also said that some of the activists may still be charged with violence against representatives of the state.

The revision in the charges represents a softening of the Kremlin's position in a case that has drawn harsh international scrutiny. It may also reflect a recognition by Russian authorities that, as many observers have argued, peaceful protesters cannot be considered pirates.

The 30 crew members, who are currently in jail pending trial in the far northern city of Murmansk, hail from numerous different nations, and many of their home governments have taken issue with the way they have been treated in the case. The Netherlands, under whose flag the Arctic Sunrise sailed, and Brazil both are seeking the release of their citizens.

It was unclear late Wednesday whether the downgrade in charges would placate the case's many critics.

Greenpeace was far from satisfied by the change, calling the new charges “wildly disproportionate.”

“The Arctic 30 are no more hooligans than they were pirates,” Greenpeace Russia expert Vladimir Chuprov said in an emailed statement. “We will contest the trumped up charge of hooliganism as strongly as we contested the piracy allegations. They are both fantasy charges that bear no relation to reality.”

Earlier on Wednesday, Russia said it refused to take part in proceedings initiated by the Netherlands at an international maritime tribunal over the detention of the Arctic Sunrise crew.

The Netherlands referred its case to the International Tribunal for the Law of the Sea in Hamburg on Monday, in the hope that the court would order the release of the ship and the 30 people who were on board.

But Russia has refused to recognize the tribunal's authority and said is not obliged to attend the proceedings, the Foreign Mministry said in a .

When the United Nations Convention for the Law of the Sea was ratified in 1997, Russia said it would not accept procedures that could see the tribunal make rulings on national sovereignty and jurisdiction, the ministry said, adding that Russia plans to press ahead with its case against the activists.

"The Greenpeace activists' actions at the Prirazlomnaya oil platform Sept. 18 violated Russian laws on exclusive economic zones and the continental shelf. A criminal investigation into the incident is currently being conducted," the ministry said.

"Nonetheless, Russia remains open to settling the dispute," the ministry added, without elaborating.

Greenpeace criticized Russia's stance, calling its rationale for ignoring the tribunal proceedings “overboard” and inapplicable in this case. 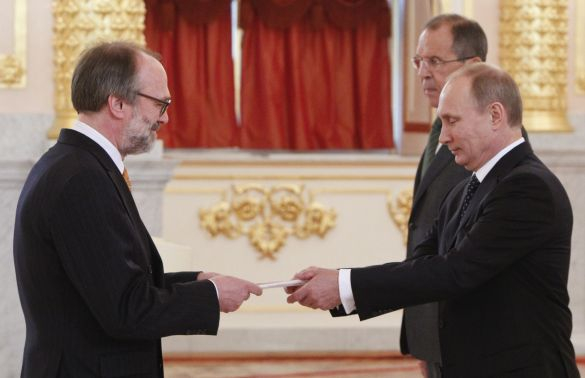 “It is positive to see that Russia remains open to settling this case. That said, Russia cannot pick and choose which parts of the Convention on the Laws at Sea it will apply,” Greenpeace International lawyer Daniel Simons said. “It seems the Russian authorities do not welcome the prospect of the lawfulness of their actions being assessed by an independent tribunal.”

Simons said it would be “normal and proper” for Russia to present its arguments regarding the tribunal's jurisdiction at the hearing.

In Murmansk on Wednesday, a court ruled to keep two of the jailed activists in detention until next month as the investigation continues.

The Murmansk Regional Court upheld the jailing of Miguel Hernan Perez Orsi of Argentina, one of the crew members of the Arctic Sunrise, and Greenpeace activist Dmitry Litvinov of Sweden.

The disagreement over the Arctic Sunrise and its crew is one of several points of tension that have emerged in recent weeks between Russia and the Netherlands, even as the two nations have been celebrating 400 years of bilateral relations in 2013 with dozens of cultural events.

A Russian diplomat in The Hague was briefly arrested by Dutch police earlier this month after they received a report that children in the diplomat's house were being abused, and about a week later unidentified assailants broke into the apartment of the second-ranked Dutch diplomat in Moscow and vandalized his apartment, including by drawing a heart on a mirror with the letters LGBT.

President Vladimir Putin said Wednesday that he had “thoroughly” discussed the incident involving the Russian diplomat in The Hague in a recent phone conversation with Dutch Prime Minister Mark Rutte.

Diplomats from the two countries have reportedly been working behind the scenes to patch relations partly in order not to damage lucrative commercial interests. Putin pointed out that the Netherlands is one of Russia's largest trade partners.