Gennady Onishchenko, who lost his post of head of the Federal Consumer Protection Service on Wednesday, created a number of foes — and headlines — during his years serving as Russia's outspoken chief sanitary inspector.

As he moves out of the limelight to become an adviser to Prime Minister Dmitry Medvedev, let's take a look at some of his most memorable public warnings. 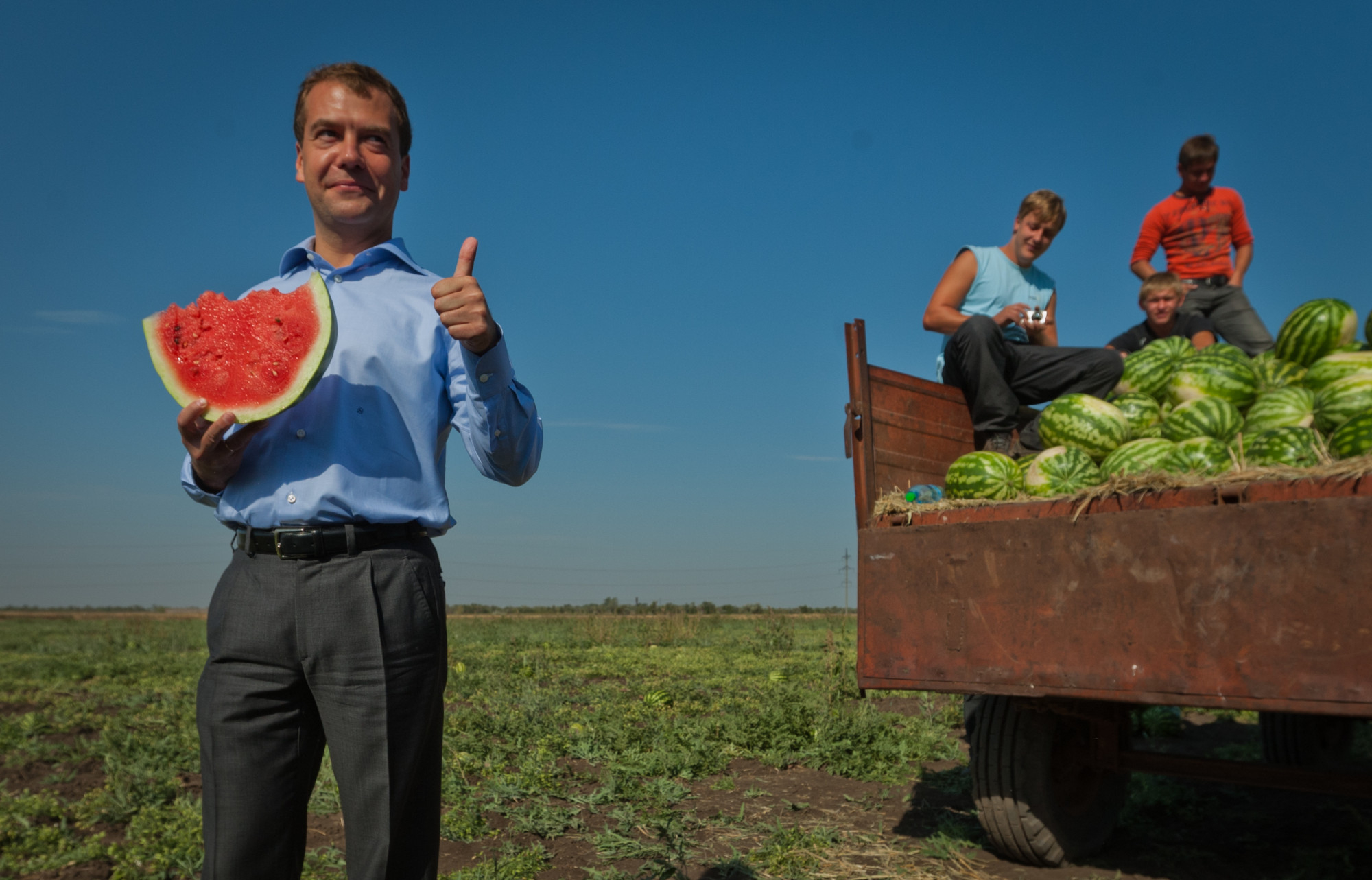 Medvedev approving the melons grown at the Grachinoye collective farm in the Saratov region during a visit as president. (Dmitry Grishkin / Vedomosti)

Watermelons are of particular concern to Onishchenko, who has made several statements about them over the years, Notably, he has cautioned Muscovites to beware when buying them out of town and to ask for certification documents from vendors if there are any doubts. 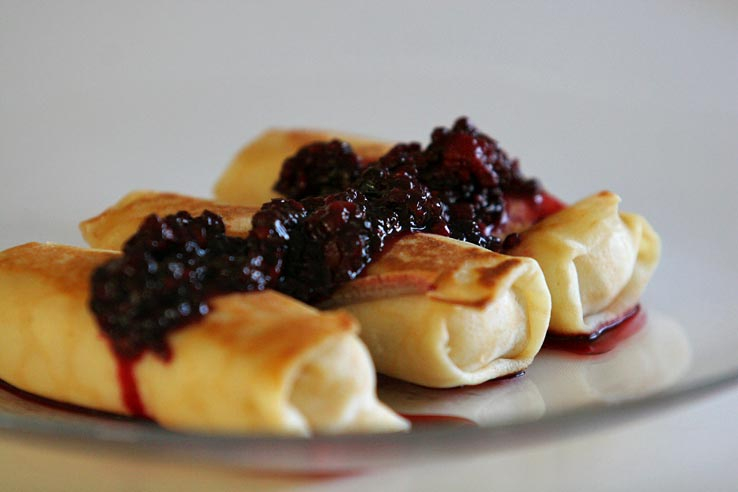 During pancake week, Onishchenko urged the public to quit their annual pancake binge on Sunday, to ask for forgiveness, and to give up protein-rich delights like meat. He said in 2013 that "monitoring the quality of pancakes has shown that they are not poisonous. If you are afraid to ruin your waistline, then eat less." 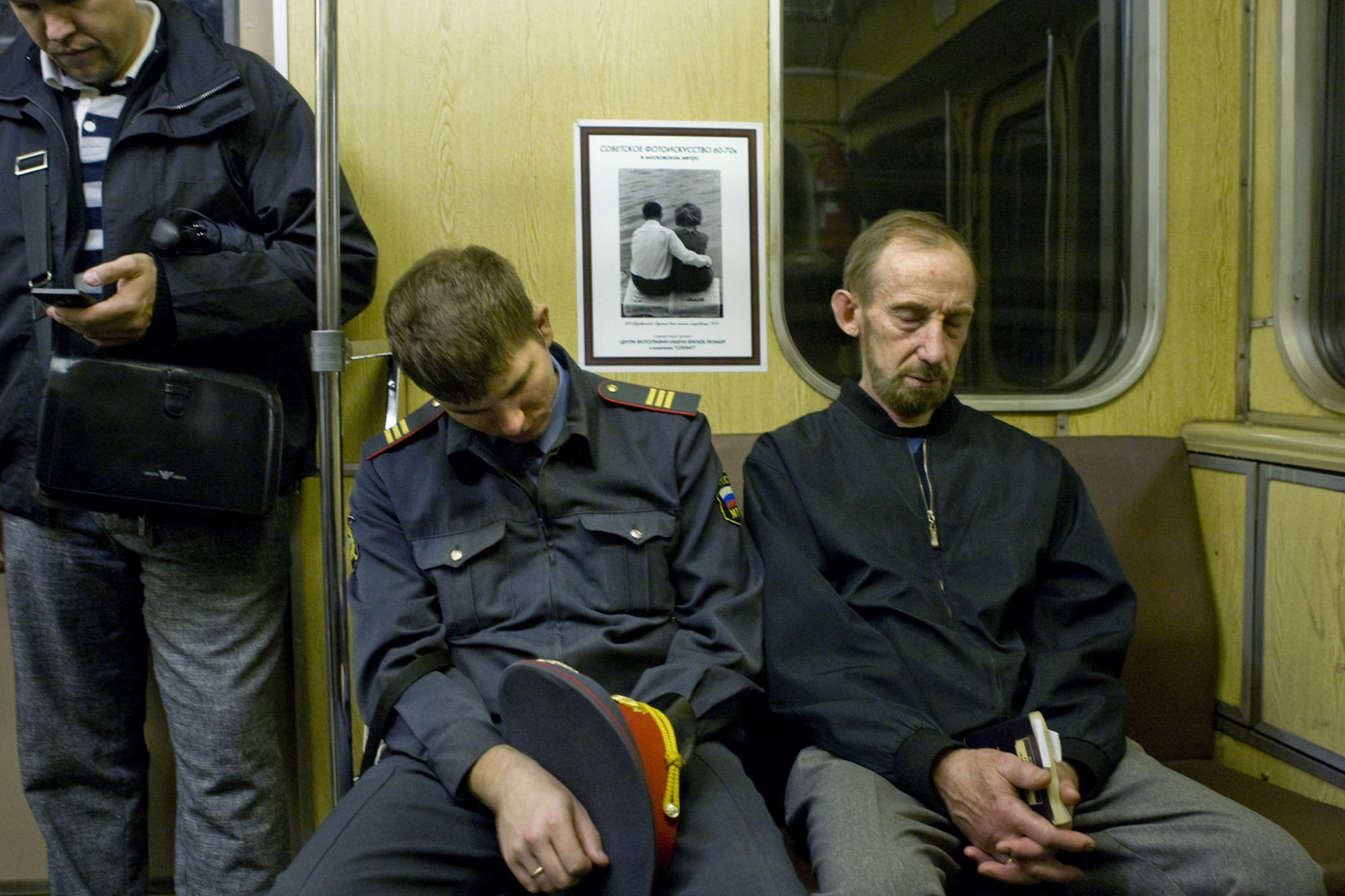 Men catching a quick snooze on a metro train after a long day at work. (Vladimir Filonov / MT) 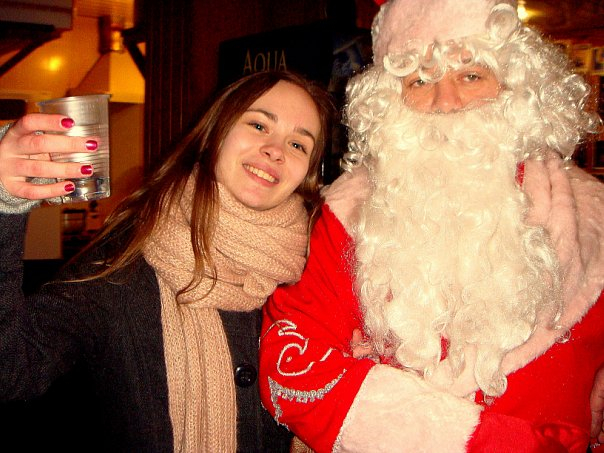 Grandfather Frost will have more presents to deliver if Onishchenko's advice is not followed. (Tom Soyer / VKontakte)

The long New Year's break is the perfect time for family planning, and Onishchenko knows it. In January 2013, he cautioned: "This is the most opportune time. But we need to remember that if you have previously engaged in the worship of the pagan god Bacchus, drinking, then do not. We do not want children." 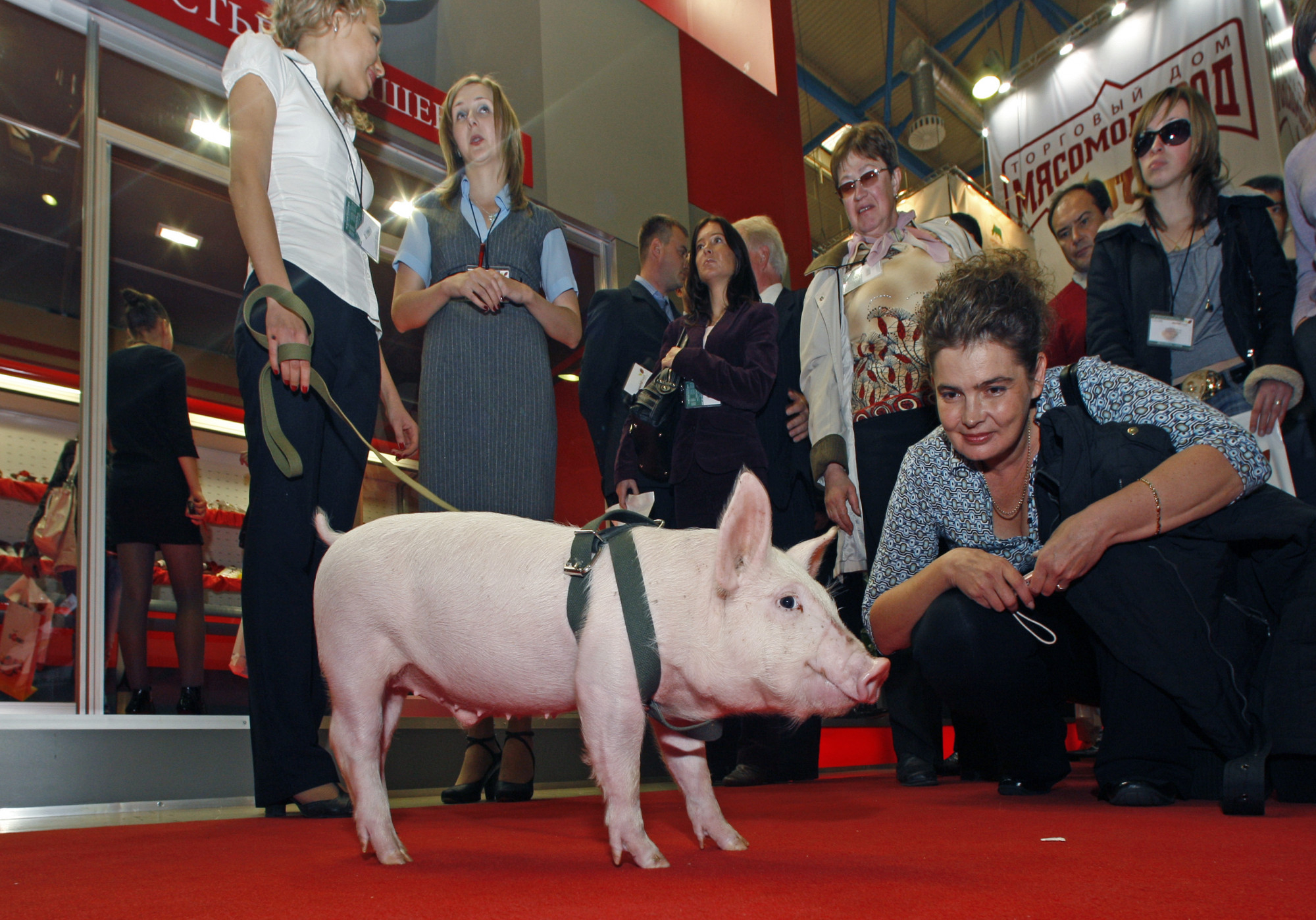 A prize hog being inspected at a Moscow show. (Vladimir Filonov / MT)

Whether out of respect or fear of these snoutish creatures, Onishchenko once warned the public during a swine flu scare that "the pig is very close to the human‚ not in terms of intellect, but in terms of physiology." 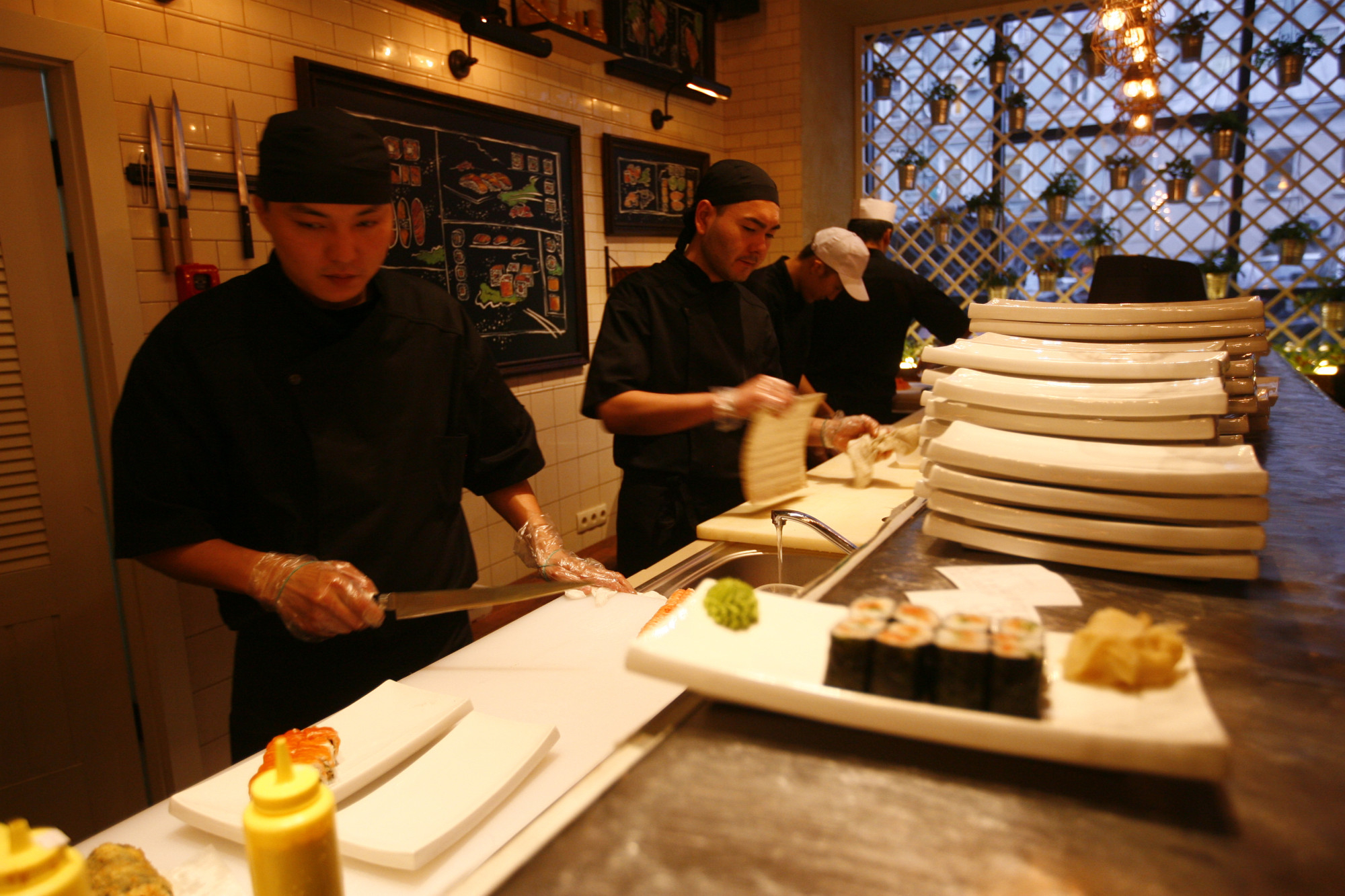 A Japanese meal at a restaurant like Oki-Doki might sound tempting, but it is not recommended. (D. Abramov / Vedomosti)

With the popularity of sushi in Russia, Onishchenko warned last year that diners should beware of eating raw fish and instead cook their fish to avoid worms. He advised against mixing fashion with one's diet, and not to follow trends. 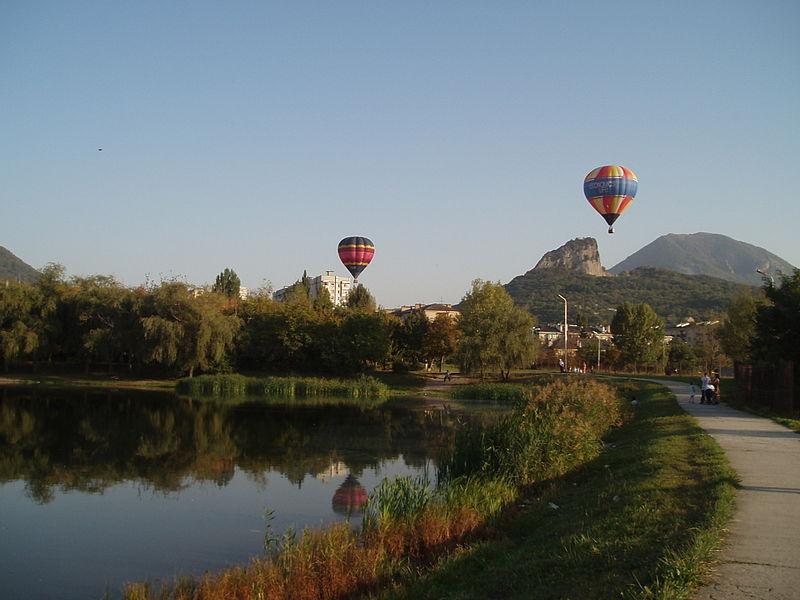 In July 2012, Onishchenko advised against going abroad for vacations to minimize the shock a Russian's body might suffer when reacting to different climatic conditions. He especially cautioned the elderly to avoid countries with a different climate. 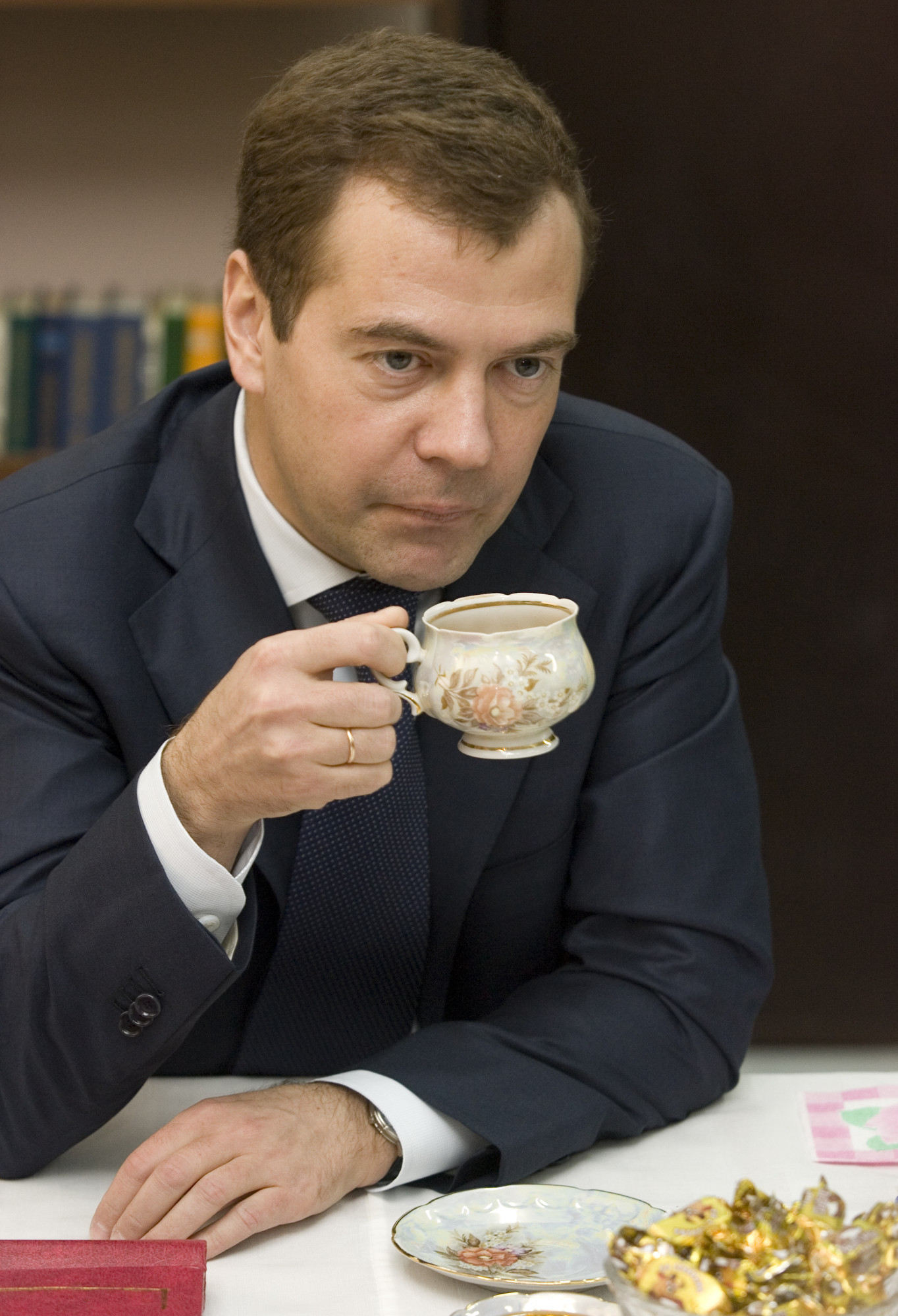 Medvedev enjoying a hot cup of tea, presumably not made with melted snow. (Dmitry Grishkin / Vedomosti)

Onishchenko once spoke about how much better melted snow is for tea compared to the hard water from taps. But then he warned Muscovites not to consume freshly fallen snow from the streets of Moscow, despite how fresh and pristine it might look. He said pollution and other contaminants that might be present. 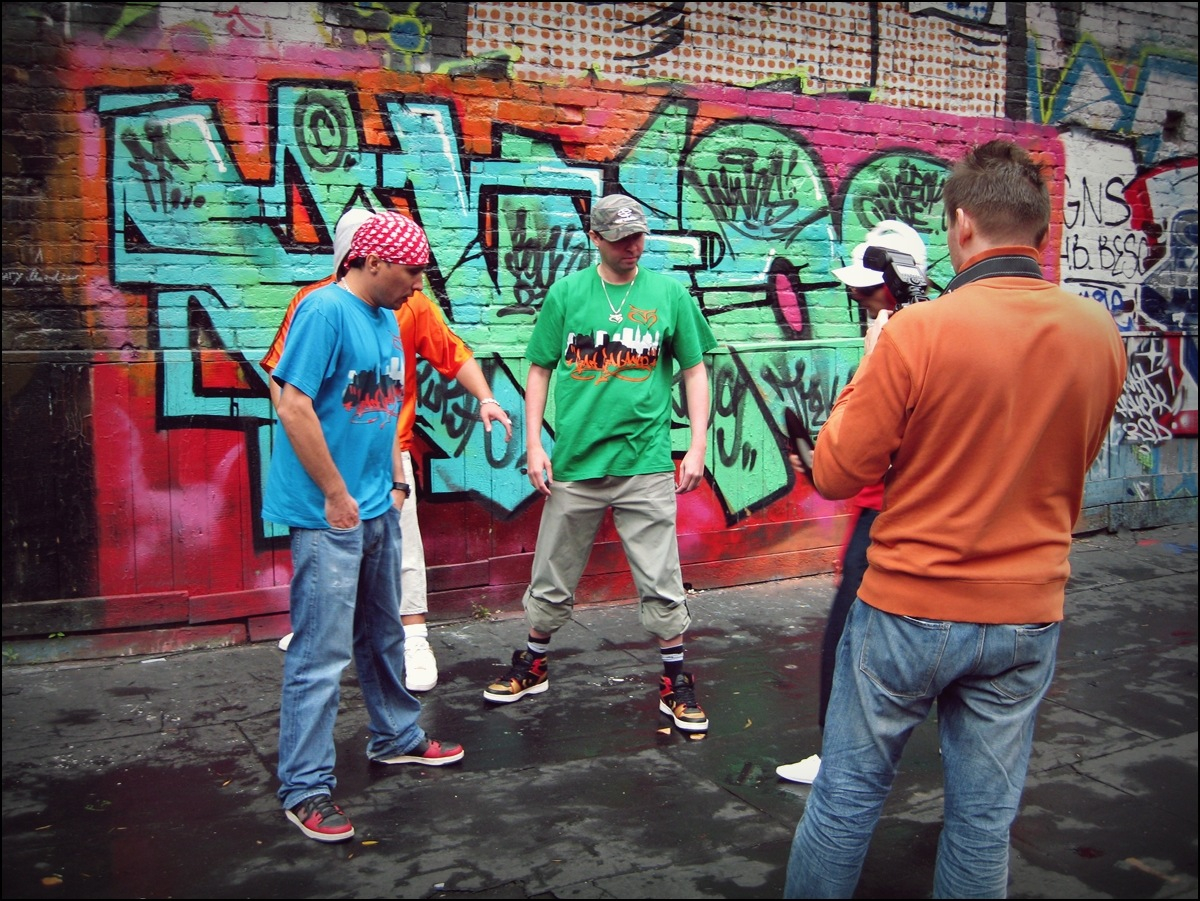 Bad Balance, one of the first hip-hop acts to emerge from the Soviet Union, had a huge influence on street music and fashion in Russia. (Andrey Bekrenyov / VKontakte)

In the summer heat of 2013, Onishchenko chided men for exposing their bellies, saying, "It is aesthetically not a good sight." He also spoke about seeing a young man at the Kremlin with his pants drooping below his knees and, while acknowledging the need for good ventilation, stopped short of giving his approval to the fashion statement. 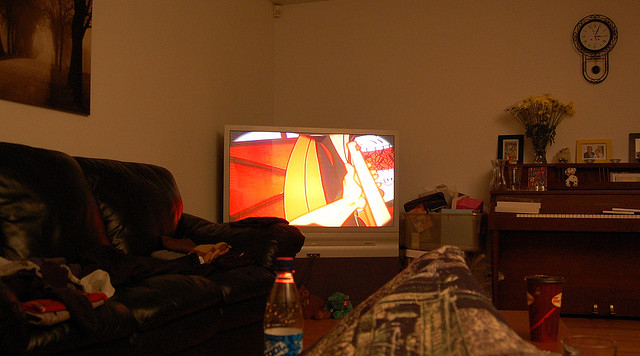 Laziness must be prevented, Onishchenko says. (half alive - so zzzz / Flickr)

Onishchenko once complained that men tend to be lazy: "At home, men are doomed to extinction … They're only allowed to lie in front of the TV and not get in the way."