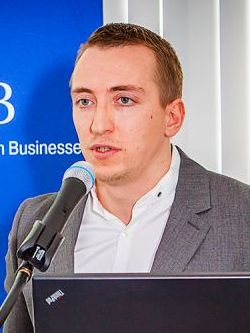 In all honesty, we in the private pension sector must not complain. A year of launching trial balloons and going through various ways of butchering the tender fledgling of a funded pension component earned us more publicity and awakened more people to their retirement — looming for some, towering for others or a small spot in the horizon for most — than we could ever dream of. Even skinny hipsters in their early twenties started liking and sharing pension-related news. As usual, no one bothers much about the details, but everybody's sure it's all for the worse and whatever money involved is already stolen. Not that any details were known until recently, either. Below is a snapshot of what it looks like today, after the changes have been approved by the government but before they are cast in legislation by the parliament.

OPS — the funded component of the Russian pension system, open for those of 1967 y.o.b. and younger

CBR — the Central Bank of the Russian Federation

FSFR — the former regulator of the financial markets in Russia; starting Sept. 1, merged into the CBR

22 percent is the pension tax rate for most of the workforce. Assessed at the source of income on top of salaries, it goes to PFR.

For all those born in 1966 and earlier, the whole of it goes straight through to PAYG.

RUR 568,000 is the assessment base for the full-rate pension tax in 2013; any income exceeding this ceiling is taxed at a 10 percent rate, and the proceeds also go to PAYG.

0 percent — when the new legislation comes in force, this much will go to OPS from Molchuny.

The funded component was first encroached upon last year. Among the many calls to truncate it altogether, the option that was declared — to reduce the payment rate for "molchuny" (the silent ones) to 2 percent — seemed a generous compromise. The 6 percent rate was supposed to remain for all those who either filed a special request with PFR or [had] moved their account to an NPF, and the window of opportunity was to shut right in their silent faces on Dec. 31 this year.

Later on, however, the government decided that 2 percent was neither here nor there, and the current alternative looks like 6 percent vs 0 percent. To make up for that brutal cut, the period when OPS account can be transferred to an NPF and the 6 percent rate chosen, will be extended for two more years. Note: as of 2012 EOY, about a quarter of all OPS members (slightly over 20 million) were with NPFs. The 2013 campaign is expected to bring up to 8 mln more under the auspices of the private pension sector.

That is not all for the trials and tribulations of the funded component yet: payments made in 2013 will be docked at PFR until and unless respective NPF gets a clearance from CBR (more on that below), and all 2014 OPS payments will be … er… expropriated to make up for the budget shortage and finance PAYG pension payments.

Cleanse From All Unrighteousness

Meanwhile, the Central Bank is out to clean. Apart from the upcoming changes in regulatory requirements (that will predictably be modelled after the banking supervision standards and are expected to become stricter and encompass a wider circle of metrics) that will oust the undercapitalised funds and/or the funds with difficulties on the liquidity side, there will be more formal grounds to weed the sector out.

To qualify for managing OPS accounts, each NPF will have to join the national pension protection framework, obtaining first a clearance from the CBR. Another clearance will be needed to migrate to a joint-stock platform from the current not-for-profit one.

The Russian non-state pension funds have long enjoyed — or suffered, for that matter — the status of a not-for-profit entity. From the purely business perspective, that was a bit inapt. Being in essence a regular financial institution that manages money of its customers and lives off a performance-based premium, a typical pension fund had no way to earn a profit and distribute it to its owners. Changing hands for a pension fund has been a complicated undertaking, too.

Now NPFs that wish to continue working with OPS will have to migrate to the joint-stock format. As the government and the regulators hope, it will bring greater transparency to the sector. Not all the funds, however, are queuing up for the new status — some captive funds which manage corporate pensions of large monopolies would much prefer winding up its OPS operations than lose their non-commercial nature. Going joint-stock will mean disclosure of beneficiaries and tougher regulations, including those on related party transactions, and consolidating into the founder's balance sheet and accounting reports, which is something the parent structures dearly wish to avoid.

All in all, looks like the decision-makers chose to overlook strategic — and systemic — importance of the nascent funded pension component in favour of tackling the problems of a purely tactical horizon, making meet the ends of the three-year state budget. Oh well, let us wait and see.