The volatile republic of Dagestan, a key battleground between federal authorities and Islamist insurgents, is striving to dispel its image of a dangerous hot spot by attracting investors and creating a technology oasis.

As part of this policy, the Plug and Play Dagestan technology incubator opened its doors Friday in Makhachkala.

It is a joint venture between Russian companies Global Venture Alliance, or GVA, and Summa Group and the U.S.-based Plug and Play technology center from Silicon Valley — the organization that helped Google’s founders Sergey Brin and Larry Page, and PayPal masterminds Peter Thiel and Max Levchin to make their companies industry leaders, recognizable throughout the world.

Plug and Play first came to Russia in 2012 when it joined forces with GVA and the Moscow government to launch their first Russian business acceleration program, Plug and Play Moscow. Under the leadership of Summa Group, the program has now come to Dagestan, said Jupe Tan, Plug and Play’s international operations vice president.

Summa Group will be responsible for managing infrastructure and local resources, and Plug and Play will provide connections with Silicon Valley and training.

Dagestani President Ramazan Abdulatipov, thanked his son-in-law Magomed Musayev, GVA’s president, for convincing Plug and Play to come to Dagestan and the main owner of Summa Group, Ziyavudin Magomedov, of Dagestani descent, for making it possible.

Every speaker present at the event declined to comment on the amounts invested or return expected from this project. 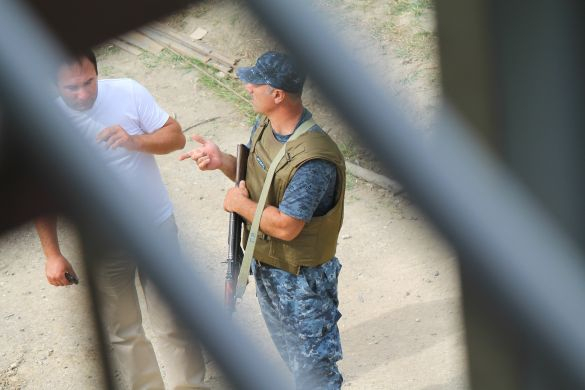 All profit from the project will be directed back to the development of educational programs and systems supporting the incubator, said Ruben Vardanyan, an adviser to Sberbank CEO German Gref and former owner of investment bank Troika Dialog.

“This is called social entrepreneurship. The main philosophy is yes, we must make money, but that money will return into the processes that help Dagestan to develop,” he said.

The North Caucasus Federal District failed to receive anything from the $12.1 billion of foreign direct investments Russia got in the first six months of 2013, according to the Federal Statistics Service and the Independent Institute for Social Policy.

In 2012, the region received only 1 percent out of $18.7 billion of foreign direct investments.

“I can honestly tell you that investments are not going to flow to Dagestan by themselves,” Abdulatipov said. “It is a crisis region, a problem region, and we need to say that honestly and openly. Therefore, our main investors are Dagestanis who are successful in other regions of Russia and overseas.”

Abdulatipov said Dagestan was a country of talented people and Dagestanis have always loved science.

“If we continue with that, then in forests we will have birds, deer and bears. And in cities we will have people. Often, people go to the forest, because our community is not in the right condition, and authorities are not able to provide comfortable living standards,” he said, apparently referring to Islamist insurgents who hide in the woodlands.

About 70 percent of the republic’s budget comes from the federal government.

In December last year, Dagestan’s Finance Ministry compiled a list of 82 investment projects, both active and awaiting implementation, with a total value of 240 billion rubles ($7.5 billion).

These include factories producing glass, mineral fertilizers, building materials and solar panels. Also, there are projects in the agriculture, wine and tourism industries.

“We expect that in the near future the results from these projects will have a positive effect on the situation in the region,” Abdulatipov told Rossiiskaya Gazeta.

There are plans to take advantage of the convenient location of Dagestan’s capital, Makhachkala, and turn its road network, seaport, railroad and international airport into a competitive trade, transportation and logistics center, Kaspiisky Hub, by 2025, Rossiiskaya Gazeta reported.

The head of Chuvashia sparked criticism after video showed him dangling a set of keys to a fire engine above a firefighter, forcing him to jump.

Turkey and Russia agreed to work towards creating a demilitarized zone under agreements in 2017 and 2018.

The relaxed visa rules would also allow visitors from anywhere in the world to apply with a hotel reservation.