In Russia and many former Soviet republics, Sept. 1 is commonly known as the "Day of Knowledge." It is the first day of the school year, where children across the country return for classes after their long summer holidays. 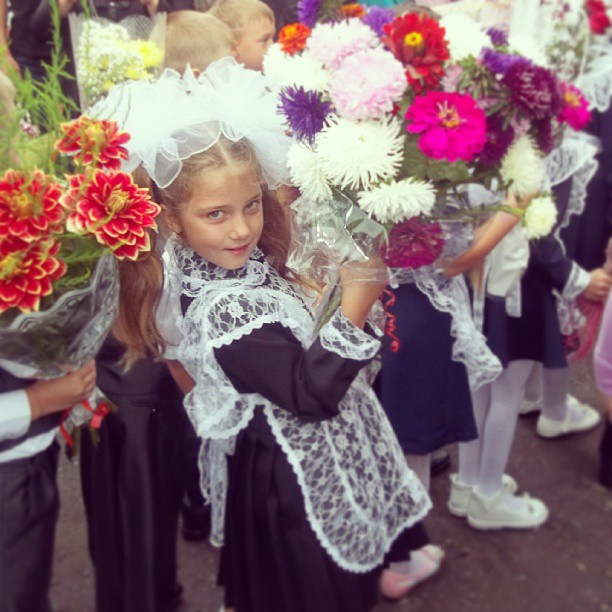 This year, it was celebrated on Sept. 2 to coincide with the start of the working week. A raft of new federal laws in education were also introduced today, the most hotly debated of them surrounding the introduction of school uniforms. 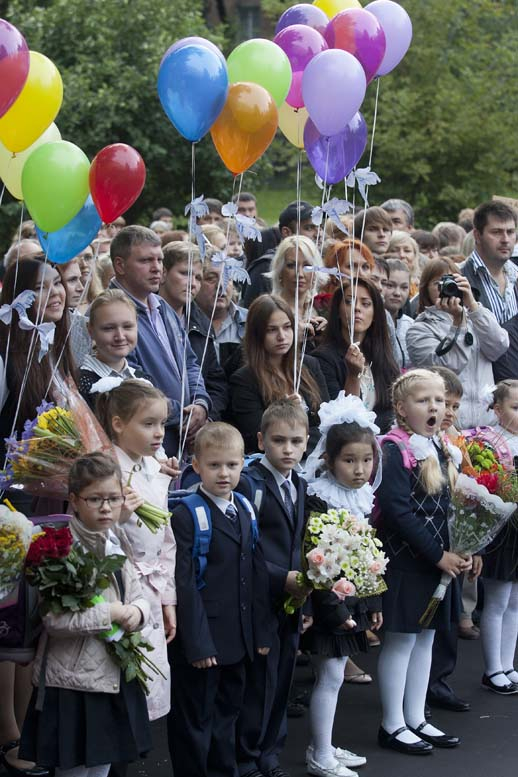 
With their families, children head to their local schools for the welcome event, often with new school bags and stationery. Festive songs about school were played in metro stations, including the popular classic, "Taught in School."


The first day of school in Russia, unlike in most other countries, is a huge deal, and especially significant for children going to school for the first time. The director and teachers of schools will be waiting at the school's entrance to greet students as they arrive. 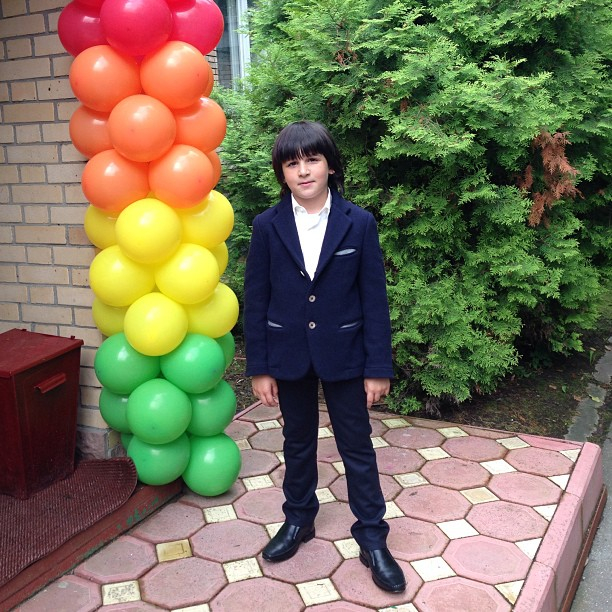 Many students have their portraits taken on this day. (Kubataevas/Instagram)

At the same time, they also reported the closure of more than 700 schools across the country this academic year due to a shortage of children. 12,377 schools were closed from 2005-2010, 81 percent of which were located in rural areas, according to the Ministry of Education. 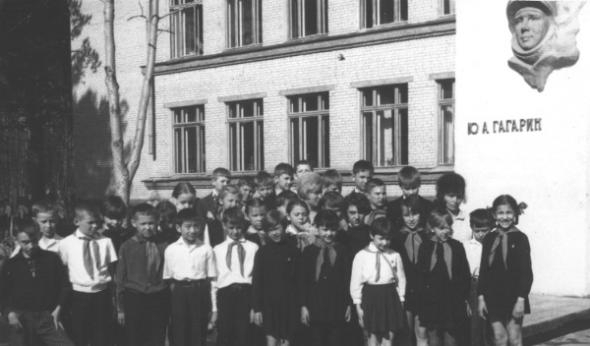 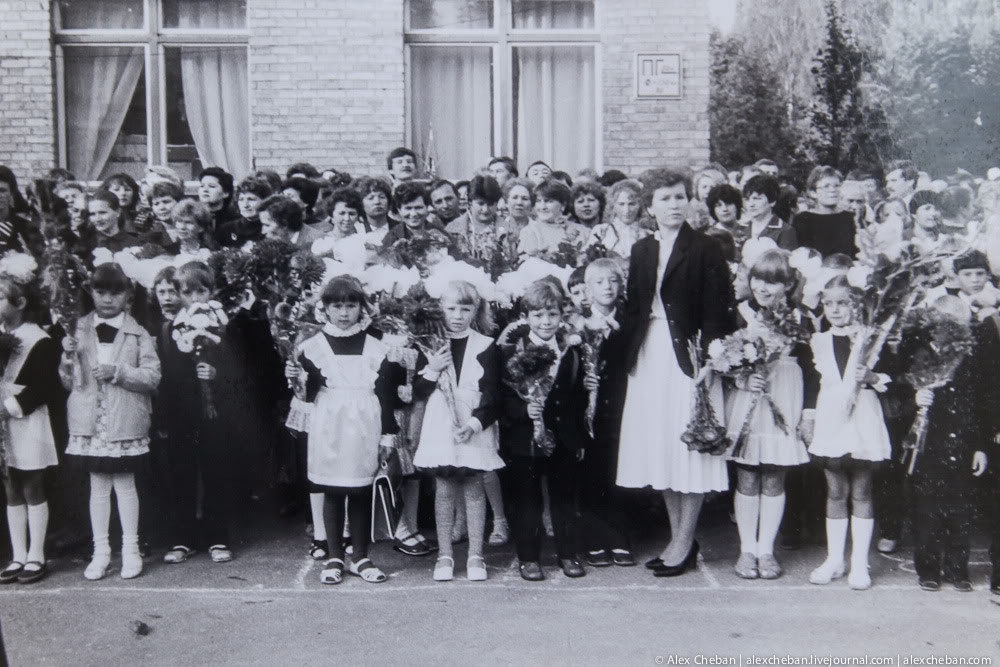 The first day of the school year, 1986. (Alex Cheban/Bright Travel) 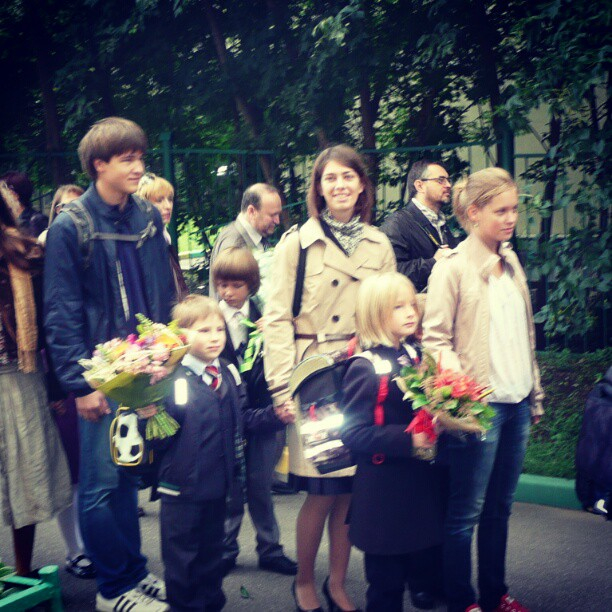 Crowds of families walking to school together in Moscow on Monday morning. (nataliaanina/Instagram) 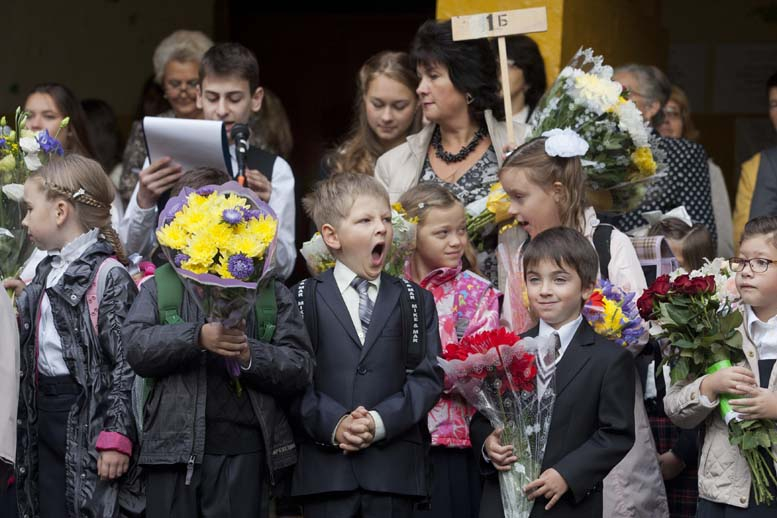 Children and teachers are given flowers and gifts to mark the occasion. (Igor Tabakov/MT)

Education and social programs for children in the Soviet Union were very comprehensive and also included extracurricular activities outside the school year like summer camps. They were provided at almost no cost.
Russia still provides free public schooling for all, though with new legislation introduced on Sep. 1, this could change. (Link to MT article). 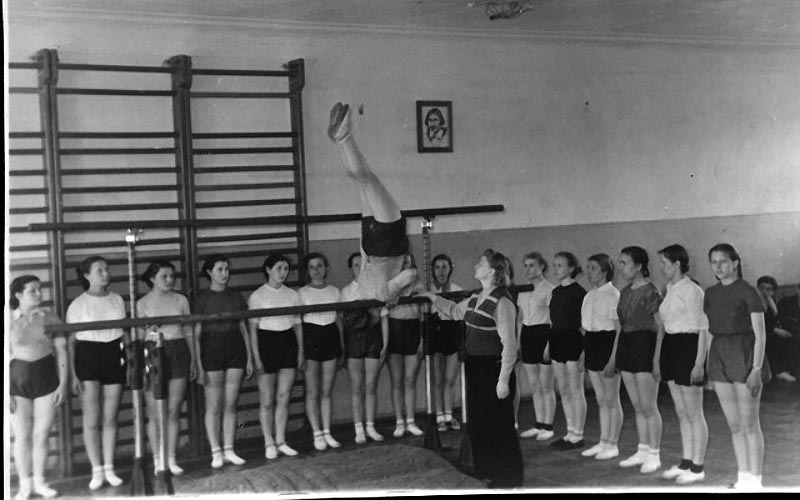 A physical education lesson in the 1980s. (Author Unknown)


120 billion rubles has been allocated to improve public education system in 2011-2013. This includes improving school infrastructure, modernizing education, and improving the wages and pensions of teachers. 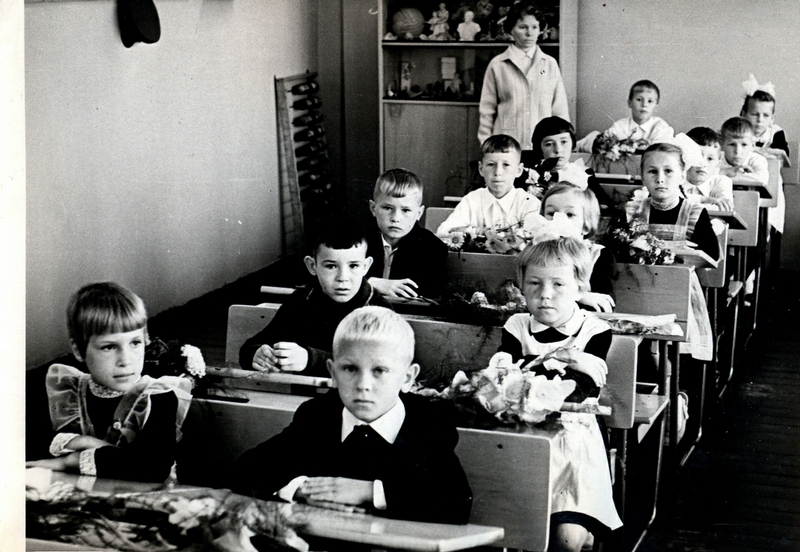 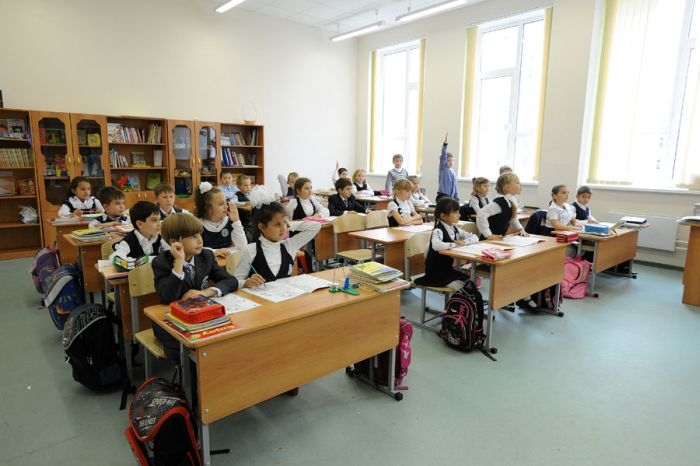 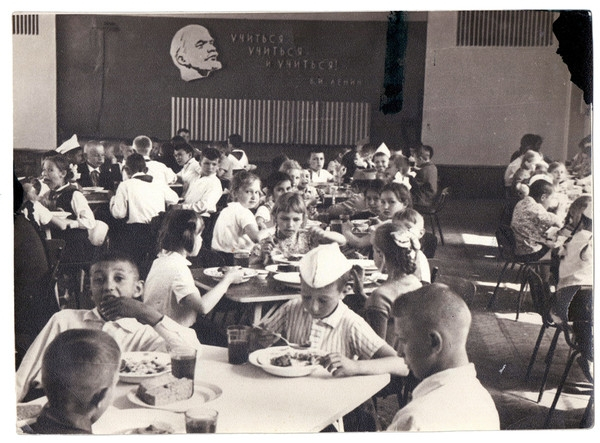 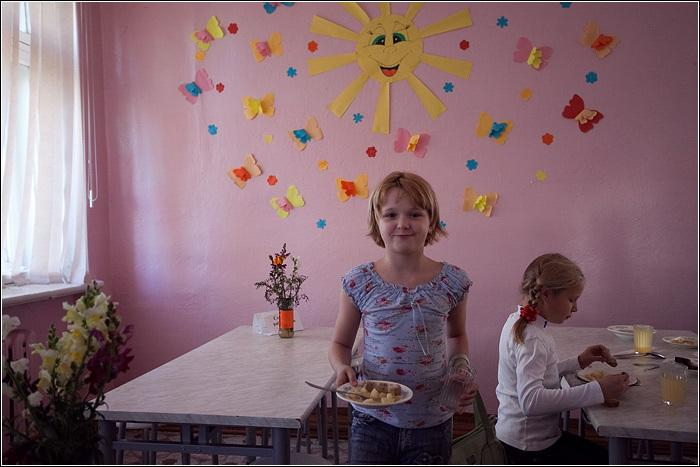 Present-day canteen at a school in Kargopol, Arkhangelsk (English Russia)


Beginning today, school uniforms are compulsory, and the new federal law also establishes uniform standards for school uniforms across Russia; that they must be secular and meet accepted standards of business style. A statement from the Ministry of Education noted that a complete uniform kit will cost between 2,200 and 4,500 rubles. 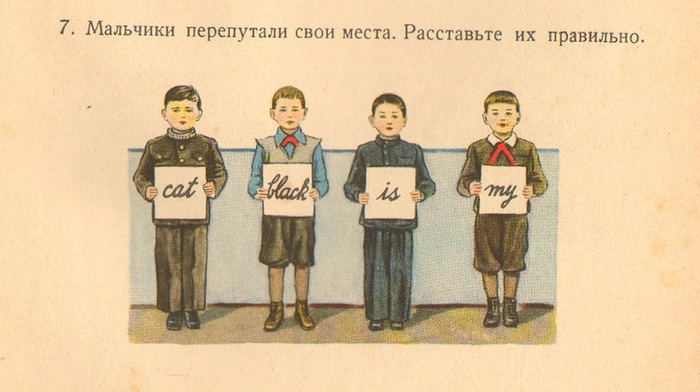 The introduction of this measure has raised much discussion over the financial burden this places on families, though the law states that children of large families must be provided uniforms and sports wear free of charge, and that schools do not have the right to prescribe any particular manufacturer or brand of uniform. 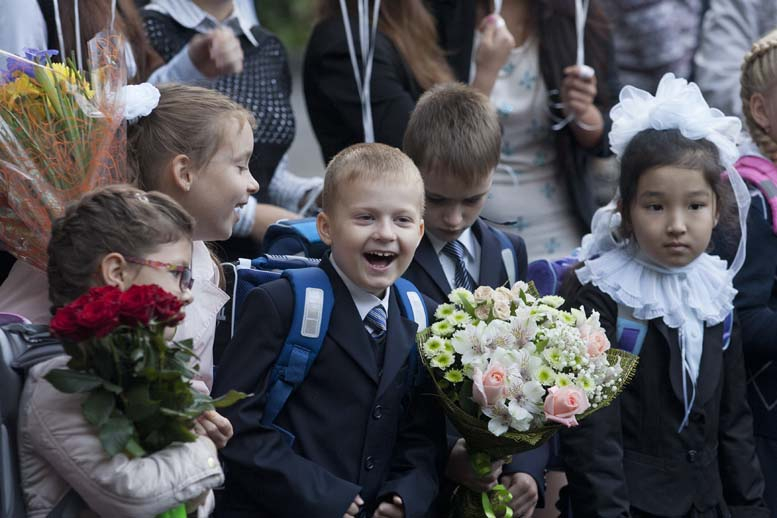 The school year officially begins when the school bell is rung, and it is a tradition for an 11th grader to take a first grader to ring the bell. Even though most schools do not have church-like bells anymore, the tradition is still kept alive by using a hand-held bell. 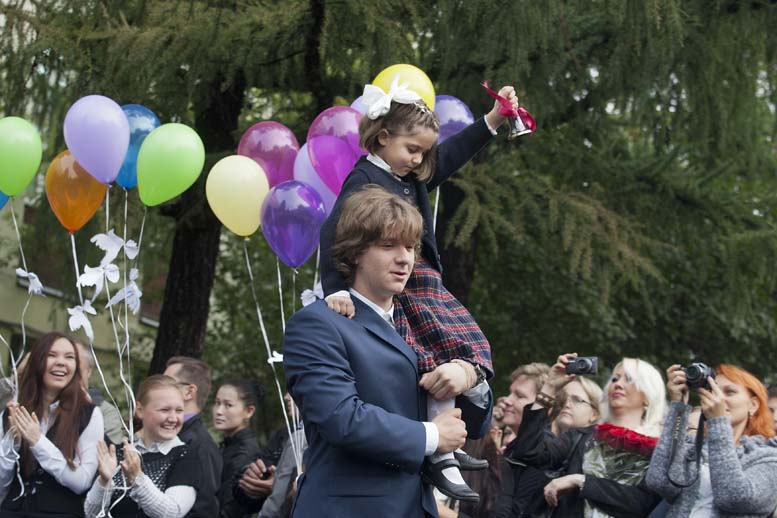 The bell-ringing ceremony at a school in a Moscow suburb, 2013. (Igor Tabakov/MT)

Visit the Photo Gallery "First Day of the New School Year" for more photographs of the morning's celebrations.