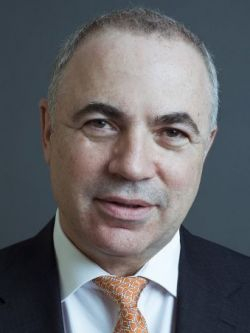 The talent shortage—the disparity between what employers need and what available employees have to offer—has a variety of causes. Some are interconnected, while others are isolated. Taken together, they create a "perfect storm" that shows no sign of subsiding.

Labor market failings cannot be laid at any one door—there are a number of culprits. Changing demographics are the easy answer and they're definitely a critical factor, but they aren't the only one. Stagnant wages, supply and demand, unsupportive public policy, the failure of educational systems, and a complete unwillingness to change the way business is done—these are all contributing factors to the global talent shortage.

We have identified a series of key questions that companies should be asking as they attempt to ensure workforce sustainability for the future.

Is Our Incoming Workforce Prepared?

Are We Looking for Talent in the Right Place?

In the past, many companies could simply offshore their business practices to other parts of the world. With the promise of lower costs in other countries, the allure probably had more to do with financial incentives than it did with broadening the pool of talent. Employers, however, reaped the added benefit of accessing whole new populations of skilled workers. The downside came when the incentives began to slip away.

The old way of operating is no longer viable. The cost of doing business overseas is escalating due to increases in wages, production costs and shipping costs, and the former talent surplus in popular offshoring locations is quickly becoming a talent deficit.

Are We Doing Enough to Attract Untapped Talent?

Globally, 13 percent of employers who are facing a talent shortage are redoubling their efforts to recruit from untapped talent pools. However, only four percent are actively looking to recruit younger workers and just two percent are actively looking to add more women to their workforce. This is particularly disturbing because young people and women represent two of the most promising untapped markets for talent.

Women Are Missing From the Top

Nearly a decade ago, a groundbreaking study showed that companies with higher percentages of female employees had a shareholder return that was 34 percent higher than companies with the fewest women at high levels. In other studies, women have scored higher than men on nearly every measure of skills and behaviors necessary for effectiveness as managers and executives. Other research has shown women to be more risk-averse than men and more capable of thinking independently.

The bottom line is that having more women in senior positions is good business, and it increases a company's diversity of perspective and thought. Why is it, then, that so few employers are doing anything about it?

However, that does not mean that women aren't running businesses. All over the world, increasing numbers of women are turning to entrepreneurship. Why? Because traditional employers are not offering what women want.

Looking at the strategies employers are pursuing to overcome the talent shortage, we see that there is a considerable gap between what employers offer and what women are seeking. For example, only six percent of shortage-affected employers are redesigning work procedures such as sharing work assignments. Only 5 percent are offering more flexible work arrangements and just one employer in 50 provides virtual work options to candidates.

Young People Are Missing From the Bottom

The youth unemployment rate is 2.8 times higher than the rate for adults, at 12.6 percent worldwide (with a low of 9.5 percent in East Asia and a high of 28.1 percent in the Middle East).The youth unemployment rate has risen 7.7 percent since 1991 and the youth inactivity rate has risen 28.5 percent during the same period. The startling fact is that many of the world's youth are simply on the sidelines of work.

A sustainable company's workforce needs to reflect the varying levels of experience present in the full work-life cycle. Experienced workers mentor younger ones. Recent graduates are tomorrow's leaders. A growing demographic replaces a shrinking one. This is not happening today. When the global economy stalled, companies cut back. Young people were among the first victims — but they are now being missed.

Governments and policy makers must take a lead role in bolstering talent pipelines. In the United States, for example, CEOs of the country's most powerful technology companies have come together to demand a more streamlined program for highly qualified foreign nationals to obtain work visas and gain an easier path to permanent work status. The heads of Facebook, Google, Yahoo! and others cannot find the talent they need domestically, but the country's visa program to hire foreign technical specialists is capped at 65,000 per year, a quota that is typically reached within days of each year's visas coming available.

However, public policy isn't just a matter of importing or exporting talent. It's about the extent to which governments enable productive employment and prepare citizens for it. A solid place to start is to understand which positions employers are having trouble filling and why.