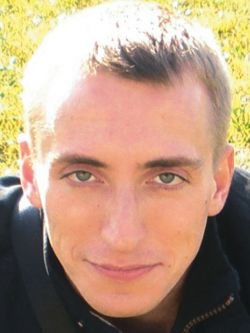 Whoever writes the scripts for the Russian pension industry, he certainly does not stick to stale conventions (you know, the classic five-act drama with tension gradually building up to reach its peak in the third act, unravel in the fourth and subside in the fifth). While the tension is dutifully built up time after time, it finds no vent and the situation in the pension sector looks like a series of climaxes piled one upon another — or one long climax. And a number of points of conflict do a good job underpinning the plot.

Nine months passed since this dilemma was posed to all those paying into the funded component of their pensions, and it remains highest on the pension agenda. (A quick reminder: currently, employers pay 22 percent on top of the gross salary for everyone on the payroll born in 1967 and younger; 16 pp goes to support the pay-as-you-go pension payments while 6 pp go to the funded part). Those keeping their funded-part pension accounts with the state Pension Fund will have to choose whether to change the split and start giving 20 percent over to pay-as-you-go'ers with only 2 percent saved on the individual account, or to file a request to keep saving the 6 percent — either staying with the state Pension Fund or transferring over to a non-state pension fund (NPF).

Formally, the changes are to come into force starting Jan. 1, 2014. At the same time, an opinion was aired at the very top that the right to choose between Six or Two must remain available beyond the cut-off date, but these words have not been recognized legislatively yet. We fondly believe that the funded component today is the proverbial goose that will start hatching golden eggs tomorrow, and hope that it will survive this transformation.

Multiple parties have expressed their worries over the Pension Fund of Russia (PFR) deficit. In 2012, total revenues of PFR stood at 5.89 trillion rubles, of which it spent 5.45 trillion. While 3 trillion were collected as tax payments, the government had to make up for 2.8 trillion more out of the federal budget. Does that stand for a pension deficit? In the current fiscal configuration, PFR receives certain tax revenues directly; if it were not so and all the taxes went straight to the federal budget first, then the make-up tranche would equal the full amount of PFR expenditures. As long as the government has enough money to honor its current obligations to the retirees — no matter what pocket it keeps it in — the pension deficit is not an issue.

That said, the problem remains; today, the PAYG (pay-as-you-go) pension contributions help finance the bigger half of pension spending, but that will not last forever as the workforce dwindles and the population ages. Just like the windfall oil and gas revenues that come in so handy financing the other half of the country's pension system.

In the early 2000s, Russia enjoyed unprecedented lows in terms of the demographic burden. The 2002 census showed a total of 631 dependants per 1,000 workers. It was the slim silver lining to the life expectancy and birth rate trough of the previous decade — and it prepared a very favorable entry for the funded component of the pension system. Sadly, it will be a downhill journey now and onwards, and the demographic bomb under the pension system is ticking louder and louder every year.

Fifty-five for the ladies, sixty for the gents — here we stand or here we fall. The country's leadership vouchsafed for immunity of these figures. The harsh economic truth will out, however. The minimum number of qualifying years that the recently released draft pension formula requires makes it virtually impossible to retire "on the dot" with a decent pension, and the actual retirement age will be pushed back to 63-65 years once the changes take effect.

Unlike banks that have all the retail deposits up to 700 thousand roubles insured by ASV (Deposit Insurance Agency), NPFs have no dedicated guarantee fund to cover for potential risks. Looks like this will be mended soon (coincidentally, it is ASV that is suggested as the vehicle for such insurance). Economics of this invention may be argued, but this will certainly add up to competitive advantages of NPFs. No matter how hard we try to educate customers, the general public is bent on comparing pension funds to banks, pension accounts to retail deposits. A third-party guarantee fund will help to build more trust in pension funds and their performance. Also, and even more importantly for the industry, it might help lift one very awkward restriction: currently, NPFs are obligated to post positive investment results to customers accounts yearly. Once the pension money is insured, the regulator might feel easier about letting the pension funds a longer leash investment strategy-wise.

Speaking from experience, it would be tough to find a heavier regulated sector in the financial industry. NPF reports to FSFR (the Federal Financial Markets' Service), The Ministry of Labour, The Ministry of Finance, The Ministry of Justice, The Audit Chamber, The Pension Fund of Russia… However, changes are upcoming: FSFR will merge into the Central Bank, forming a mammoth mega-regulator. The pension community hopes that after the regulatory powers are centralised, reporting and oversight will be streamlined, the rules of the game and the industry landscape will become more consistent and transparent.

Environmentalists warn that the oil slick is moving toward the Arctic Ocean and will harm local birds and fish.
territorial claim

Russia Warns West Against Arctic Encroachment Ahead of Talks

"Let me emphasize once again — this is our land and our waters," Russian Foreign Minister Sergei Lavrov said Monday.
weakened immunity

Doctors in India have raised the alarm over increasing cases of “black fungus” among Covid-19 patients.