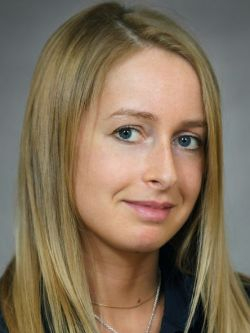 Few of us have not heard of "employee secondment" and "outstaffing." The underlying concepts are familiar and widely used in practice. However, the fact that employee secondment is still not regulated in labor law is only known to a small group, mainly staff supply agencies and companies that use such agencies and have studied the associated risks. The most frequently asked questions are: Can outstaffingbe outlawed? Can the seconded staff be deemed employees of the host company? The answers to those questions provided in draft law No. 451173-5 on Amendments to Certain Legislative Acts of the Russian Federation, which was adopted at the first reading by the State Duma on May 20, 2011, were generally disappointing.

However, the revised version of the draft law adopted by the State Duma at the second reading on April 26, 2013,takes a radically different approach. The draft law permits staff secondment, but only when subject to certain restrictions and special conditions.

According to the draft law, only duly accredited employment agencies and legal entities sending their employees to another legal entity where one entity has direct or indirect control over the other (for example, a head office may send an employee to work at a subsidiary) will be able to second employees. The draft law expressly states that when an employee is sent to work for another entity, the employment relations between the employee and the employer (supplying party) are not terminated, and employment relations do not arise between the seconded employee and the host.

What conditions does the draft law specify for staff secondment? First, an employee can only be seconded for the performance of the employment function that is stated in his/her employment contract with the employer (supplying party). This means that an agency that employs a translator will not be able to second him as a translator/personal assistant, as sometimes happens, when there is no demand for translators. This situation could most likely be resolved only by transferring the employee to a new position with the employer, which would mean signing amendments to the translator's employment contract, issuing a transfer order, making a new entry to the labor book, and so on, and only then seconding the employee to perform his/her new functions.

It may surprise host companies that the payment conditions of seconded staff must be no worse than those of its own employees.

Another important condition is that the employee can only be seconded to another individual or legal entity temporarily. At the same time, the law does not clarify what is meant by temporary secondment — the maximum period for which an employee can be seconded, what should be done if one and the same employee is sent for a second time to the same host, or whether this means that the employee should be permanently working for his/her employer and seconded temporarily.

It may surprise host companies that the draft law stipulates that the payment conditions of seconded staff must be no worse than those of its own employees performing the same functions. In certain cases, a host company may prefer to comply with this requirement by outstaffing all employees of the same role, or promoting its own employees to supervise the seconded staff, since senior staff can have a different salary. Host companies are also unlikely to be pleased by the draft law giving them subsidiary liability for all the obligations of the employer (seconding party), in particular, payment of wages, severance benefits, insurance contributions, etc. (the draft law leaves the list open). The supplier (seconding party) may for its part be concerned by the requirement to ensure observance by the host of the seconded employees' labor rights. The supplier is also required to enter information on the host in the employee's labor book. Where an employee is sent for a few days, such as for a show, an event, or to substitute for a sick employee, or if the employees changes host company every few weeks, maintaining entries in the labor book will require significant paperwork. The draft law is silent on the format of such entries as well.

Nevertheless, although the draft law is unlikely to close all the gaps and will cause a number of difficulties in application, it is a positive step towards resolving the staff secondment issue, namely its legalization, which is essential in view of the fact that many companies in Russia have already been building their business on the use of seconded staff for many years. The draft law is now undergoing revisions in the State Duma Labor, Social Policy and Veterans' Affairs Committee, and will then be submitted to the State Duma for consideration at the third reading. According to the current reading of the draft law, it will come into force on July 1, 2014.