Contribute Today
By Ovanes Oganisyan
May 27, 2013 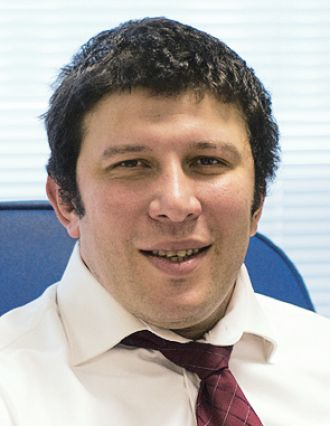 What thoughts come to your mind when you hear that the key founding shareholder of Russian social network "Vkontakte" has been accused of involvement in a hit and run against a cop in St. Petersburg and is being now sought by the police? This news then is followed by the news that a Kremlin-linked hedge fund is looking to buy a stake in Vkontakte.

What do you feel when you hear the rumors that Stephen Jennings, in a meeting with business partners, threatened with his life safety, simulated a heart attack and drove an ambulance to the airport to fly off to London. He sold his business the subsequent day for zero dollars.

In another graphic episode broadcast on national TV, a dozen men, all dressed in black leather jackets and clenching their fists angrily, look like a street squad discussing the wrongdoings of Magomed Bilalov when his firm was building a trampoline in Sochi. And then a couple of months later you hear the news that Bilalov sold his business to Mikhail Gutseriyev for a modest sum of money.

What do you start to suspect when you hear that Norilsk Nickel rival shareholders Potanin and Deripaska, who have been in a deadlock for years, all of the sudden have stricken a peace accord — but then Roman Abramovich will be gaining a stake in the company.

What do you feel as a minority shareholder in TNK BP when you read in the news that Rosneft will pay $54 billion for TNK BP?

If you were a shareholder of a company like Surgutneftegas when the company itself owned 40% of its shares in treasury stock but then 10 years later these shares have disappeared and its not clear how the company was compensated for that. Would you dare to raise any questions on that?

What do you think of when you hear that the opposition is raising anonymous donations through the service called Yandex Webmoney, and then you read in the news that state-run Sberbank buys the webmoney service from Yandex?

What do you think of Borodin, the former owner of Bank of Moscow?

What do you think of when you hear that the opposition is raising anonymous donations through a service bought out by Sberbank?

What do you suspect when you learn that Russian businessman Polonsky is selling his business while in jail in Cambodia?

What thoughts first come to your mind when you read the news of Berezovsky's suicide?

Some investors are arguing that Russian stocks should be trading with an M&A premium, as they are all potential M&A targets and in the M&A deals in the West, minority investors are usually paid a premium to the market valuations.

Russia's M&A volume is huge. It is already over $78 billion in 2014 but, what do you think of an M&A premium for Russian stocks? Shouldn't the M&A premium turn into an M&A discount given the examples above? I think Russian stock valuations are pricing exactly that option. Your Russian stock can become an M&A target one day, and then watch out!