WASHINGTON — The U.S. diplomat accused by Moscow this week of being an undercover CIA operative was once a star intern for a prominent Middle East expert at a top Washington think tank, a fellow intern said.

Ryan Fogle, whom the Federal Security Service accused of trying to recruit a Russian intelligence official, wowed his bosses as an intern for Jon Alterman, head of the Middle East Program at the Center for Strategic and International Studies, said Yousef Casewit, who says he shared a cubicle with Fogle as a fellow intern with the program in 2005.

"We all worked hard, but he was actually quite exceptional," said Casewit, a Ph.D. candidate in Islamic studies at Yale University. "It seemed like he was really out to join the DC kind of rat race."

A smattering of details about Fogle's life began to surface after the diplomat, who served as a third secretary in the U.S. Embassy's political section in Moscow, was detained by FSB officials on Monday night. He was turned over to the embassy on Tuesday and ordered to leave Russia.

Meredith Aylward, who graduated with Fogle from the school, told the St. Louis Post-Dispatch that she did not envision Fogle becoming a diplomat.

"I'd see him doing engineering or something like that," Aylward, 29, was quoted by the newspaper as saying Wednesday. "He was definitely friendly but also quiet. He was very studious."

Matt Hames, a spokesman for Colgate University in Hamilton, New York, said in an interview Wednesday that Fogle graduated with a double major in political science and international relations in 2006. 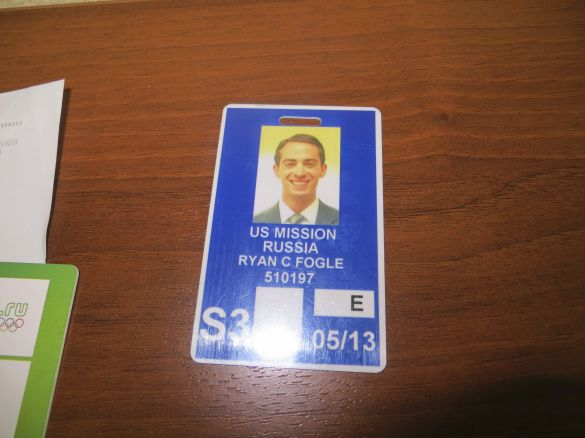 Casewit said he recalls that Fogle focused on China's relations with countries in the Middle East during the internship, though he conceded that while they sat next to each other in the office, their topics of interest did not overlap much.

Fogle worked more closely with another intern, Michael Ortiz, who is listed on a White House-affiliated website as director for legislative affairs with the White House's national security staff. Ortiz previously served as a spokesman for U.S. President Barack Obama while the president was still a U.S. senator.

Fogle, Ortiz and Casewit are listed as interns at the CSIS Middle East program in a 2005 paper about Egypt's Muslim Brotherhood that was written by Haim Malka, the program's deputy director.

Ortiz did not respond to a request for comment sent to the e-mail listed at the White House-affiliated website, and he did not return a telephone message left with his office.

White House National Security Council spokeswoman Caitlin Hayden said the White House was not commenting on the accusations against Fogle and does not discuss staff below "the senior director" level.

Casewit said Fogle was "brilliant" and "hard-working" during his CSIS internship, but that he seemed to lack in certain social graces.

"He wasn't the type that would hang around and chat," Casewit said. "He just wanted get his work done. … He really wanted to prove himself: He'd come early and leave late."

Andrew Schwartz, a CSIS spokesman, confirmed that Fogle had indeed worked as an intern with the think tank's Middle East program. Rebecka Shirazi, the coordinator for the program, said both Alterman and Malka were traveling Wednesday and unavailable for comment. 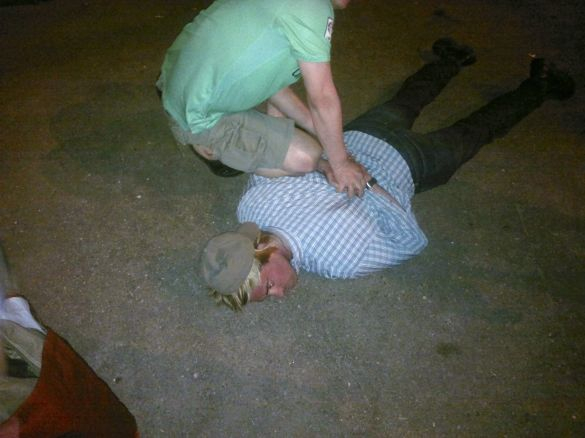 An FSB agent pinning a man identified as Ryan Fogle to the ground during his detention. (FSB handout)

During his time at Colgate, Fogle appeared to have been a member of the Phi Delta Theta fraternity, tutored students in Arabic, and helped arrange for a comedian from the popular U.S. comedy news program "The Daily Show" to give a lecture at the university, according to his online footprint.

In the fraternity's Winter 2010-11 newsletter, an alumni update entry for Fogle states that he "sends his greetings from Virginia!" and lists the address of a McLean, Virginia, address at which fellow members can write to him. CIA headquarters is located in McLean, Virginia.

A cached 2004 bulletin board entry from Colgate's website also indicates that he tutored fellow students in basic Arabic during his time at the university.

During his first year at Colgate, meanwhile, Fogle served on a student lecture series committee that brought comedian and former "Daily Show" correspondent Mo Rocca to campus to give a speech.

"Not only is Mo Rocca a comedian, but he is extremely talented and well known," Fogle was quoted in the university student newspaper, the Colgate Maroon, as saying. "When he's on the show, he's absolutely hilarious, so people are going to come to see a celebrity and laugh really hard."

Casewit said he and Fogle had lost touch after the 2005 internship, but that when he saw pictures of the diplomat splashed across the Internet and television, he instantly recognized his old cubicle mate.

He likened Fogle to the title character of the "Bourne" movies, a trilogy of Hollywood blockbusters starting actor Matt Damon as a swashbuckling spy.

"It's the coolest thing to say, you know, that I interned with Jason Bourne," Casewit said.

"Many vacationers were trying to find shelter — some people were hiding behind the trees, children were crying," said one eyewitness.