A UTair jetliner carrying 245 people made an emergency landing at Moscow's Domodedovo Airport on Friday after oxygen masks deployed in the cabin.

No one was injured, news reports said.

The Boeing 757 was on a flight from Yekaterinburg to Antalya, Turkey, when its pilots requested the emergency landing.

The 237 passengers and eight crew members disembarked from the plane, and the passengers were to be placed on a replacement aircraft to continue their flight.

The passengers seemed to be shaken up by the incident. From the airport, one of them, Yana Gannik, posted photos of wide-eyed passengers wearing oxygen masks on her Instagram account and wrote, "Our plane is leaking to [expletive]."

Investigators were looking into what caused the oxygen masks to deploy. The masks automatically drop from their overhead compartments in the event of cabin depressurization.

The 757 typically carries 200 to 289 passengers, depending on the cabin layout. 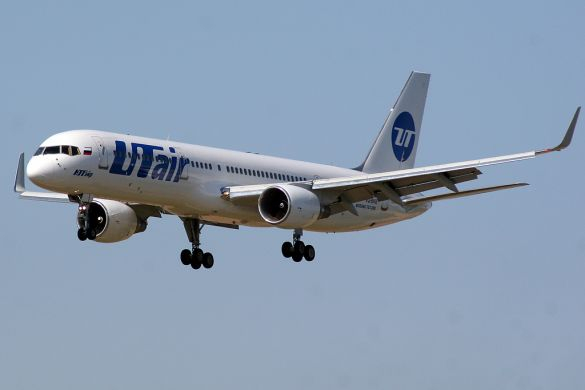 A UTair Boeing 757 similar to the one that made the emergency landing in Moscow on Friday. (Wikicommons)