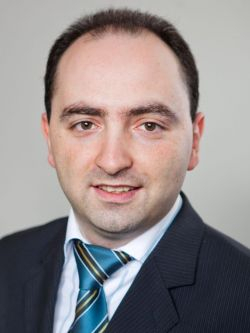 In 2012 Russian arbitration courts ruled on several cases that may be considered landmarks in the fight against allegedly abusive tax schemes.

The Eastern Value Partners Limited case (Decision of the Moscow Arbitration Court No.A40-60755/1220-388 of 29 August 2012, upheld by the Decision of the 9th Circuit Arbitration Court of Appeals No.09АП-33421.2012-AK) dealt with a common cross border debt financing structure where a Cyprus company was interposed between a lender (another Cyprus company carrying out activities in Russian through a permanent establishment) and an ultimate lender (a BVI company). The parties did everything that enabled the tax authorities to win the case: the repayment of the loan was made directly to the BVI company; the Cyprus intermediary was set up shortly before the transaction, the extension of the loan from the BVI company to the Cyprus intermediary and from the Cyprus intermediary to the borrower occurred within the same day. Yet, the arguments of the tax authorities (which rested heavily on the concept of beneficial ownership known to Russian double tax treaties and widely utilized in other jurisdictions) were rejected in court.

In another case earlier last year, the tax authorities attempted to apply the unjustified tax benefit doctrine, a general anti-avoidance concept developed by the Supreme Arbitration Court, to a cross border transaction (See Decision of the Federal Urals District Arbitration Court No.Ф09-3637/11 of 17 May 2012). The case concerned a trademark buy-and-license back structure, not uncommon for Russian businesses. A Russian individual owning a valuable trademark transferred this trademark offshore (to a BVI company) through a series of transactions. Then the trademark was licensed to Russian operating companies through a Cyprus intermediary. The tax authorities challenged the deductibility of the royalties paid by one of the Russian companies to the Cyprus sub-licensor for the use of the trademark. The arguments of the tax authorities included, inter alia, reference to the lack of business purpose in obtaining a trademark license from the Cyprus company. The tax authorities argued that the Russian company could have obtained the license directly from the Russian individual (the original owner of the trademark) and that transfer of the trademark from the individual to his affiliated BVI company was a simulation aimed at repatriating profits from Russia to overseas, thus eroding the Russian profit tax base. The courts upheld the position of the taxpayer. The Russian tax base erosion argument was rejected by the courts on the grounds that beneficial tax treatment of royalties is provided under Russian domestic tax law (deductibility of royalties for the licensee) and under the applicable tax treaty ratified by the Russian Federation (zero withholding tax rate), so the use of these benefits cannot be considered illegal.

Apart from the recently developed jurisprudence on the application of the Russian thin capitalization rules, the above cases were probably the first two serious attempts by the Russian tax authorities to apply anti-abuse provisions in the international context. Surprisingly, the Russian general anti-abuse doctrine (the unjustified tax benefit concept), which is so widely used domestically, has never been seriously invoked to challenge cross border transactions. The beneficial ownership concept which is incorporated into the vast majority of Russian tax treaties has also been considered dormant. The times when the taxpayers could ignore these anti-abuse provisions when making their international tax planning seem to have come to an end.

No one should be misled by the fact that the tax authorities lost the two cases. The development of the thin capitalization jurisprudence (rather taxpayer friendly initially, but just the opposite afterwards) shows that the tax authorities can be relatively tenacious in pursuing their position. They also tend to become more and more sophisticated in compiling their arguments and finding documentary support for their position. The judges are also shaping the balance between legitimate tax saving activities of the taxpayers and abusive tax planning practices, so current court practice should not be viewed as a perennial indulgence for one’s aggressive use of tax benefits and loopholes in tax law.

The professional tax community as well as Russian and multinational businesses should as a consequence expect to face international anti-abuse cases more and more often in the future, with the outcomes of such cases to be most likely less favorable than now.