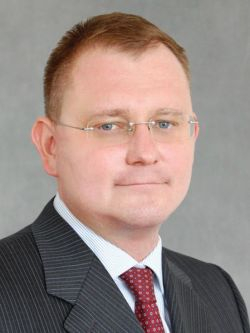 The lack of detailed statutory regulations on writing-off goods due to losses (spoilage, shelf life expiration, thefts, etc.) makes us come back to this topic again and again. It has been a long time since the ministries (the Industry and Trade Ministry, the Economic Development Ministry) set out to develop provisions regulating inventory losses that would apply for tax purposes. However, these efforts have failed to bring about any draft law so far.

Meanwhile, the issue of inventory losses gives rise to tax disputes that are brought before courts and sometimes decided against the taxpayers (see our comment in The Moscow Times, May 10, 2011).

Yet again, the issue of writing-off inventory losses due to theft and shortage has been escalated to the Constitutional Court of the Russian Federation. After seeking and failing to find any support from the arbitration courts, the taxpayer attempted to challenge the constitutional validity of the provisions of Article 265.2.5 of the Tax Code. As a reminder, it should be noted that under the challenged provision of the Tax Code, expenses due to shortage of goods, and losses due to theft and shortage can be deducted for profit tax purposes provided that no guilty persons have been found. However, in order to rely upon this provision, the taxpayer must obtain a document from the competent state authority confirming that the guilty persons have not been identified.

The Constitutional Court did not consider the complaint (Ruling No. 1543-О dated 24 September 2013). The court did not deem it necessary to recognize the above provisions of the Tax Code as constitutionally invalid, as the taxpayer is not required by the Tax Code to provide any specific documents in order to confirm that the persons guilty of theft or shortage of goods have not been identified. Accordingly, neither these nor any other provisions of Chapter 25 "Profit Tax" limit the taxpayer's right to choose which evidence to use to confirm its expenses. The fact that the taxpayer failed to provide documented evidence of the relevant expenses in this specific case proves that the taxpayer did not document its inventory losses as due, and therefore the Constitutional Court considered this fact to be outside of its jurisdiction.

Though this specific case was dismissed, the Constitutional Court's overall conclusion that the law sets no limits on what the taxpayers can use to confirm expenses due to shortage of goods seems quite favorable. Indeed, the Tax Code is silent about the type of document that must be provided as evidence of the absence of guilty persons. Therefore, the court has fairly rejected the claimant's argument that the law requires only a document evidencing that the criminal case has been initiated.

However, the conclusions of the Constitutional Court are unlikely to have any significant impact on the existing practice where the taxpayers are actually unable to rely on the provisions of Article 265.2.5 of the Civil Code.

It is notable that the requirement to confirm the absence of persons guilty of theft or shortages and to seek such a confirmation with the competent state authority has not been in any way challenged by the Constitutional Court. The tax authorities will therefore fairly continue to rely upon the effective provisions of the Tax Code.

This means that as before, an inventory report will not be enough for the taxpayer to prove any revealed shortages. In order to identify the guilty persons or confirm the absence of such persons, the taxpayer must apply to the Ministry of Internal Affairs, being the only authority authorized to investigate cases relating to theft and competent to initiate proceedings on holding the guilty persons liable. In practice, however, the taxpayer, as a common rule, has nothing but the official refusal of the said authority to initiate a criminal case with a reference to the fact that the theft was not revealed by the police. Indeed, one could hardly imagine that a company would be able to invite a police officer to participate in each of its physical inventory procedures. Moreover, the law enforcement authorities, being overloaded with work, are reluctant to initiate mass criminal cases that, as the authorities believe, have no chance of success. As a result, a document received from the competent authority will not, even in the smallest degree, confirm or disprove the fact that the persons guilty of theft have been identified or not, and the taxpayer will fail to ascertain its right to write-off the goods due to loss.

One should not expect any sudden change in the approaches and practice of the police. It is also evident that attempts to have the existing, to a large extent general, provisions of the Tax Code recognized constitutionally invalid, have been unsuccessful.

To summarize the foregoing, the issue regarding the deductibility of inventory losses for tax purposes will not be solved unless the appropriate statutory mechanism is in place: The taxpayers shall have the right (at least those selling goods in trading areas of self-service stores) to make a write-off on their own within the statutory limits. Otherwise, the risk that the taxpayers take when deducting inventory losses for profit tax purposes will remain extremely high.