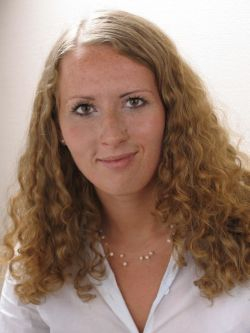 After the summer stagnation, when we saw a seasonal increase in the number of available properties, as expected, the Moscow elite residential rental market recovered in September. Quantitative indicators of supply decreased by the end of September by 5 percent compared to the previous month. But compared to September 2011, the volume of supply of free properties in the high-budget segment decreased by 15 percent. The first half of 2012 was marked by an increase in the average budgets of supply. This process slowed by June,which was caused to some extent by another Russian currency fall; this in turn triggered revisions in the budgets of potential tenants. After this, throughout the whole summer period dollar prices on the Moscow elite residential rental market fell. But in September, as expected, the market won its positions back and average supply budgets growth took place.

The demand budgets still lag behind the average supply rental rates. By the end of September 2012 the average dollar supply budget and the specific rental rate in the high-budget housing segment amounted to $7,220 per month and $640 per sq. m. per year, respectively. According to the results on three quarters of 2012, the average budget of the apartment requested by the potential tenant amounted to $5,470 per property per month, which is only 1.5 percent higher over the same period of 2011.

From the beginning of 2012, the volume of demand in the high-budget property market showed stable and rather high indicators. A significant decrease, which is typical for a holiday season, was recorded in August. According to the results of the three quarters, the total demand volume exceeded the previous year's indicators by 15 percent.

In the 3Q of 2012 the main demand was traditionally focused on the following Moscow areas: Arbat-Kropotkinskaya (15 percent), Tverskaya-Kremlin (14 percent) and Leningradsky Prospekt (12 percent). But these Moscow districts as well as many others keep suffering from a serious shortage of top-quality housing. So, as a result, quantitatively potential tenants' demand cannot be satisfied. At the present moment, the activity in the premium and business class segments of the Moscow Residential Rental Market remains high and it causes a further decrease in the number of available top quality properties. This has already led to a situation where rather often if a property is in demand, there are more than 5 potential tenants for one available high budget apartment.