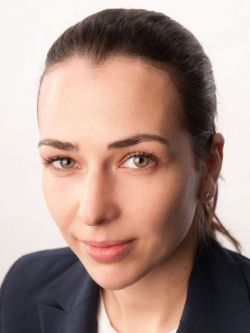 July 1, 2012 saw the end of the period provided by federal law during which owners of buildings and constructions could purchase the underlying land plot from the state or local government at a discount. Under Federal Law № 137-FZ on the Enactment of the Land Code of the Russian Federation of Oct. 25, 2001 (as amended) ("Enactment Law"), until July 1, 2012, commercial organizations and individual entrepreneurs had the right to purchase the land lying under previously privatized buildings at a price of up to: (a) 20 percent of the cadastral value for land plots in cities with a population of more than 3 million (Moscow and St. Petersburg), and (b) 2.5 percent of the cadastral value for land plots elsewhere.

After several extensions of the discount period, the State Duma rejected in April 2012 a draft law extending the discounts to July 1, 2015. Since July 1, 2012, the Enactment Law preserves the ability to purchase land at discounted prices (2.5 percent and 20 percent of cadastral value) only for the owners of buildings and constructions on land plots that were converted from perpetual usage rights to lease rights, or formed from such plots, during the period of Nov. 11, 2001 to July 1, 2012. For other owners of buildings and constructions, the discount land purchase rates are no longer effective.

Unless the relevant federal, regional, or local authority designated by the Russian government determines a specific procedure for setting prices, prices will be set at the cadastral value (art. 36.1.2 RF Land Code). Some RF regions have already adopted the appropriate acts allowing the acquisition of land plots under regional state or undelineated state ownership at prices lower than the cadastral value. For example, the Moscow region government's Resolution № 639/16 of May 2, 2012 sets the price of land underlying buildings at: (i) 3 percent of cadastral value for agricultural land and land for residential construction, dachas, and gardens, and (ii) 15 percent of cadastral value for other land plots.

Some regions have effectively enacted a regional extension of the discount period established by federal law. For example, Resolution № 581 of the Republic of Khakasia and Resolution № 316-а of the administration of the Kostroma region extend the period for purchases at 2.5 percent of cadastral value until Jan. 1, 2013. Some regions have set lower rates for socially significant land purchases, such as those by individuals for homebuilding, and those by organizations for land under buildings used in industry, science and technology, innovation and investment activities, or utilities (for example, Novgorod region Resolution № 451 of July 30, 2012).

The Moscow authorities have yet to establish a procedure for determining the price of land in Moscow. Therefore, from July 1, 2012 Moscow land plots will have to be purchased at 100 percent of cadastral value (subject to the exceptions provided in the Enactment Law).

Following the absorption of a part of Moscow region into Moscow from July 1, 2012, the following questions have been raised concerning land plot acquisitions in the affected territory:

(i) What price determines the price of the plot — the Moscow price or the Moscow region price?

(ii) Which authority should issue the decision allocating ownership of the land plot?

The Economic Development Ministry has provided some guidance: for purchase applications made before July 1, 2012, the price of land plots formerly in the Moscow region should be determined on the basis of Moscow region law. At the same time, the land plots will be allocated by the respective Moscow authority — the Land Resources Department ("DZR").

As Moscow land plots will now be purchased at full cadastral value (rather than 20 percent), the previous practice of banning construction/renovation on a land plot until the payment of 80 percent of the cadastral value has been made will no longer be relevant.

We have seen in practice that rejections of land plot purchase applications in Moscow remain common. These rejections are most frequently linked to the discovery in the land plot documents of properties that are actually demolished or lost, but which are still in the Moscow Register of Unified Immovable Properties (REON), or the discovery of documentary inconsistencies in the property descriptions (area, address, other) contained in the REON or EGRP, or the State Property Cadastre. The DZR also continues to follow a policy of granting ownership only of land equivalent to the built area and the space essential for its use, irrespective of whether lease rights are held to a larger area.

As land plots were most commonly purchased in Moscow for the purpose of investment construction projects, which meant an additional payment of 80 percent of the cadastral value was required in any case, we believe that the need to pay the full cadastral price in Moscow should not deter investors. However, land purchases can only become widespread with the good will of Moscow authorities, and with a change in current practice where building owners have to go through the courts to realize their right to buy land.