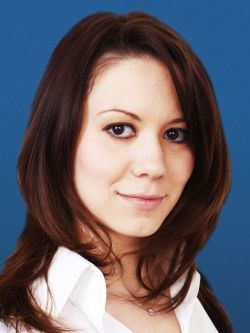 A green building is an asset constructed using innovative green technologies, which reduces waste generation and has improved resource efficiency in general. This new approach promotes real estate investment appraisal through the use of the life-cycle cost analysis. This method helps to consolidate the building`s operational, construction and demolition costs and allows investors to align their real estate investments with a long-term organizational strategy and secure business sustainability.

In order to establish an independent perspective on a building's sustainability performance and eliminate "green washing" (a term used to distinguish groundless declarations of buildings that are not really green) the green building certification (LEED/BREEAM) can be applied. This certification proves that the building is truly green and provides a new approach for managing green and innovative projects.

"Green building" refers not only to the final product, but also to the whole life cycle of the building: the production process (construction), consumption process (facility management and maintenance) and disposal process (demolition).

In Moscow, being green is a tool for differentiation for commercial assets and is seen as a new approach for revaluing portfolios and to offset future risks (energy prices, obsolescence). If you are a developer who has prime offices that are 10-15 years old, for instance, you might want to do a retro fit and obtain a green certification, which will distinguish your offering and reestablish the quality of the assets.

I think the green concept is a hot topic not only in Moscow, but for the regions as well. For example, all the new Olympic Games developments (Sochi 2014, FIFA 2018) that will take place in Russia are prescribed to be green buildings. Foreign companies like SKF have already started to build their production facilities according to green standards.

International statistics show that rents for such buildings will be somewhat higher (anywhere from 1 to 23 percent) than for the same class and location of similar buildings. However, you can't say this is necessarily happening in the Russian market because there are very few green buildings that exist at the moment. However, if you look at the current green buildings stock, largely constituted by the likes of Ducat Place II, Ducat Place III, Japan House, Deutsche Bank and Siemens headquarters (prime offices in prime locations), the rents there are already quite high.

Approximately 20-25 offices, retail and industrial projects are currently going through the process. We see more industrial Class A projects applying for certification with the aim to differentiate and attract international companies. At present, the high-tech office of Jones Lang LaSalle in Vivaldi Plaza is going through the process of formal LEED and BREEAM certification. This will be the first office in Russia intended to achieve both green building standards.

Retail is looking at it as well, but this trend is not as popular. However, there were a few local retail developers that were competing against European retail developers, and they lost their award simply due to a lack of "sustainability" in their agenda. For example, ICSC promotes BREEAM to its members and major EU retail developers implement this certification globally.

There are a couple of real estate residential developers who are interested in green certification, but in my opinion, certifying residential schemes doesn't pay back developers, nor do many private customers really seem to value whether a residence is energy-efficient or not.

To get the BREEAM "Pass" you have to obtain at least 30 percent of the points available. For a LEED certificate, the "Certified" would be 40-49 points (see the table below for more details). In Russia, developers are inclined to receive BREEAM/LEED "Pass/Certified" ratings. In the United Kingdom, on the other hand, all recent major schemes target either Excellent or Outstanding levels of BREEAM certification.

In my view, both standards are very similar. It's just like having two different languages — the same essence, but communicated in a different manner. In general, obtaining the LEED certificate seems to be easier in terms of paperwork management. However, the LEED standard is based on American design standards (ASHRAE) that are not so common to the Russian market.

I think BREEAM is a lot easier for Russia in terms of design team communication. We have some EU norms already translated into Russian (acceptable by BRE Global, the BREEAM certification body), which make the process clearer to all. The role of assessor in the BREEAM system is comparatively more valuable. The assessor writes a report and sends it to the certification body for final approval. That is why Russian designers, engineers, contractors and most construction market players, many of whom are unfamiliar with procedures required to obtain certification, are advised to approach a qualified LEED/BREEAM assessor for coordination of evidence collection or to train a person in-house for the same process.

It's quite interesting how different nations and cultures approach green certification. For some markets getting a green certificate is something very valuable. The U.K., for instance, has the largest number of certified buildings in Europe. For other national markets, like Germany with few certified buildings, this concept is seemingly less important due largely to the fact that they already have in place very strong state standards of building quality and exceptional regulatory standards of energy efficiency. Other countries like the Czech Republic and Poland, where AIG/Lincoln for example, has many projects, a growing number of buildings will have to be certified.

I am very positive about the green building market in Moscow. I have noticed that the green building concept spreads rapidly between market participants. This can be tracked during conferences, where questions switched from "What is a green building?" (two years ago) to "How do we achieve this level of certification?" at the latest events. At the moment the practical knowledge on green building standards is highly in demand. More and more developers/owners are approaching green certification services, wanting to find out in greater detail the timing, costs, and so forth. In two or three years, LEED and BREEAM will likely be a norm for almost every high-grade building launch on the market.