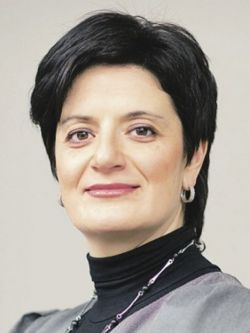 The situation long discussed by HR managers at their conferences has finally arrived. The workforce market is now facing the consequences of the demographic recession that occurred early in this century. The boys and girls born between 1985 and 1995 are unable to fill the gap caused by the natural population decrease. The situation is aggravated by the low quality of education provided by Universities whose best professors have either become entrepreneurs or turned to places other than Russia, looking for research grants. At this time, graduates of those Universities seek jobs at companies happy to hire them since they are recent students, even if their salary expectations are often exaggerated.

Such is the situation faced by the human resources directors of practically every company. In some spheres, especially technical spheres, where professional prestige was very low at the turn of the century, the problem is especially bad. Yet even in finance, despite the thousands of financial schools' graduates during those years, qualified professionals who meet stringent international requirements are hard to come by. The HR department of the BDO outsourcing division has also suffered from this.

Is there any way out of this situation? Could more new employees be found and, if so, where and how? Is the migrant workforce the only answer to this?

My answer to the latter question is no. First, migrants cannot make up for the lack of highly professional help even if Russia begins to actively bring in well-educated Russian speakers from the former Soviet republics. Second, the current immigration laws will effectively prevent this from happening. Every CEO who ever tried to hire a foreigner as a medium-level manager, important for the company yet not quite qualifying for advantages offered to highly paid professionals by the law "On the Legal Statuses of Foreign Citizens," knows very well what I am talking about.

I think that Russia's workforce market still has a cadre reserve that managers are not yet used to considering. Those are white and blue collar workers 55 years of age and older.

I have shocked you, haven't I? The image of a grey-haired manager or foreman is not quite in keeping with the ideal image of the ever-young headlong business person that formed and became fashionable over the past 20 years, or is it?

Now think. On the one hand, there is a very limited number of young professionals who still have to learn a lot and, on the other hand, there is a numerous army of experienced, well-conversed, uniquely informed employees of pre and just post-retirement ages. The numbers of the latter, mind you, far exceed the numbers of the former. So whom do you rely on to become your storm troops for the next five or 10 years?

Older employees are very loyal, so, in this way, the situation in the country benefits HR managers. Highly paid grey-haired engineers, economists and chemists are hardly in a hurry to give up their good salaries and positions of responsibility for very modest retirement benefits of between 6 and 10 thousand rubles monthly.

They are prepared to learn so as not to fall behind progress, and they are also prepared to teach and share what they know with the young workers who come to you for their first work experience. They know a great deal and can do a great deal.

Of course, just like younger employees, they should be trained. Yet unlike their younger colleagues, they are rather in need of so-called soft skills than those of fundamental knowledge. What they lack is much easier to fill in.

Of course, this category of employees has their specifics. They are, possibly, more conservative and slower to digest new information. They are sensitive to subordination issues, requiring acknowledgement and respect. Somewhat different portions of social packages are more important for them. They will prefer working closer to home and having better medical insurance benefits to being paid larger salaries and attending corporate events.

Yet they are definitely worth every ruble you invest in keeping them in your company and enabling them to share their knowledge and experience with the young.

So I believe that very soon, personnel departments will have to devise special policies covering, beside young professionals, those of older ages. The future of high-tech industries hinges on whether or not they can correctly use this golden reserve. In order to move ahead, one should be able to look back too.