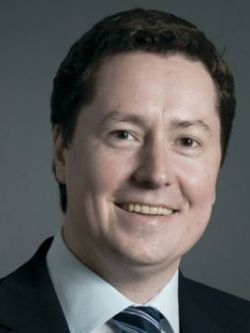 From time to time all businesses experience unforeseen legal issues and disputes that may quickly escalate into a crisis if not dealt with properly and in good time. In the context of Russian deals, in recent times there have been several high profile cases in the press centering on shareholder disputes arising from joint ventures and other corporate transactions.

Negotiating an investment for a business venture in Russia is usually an expensive and time consuming challenge. The initial enthusiasm of the parties at the outset has often already started to fade before the deal is even closed, frequently as a result of the grinding and confrontational nature of many negotiations in this part of the world. It comes as no surprise that at times the relations between shareholders may become frayed over the life of the project. From the perspective of a foreign investor, it is essential to be ready for these problems, to understand how Russia really works (the so-called "Russian realities") and to be as well prepared as you can be.

Why do investments go sour?

There are a number of reasons why investments go wrong. Most often this is where the business is underperforming, although in the case of at least one very public dispute relating to a Russian joint venture, namely TNK-BP, that underlying business is in itself very profitable. 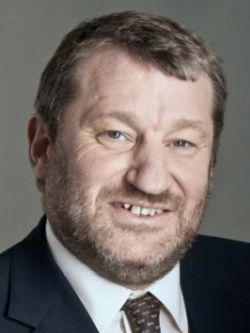 Certainly, many of today's investments were structured and implemented pre-crisis, with top of the market price tags, unrealistic expectations and/or unachievable financial targets in today's subdued economic climate. As with other parts of the world, many Russian deals were dependent on an ongoing easy-flow of cheap debt financing in order to properly implement plans and develop the business. Such credit is of course now much harder to obtain and for some perceived high-risk sectors has all but disappeared, for now at least. Such difficult economic circumstances inevitably put great stress on working business relationships.

However, this often does not fully explain the underlying sources of tension for many disputes. The recent history of Russia since the end of the Soviet Union is well-known, as are the circumstances in which many businesses were developed or acquired in the economic and political turmoil of the immediate post-USSR period.

Many of Russia's corporations are built around only a few, or even just one all-powerful individual and so can sometimes be driven and guided by the motivations, egos and eccentricities of a small select group of big personalities. On the positive side, this provides focused and driven leadership, but personality clashes, volte-face and frayed tempers often go hand-in-hand with this. A foreign investor who is only used to management culture in, for example, Japan, is likely to be in for a shock!

Mid-level management of many Russian corporations has also remained very conservative in culture and approach, with very vertical command and control systems and a heavy emphasis on obeying and not questioning instructions from higher authority.

All this often sits uncomfortably with many foreign business and management cultures. This is particularly true of Western ones, where management structures are usually flatter and more open to feedback and consultation, top executives are nonetheless still employees and under public and shareholder scrutiny and the companies are usually owned by a wider group of (usually institutional) shareholders. As a result, where foreign parties are involved, you often have two very different types of investors sitting opposite each other at the board table for many Russian joint ventures.

Where do the fault lines tend to appear?

Direction of the business — Over time the strategic aims of one partner will often diverge from the other and this can result in deadlocked decisions and the parties dusting off the signed contract to refresh their memories on their respective rights and obligations.

Funding issues — Funding plans often lead to tensions between partners, particularly where one favors more aggressive expansion plans than the other. Bank debt can be expensive and shareholder capital and returns will be subordinated to the bank and its security requirements. Where further equity capital is raised, this can lead to dilution of one shareholder if the other has deeper pockets. If a shareholder uses veto rights to block funding and expansion plans, this can also lead to tensions and accusations of suffocating growth or not acting in the company's best interests.

Exit plans — Many ventures run into problems where the exit strategies of the partners are wholly apart. Classic "shoot-out / buy-out" mechanisms in shareholders' agreements often do not work in practice, for example if one party cannot afford to buy out the other, or perhaps would be prohibited from doing so by virtue of anti-monopoly regulation or Russia's laws on foreign ownership of strategic assets.

Sale or IPO — Exit mechanisms that envisage an outright sale to a third party are dependent on market demand and conditions, as is the IPO route. A sale or IPO also requires the parties to cooperate in appointing sale advisers, waving confidentiality restrictions on the provision of due diligence materials, responding to due diligence enquiries, attending investor presentations, giving warranties and indemnities, making formal disclosures, giving lock-ins and orderly marketing undertakings and so on. A drag-along provision in a shareholders' agreement is often, in itself, not enough to successfully engineer a forced exit if one party decides not to be cooperative.

Practical control — Irrespective of what is written into the contractual matrix of documentation, in the final analysis, these are just pieces of paper and the party with practical control on the ground in Russia will usually have the upper hand.

Enforcement issues — Enforcement of legal rights is never straightforward. Many contracts will utilize foreign arbitration procedures in the event of a dispute and Russia does recognize many foreign arbitral awards. Nonetheless, enforcement can still prove problematic and injunctions or orders for specific performance issued by foreign courts are virtually impossible to enforce in Russia.

Jurisdiction — One of the big issues with most complex Russian deals is that they are by necessity multi-jurisdictional, with different corporate vehicles and security in different countries, a blend of different laws applying to the different contracts, security instruments and constitutional documents. No matter how carefully this is crafted, inevitably there will be areas of overlap and conflict that can be exploited in a dispute. Understanding all this and how it can be successfully navigated is key.

Practical steps — what can be done to mitigate the risks?

Following the financial closing of the deal, it is essential that the main documents are properly stored and archived and that the deal team puts together a detailed summary of all relevant aspects of the deal while these are still fresh in the memory. With the passage of time memories fade, teams move on and archives become lost or inaccessible.

A summary document will prove invaluable if a crisis does strike. Without it, it may already be too late to properly brief the legal team and take active defensive steps. Invariably, timing is everything in these situations.

Formulating a strategy to deal with the crisis

If that crisis moment ever does arrive, the next crucial step is to develop a strategy to deal with it.

Early planning is key, particularly when everyone is under pressure to react as quickly as possible. This is when mistakes can be made and crucial facts overlooked. Establish a core multi-disciplinary internal team and appoint legal advisers with genuine experience of crisis management and special situations to act as lead counsel and to coordinate with local lawyers in relevant jurisdictions.

Review the legal documents to assess the contractual and regulatory position and prepare an action plan. Properly understand from the outset the timing, costs and potential risks to the business (both financial and reputational). Check on governing law and jurisdictional issues and review specific dispute resolution provisions in legal documentation.

Consider also remedies on an "offshore" level, including applications for injunctive relief. Most complex corporate and financing structures will have companies and security in different jurisdictions and so local advice should be sought. Be aware of the risk of legal conflicts among advisers in different jurisdictions and the unintended dissemination of confidential information.

Appoint a PR agency to manage any negative publicity. Make sure that public announcements comply with legal and regulatory requirements, including any confidentiality provisions in legal contracts.

Where possible, take physical control of goods and assets, bank accounts, original documents, accounting records, IT systems, premises, access passes and so on. First ensure that these actions are in full compliance with the legal position and can be justified to a court if necessary.

Consider enforcing security against assets where this option is available. Take action against individuals who have given personal guarantees. Where court orders have been breached, consider proceedings for contempt of court. Consider bankruptcy and winding-up proceedings.

Formally remind directors, officers and senior employees of their contractual obligations and any fiduciary duties. Consider changes to Boards of Directors and General Directors of any Russian companies. Check the position on validity of work permits and business visas. Consider the possibility of criminal prosecutions where there is evidence of serious wrongdoing. Obtain company seals, change bank mandates and revoke powers of attorney.

In Russia as elsewhere, many shareholder disputes are simply precursors to negotiations to restructure the venture, or to enable the exit of one or more of the partners. It is important to keep this in mind, to plan for the possible range of outcomes and then to steer events towards the preferred solution. Moves by the other party should be anticipated and countered. Most negotiation strategies will be "twin-track", with a tough, even aggressive, opening position, alongside a softer and more amenable alternative should the other party decide to be more cooperative.

Summer visitors to Moscow will notice the lengthy games of chess being played by the city's residents in its leafy parks and boulevards. What they will not usually see behind the scenes are the business negotiations going on across the city, in board rooms, offices, restaurants and banyas — yet these negotiating games are no less complex, frustrating, lengthy and yet enthralling. Foreign investors need to keep cool heads, be firm, patient and consistent and always remember the words of Mario Puzo, "It's not personal. … it's strictly business."