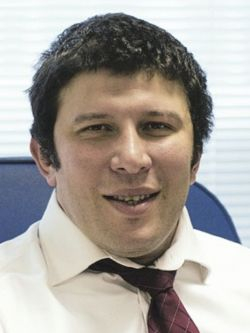 Companies in the MSCI country index are the most exposed to international institutional investors. International investors do not just invest in any stocks on the exchange; they pick up the stocks from the MSCI Index for a particular country. MSCI is a financial information agency that tells which stocks in each country form an investible universe. Investors chose MSCI indexes rather then FTSE or S&P or any other financial information agency index because MSCI was the pioneer in setting up consistent methodology indexes for any country across the globe. They started their indexes right after World War II, just as the need for global diversification was coined by U.S. investors and as globalization started to gain speed.

MSCI has developed a set of rules that classify stocks by investible criteria. The same rules work for each country. The rules are mainly focused on the size of the company's market capitalization and the size of free float available to foreign investors. It turns out that for Russia, the limits on entry in the country universe are among the toughest. As a consequence, Russia's investible universe is small. The news stocks, not reaching the size required for entry into the MSCI Russia index, become marginalized off index plays for investors, which make it optional for investors to invest in the off index stock market universe.

MSCI detailed methodology rules are complex, but in a nutshell, they are actually quite simple. MSCI picks stocks for each country that fall into 85% of the free float market cap range. Two thirds of the selection, MSCI labels as large cap, and the remainder are the mid cap stock. Together, two sets form the so-called standard universe.

A final criterion for entry into the universe is the size of free float available to foreigners. If no foreign ownership limits exist in a stock, the criterion for entry is based on free float equal to half the market cap minimum. So, Russian companies must have at least $1 billion or so in free float in order to make it into the MSCI Russia standard index and to reach the widest universe of investors: the international institutional investors.

If we look at the composition of MSCI country index from country to country, there are stocks in South Korea mid cap universe with free float of only $380 million, in Poland as small as $390 million, in India as small as $432 million, in China $439 million and in Brazil $500 million stocks can make it. But for Russia, the minimum free float of stocks on the MSCI Russia universe is $806 million, which is substantially higher than the normal IPO size of Russian companies and substantially higher than any BRIC free float comparisons above.

I will give you the following statistics: From 2000 to the end of 2006, Russian MSCI stock universe increased from just six companies to 23 stocks. But it only added 5 or 6 stocks in the years after 2007.

From the companies that made an IPO on the Russian market in 2010-2012, not a single company has been able to make it into the MSCI Russia index. Most investors who bought these stocks maintain them as off-index bets in their Russia portfolios.

So do you remember what happened in 2006 that changed the rate of growth of Russia's MSCI universe?

Right, it was Gazprom's ring fence fall. Prior to the fall of Gazprom foreign ownership limits, only 3% of Gazprom market cap was counted for MSCI Russia index. This is because foreigners could only buy 3% shares of the company. That was the size of Gazprom's GDR program at the time. But then in 2006, the GDRs and locals were made fully fungible. The size of Gazprom's GDR program increased to the size of all free float in the company, which totaled $90 billion. As a reaction to the fall in foreign ownership limits for Gazprom, MSCI adjusted the universe for Russian stocks. MSCI started counting Gazprom's full free float for Russia's investible universe. The 85% of Russian free float all of the sudden became mostly filled with Gazprom. The limits for entry on new companies that just IPOed were all of the sudden increased to the levels possible to achieve only by very large IPO deals.

Since 2007, only 6 IPO stocks were included into MSCI Russia and therefore fully became available for international institutional investors out of the total 43 IPO deals in Russia for that period.

The monstrous size of Gazprom in the index has affected the Russian universe by hiking the limits of entry for new stocks. As a result, Russian stock universe has stopped growing.

In a sense, the last piece of capital available for Russian companies planning to do the IPO has been shut down, making each IPO deal difficult and exotic.

On the debt side, Russia market is suffering from wellknown problems, e.g of being underinvested because of scarcity of long-term money due to very low average maturity of debt in the banking system in Russia, the result of a two-decade long period of double digit inflation.

In terms of stock capital, — it's well known there is also very little domestic long-term capital for Russian stocks, as there is very little pension money or insurance money in Russian equities.

At the same time, Russians don't want to invest their savings into the stock market as they think local stocks are just too risky.

So Russian mid-size corporations are facing pressure in a search of capital on every front. Most ironically, they are barred from international capital by the size of their leading stocks.

One possible solution is to take Russian state champions Gazprom, Rosneft, etc. and to have their stocks delisted. The size of free float will then decrease and the 85% span of MSCI (as explained above, MSCI considers companies that fall into 85% universe by free float) will grasp much larger number of companies, thus making it possible for stocks such as Phosagro, Nomos Bank, Transcontainer, Global Ports, Bank St. Petersburg, etc. all part of the MSCI Russia index with automatic investor's base. Index tracking funds must automatically include stocks that are part of MSCI Russia index.

Another solution is to break up existing listed national champions into smaller companies so that their free float size becomes comparable to the free float of private companies that are ready to IPO or that IPOed in the past. In connection to this, the upcoming privatization of large chunks of state property will not help here. In fact, quite on the contrary, the newly privatized companies will further put pressure on size limits requirements for stocks to enter the Russian universe and will increase these limits so that fewer mid-size companies that potentially can IPO will be able to make it into the Russia index.

There is a faint possibility that investors can persuade MSCI to redefine limits for the Russian market, as Russian stocks are of two types. The first type of stocks are of companies that are operating Soviet assets that they bought or got from the state through privatization or in some other way. The second type includes stocks of companies that have grown their assets base in the post-Soviet period: e.g. consumer goods companies, telecoms, transportation, and even some oil companies (e.g. Lukoil). If MSCI acknowledges that the sizes of two classes of companies are not comparable — the first took 70 years to build and the second was just built in the last 15-20 years — the limits might be redefined. Most likely, however, MSCI will create some sort of additional custom index for stocks with non-Soviet assets. It is unlikely that MSCI would change its overall country methodology for Russia.

The third way, which is unfortunately also not very realistic, would see newly privatized companies come to the market as small companies — smaller than $300 million in size — and become smaller than ordinary Russian IPOs. But this would require a lot of corporate reformation and is unlikely be pursued. But going along this route, the privatization of regional grids could slightly help.

Unfortunately, it looks like things will only change slowly, and Russian mid-size companies will have to grow to large cap sizes in order to expand into the mid cap size segment of MSIC Russia. As usual, the environment is tough for Russian mid-size business.

Karpin's predecessor was sacked after Russia was eliminated in the group stage of Euro 2020.
tense talks