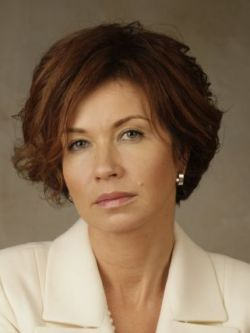 The AEO institute serves as one security measure provided by the Customs Code of the European Union along with the preliminary notification about goods and the risk management system applicable in the European Union as a method to facilitate trade for reliable participants of trade activity.

The AEO institute was introduced in the European Union ten years ago since (i) it was required to ensure the safe operation of international delivery canals, (ii) the Trade Partnership Against Terrorism program (C-TPAT) was initiated and (iii) the World Trade Organization (WTO) elaborated a framework system of Standards to Secure and Facilitate Global Trade (SAFE).

Essentially, the assignment of such a status to a company means awarding it with an internationally recognized quality label. An AEO traditionally deemed as a reliable entity to the extent related to financial and customs operations can, therefore, be considered "safe" participants of trade activity and, correspondingly, reliable trade partners.

Any legal entity established in the European Union, regardless of the size of the business, that is involved in activities covered by customs legislation and forming part of an international (trade outside of the EU) supply chain may become an AEO. Considering that, the following entities enjoy this status in the EU: manufacturers, exporters, importers, freight forwarders, warehouse keepers, customs brokers, carriers, port operators.

Here are the distinct types of operators:

In general, one should specify such advantages of the AEO status in the EU as: easy access to customs simplifications, decrease in the number of physical and document audits during customs clearance, priority service if a company is selected for control/inspection, the possibility to have a special territory allocated for customs control/inspection, the possibility of advance cargo information and a simplified list of information to be set out in the declaration common for all the EU member states. As a result, trust-based relations with customs are being formed. It also contributes to the loyalty of clients, whose time spent on customs formalities is being reduced, and there are fewer cases of property damage, theft and loss. It also helps to increase security measures, improve cooperation between parts of the supply chain, decrease suppliers' expenses related to audits and better cooperation, ensure conditions for "just-in-time" supplies and increase the predictability of supply.

The main advantages of the AEO status in the Russian Federation are as follows: a sufficient cut in transportation costs and more efficient supply scheme when goods are being transported from the border directly to the AEO warehouse without transport to domestic customs bodies, cutting time required to remove means of identification, unloading of goods and their acceptance from the carrier when the transit procedure is completed at the AEO warehouse, free circulation and use of goods upon their acceptance from the carrier at the AEO warehouse, subject to no restrictions. In the context of control procedures, this status provides for no exceptions, although it is important to note that as soon as goods are released, customs control is carried out only once in three years in the form of on-site customs audits in contrast to annual control exercisable over other participants of foreign economic activity. At the same time, confirmation of the reputation of a "good faith participant of foreign economic activity" is worth mentioning, as the officers of the Federal Customs Service have declared many times. Such repudiation ensures a favorable attitude of customs bodies when avoidance of excessive customs control measures is considered.

In addition to evident supply advantages such as less time spent on customs clearance and possibility to launch manufacturing of components, the AEO status makes it possible to enter into an agreement with customs and stipulate cooperation matters therein. The following matters may be set out in the agreement in question: how the AEO and the customs body will exchange information, determine the contents and format of data, and the procedure for the transfer of customs seals removed by the AEO from the vehicles, as well as some other issues. Notably, an agreement concluded directly between the AEO (in area of operation of one customs office) and the Federal Customs Service of Russia permits conducting customs operations in area of operation of other customs offices (one or several).

The Russian Federation whereby carries out a step-by-step transition to cooperation with customs bodies in a more civilized manner. In fact, the AEO institute introduces a partner relationship between customs bodies and reliable participants of foreign economic activity, and the latter are assigned with a special status and special responsibility, and that permits customs bodies to carry out customs operations in those circumstances that are convenient to such participants.

At the same time, since this institute is something new for Russia, some aspects still have room for improvement, no doubt. Specifically, only declarants are entitled to obtain such a status (i.e. importers and exporters). Moreover, national legislation restricts the application of the most attractive simplifications by trade companies unlike manufacturing companies. Distinction related to the type of companies stipulated in the code by different security sums required to obtain the AEO status (150,000 euros for manufacturing companies/1,000,000 euros for other companies) served as grounds for Russian legislation to differentiate the simplifications. In particular, for a non-manufacturing company, no transportation of goods from the border directly to the AEO warehouse is provided.

Comparing AEO regulation applicable in the CU with the one applicable in the EU, we see that the CU regulations are of a blanket nature; no harmonized regulation is available in the CU member states, no mutual recognition of the status by the CU member states is available which is partially justified by the effective presidency principle. Thus, a company accepting goods in Russia cannot declare these goods in Belarus customs bodies if such goods are imported to the CU via the Belarussian border.

Good to see cooperation between the EU and Russia on issues involving the AEO. During the 9th session of the Russia-EU Working Party on Customs and Border Issues, it was agreed to form a Russia-EU expert group (According to information from the Representative Office of the European Commission in Russia, May 2011). It seems advisable to ensure similar cooperation between the European Commission and the Eurasian Economic Commission. Moreover, during Russia-Belorussia-Kazakhstan business dialogue in which the heads of member states' governments participated, Mr. D. Nekrasov, the Director of the Department of Customs Legislation and Enforcement of the Eurasian Economic Commission said, "… to the extent related to the fundamental customs clearance issue which is the improvement of the institute of authorized economic operator … Such improvement will be carried out considering groundwork made by all the CU member states as it is the main method to simplify customs formalities …"

We see the following aspects of necessary improvement:

All the AEOs must permit the release of their goods prior to the submission of the customs declaration, without calculating the size of security in respect of a particular consignment;

The simplifications for an AEO of manufacturing type and other types must be harmonized.

As a conclusion, we should note that short-term aspects have been reflected in draft of the road map "Improvement of the Customs Administration," currently being reviewed by the President of Russia (and prepared by the Strategic Initiative Agency on Promotion of New Projects (asi.ru) at the instruction of V.V. Putin on May 3, 2012).