Contribute Today
By Alexander Skoblo
May 28, 2012 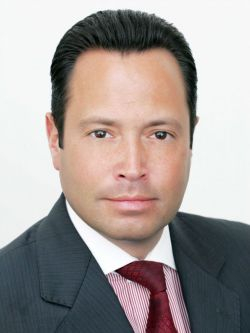 Approximately a year ago, pedestrians walking by the Yotel Times Square hotel in New York could marvel through a large glass window at Yobot, the world's first robotic hotel luggage handler that stores your luggage for you, without the awkward "Should I be tipping the bellboy?" moment. While the value of the service (beyond a marketing coup) leaves some skeptical, it has the merits of highlighting a growing trend in the hotel industry: increased automation of services once reserved for humans — particularly in the lower segments of the hotel market. In Russia, where this segment is notoriously under-represented, the automation trend presents certain challenges, but also offers interesting development opportunities. Hotel amenities have historically gone hand-in-hand with technological progress and the related decrease in the costs of certain services. Rooms with individual telephone lines were introduced at the Plaza New York in 1907; rooms with private baths were introduced at the Statler Boston in 1927. At the same time, services rendered by humans have multiplied exponentially, such as 24-hour room service introduced at the Westin in 1969.

As a consequence, the industry has gradually become more and more labor intensive in order to deliver the experience hotel guests have come to expect. Payroll and related costs today comprise by far the largest portion of hotel operating expenses. 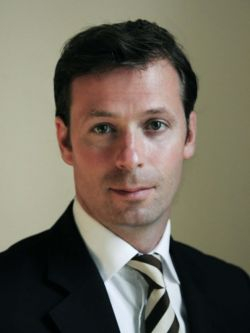 Depending on the nature of the property, labor costs can range from around 30 percent in limited service hotels and all-suite hotels to approximately 46 percent at resorts or convention hotels. Needless to say, when the economy tanks and hotel revenues decrease, shedding staff is crucial to the survival of many properties.  But if redundancies are often temporary adjustments to economic cycles, a deeper, structural movement is at work today as well. The service sector, which is the last great bastion of human workers, is succumbing to more and more automation. In the hotel industry in particular, operators are trying to benefit from the technology-induced productivity enhancements that other industries have been exploiting for quite some time. In some cases, machines replace humans, such as in the completely automated check-in and departure systems that are implemented across many budget properties throughout Europe. Such form of automation represents a challenge in Russia for several reasons. When dealing with foreign guests, for example, Russian hotels have an obligation to register foreign citizens staying with them shortly after their entry on Russian soil. This administrative procedure entails the verification of the passport of the visitor and the physical exchange of a certain number of documents. In addition, automated check-in systems rely extensively on the use of credit cards, but credit and debit card penetration remains relatively low in Russia. According to Alexis Delaroff, the General Director of Accor Russia CIS, "As long as we don't have a developed credit or debit card system, the customer base is too limited for automated properties." Automation also often implies less staff, but the remaining personnel are called upon to multi-task and possibly take on more responsibilities. This requires additional training of the workforce, but hoteliers in Russia have often bemoaned the difficulty of finding well-trained personnel even for basic tasks. More generally, security may also be a concern for some travelers, especially for hotels that are on the outskirts of towns and are virtually staff-less.

If these few hurdles can be overcome, there is no reason that the automated budget hotel segment should not develop in Russia.  Automation does not necessarily imply the total absence of staff. Recently developed software packages called "property management systems" (PMS) can take on and integrate a host of duties previously done by the employees, from reservation and room management, customer information and accounts receivable to arranging a guest's wake-up call. Liberated from repetitive chores at the front or back desks, better-trained personnel can therefore dedicate more time to being in contact with the hotels guests and solving any issues that may arise. The existence in Europe of a well-developed network of budget hotels shows that the partially or fully automated hotel model is a viable one from an economic standpoint, without compromising on design, cleanliness and the general well-being of guests. The French Accor Hotel group operates around 100 budget hotels representing over 40,000 rooms through the hotelF1 and Etap Hotel brands, mainly in Europe and the Southern Hemisphere. In Russia, Accor plans to open an Ibis hotel in Moscow next year that will be partly automated.

As the low-cost model has shown in the airline industry, clients in Europe have demonstrated that they are ready to forego a certain number of amenities in exchange for a lower price tag. In the lower segments of the service industries, clients in Russia are accustomed to being ignored while standing at the counter, only to be served thereafter by grumpy and bored employees. They will most likely find the prospect of inevitable automation quite enticing.