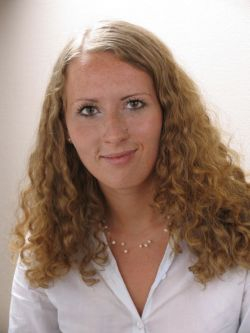 Today we are facing an evident trend followed by almost all large companies: They seek to minimize their spending, irrevocably resulting in the reduction of expenses for employees' housing and a corresponding decrease of average demand budgets. This trend has led to the influx of young specialists without families. Thus the largest portion of requests is now concentrated in the segment of two-room apartments. In contrast, the demand for large apartments has decreased 50 percent.

In Q1 2012 the rental market still shows high activity by potential tenants. Quantitative demand indices are 17 percent higher than the average figures recorded during the same period in 2011.

The greatest interest by potential tenants is concentrated on properties located in districts such as Tverskaya–Kremlin (15 percent), Arbat–Kropotkinskaya (12 percent) and Leningradsky Prospekt (10.5 percent).

The increased interest to two-room properties recorded in the end of 2011 remained in the first quarter of 2012 changing the traditional room demand structure. The demand for the largest apartments remained at the previous year's level and did not exceed 15 percent.

Budget segmentation of the demand has not undergone any considerable changes during the last quarter and still shows an increased demand for apartments in a price segment of up to $6,000 (about 75 percent).

In 2011, there was a slow but noticeable and stable growth in the number of free properties in the elite rental market. However, the start of 2012 showed a tendency of decrease in their quantity.

During the last three months, the number of properties offered for rent in the elite rental market decreased 5 percent in relation to December 2011.

There was no considerable change in the supply structure in terms of number of rooms. The largest portion (40 percent) of properties is represented by three-room apartments.

At the end of the first quarter of 2012, more than half of high-budget apartments were offered in the price segment of up to $6,000 per month, which corresponds to the figures recorded in 2011.

The first quarter of 2012 showed a continuing tendency to stable growth of average prices in the elite rental market.

Against the background of decreasing supply and high level of demand, there is a continued tendency of growth in average supply budgets, During the first quarter of 2012 they were at the level of $7,226 per apartment per month and demonstrated a growth of 8 percent during the year.

The highest budgets are still recorded in districts such as Arbat–Kropotkinskaya and Lubyanka–Kitai-Gorod (25 percent higher than average prices).

As of the end of the first quarter of 2012, the average rental budget of an apartment requested by a potential tenant was $4,953 per apartment per month.

Despite the high activity of potential tenants, the market has not yet returned to pre-crisis levels. Today the portion of requests in the budget of up to $4,000 per month amounts to 60 percent, which is twice as much as before the crisis.

Tests of a third EpiVacCorona shot on animals have “confirmed increased and prolonged immunity,” a researcher said.
verification needed

C.Africa to Probe Claims of Abuse By Troops, Russian Forces

LIVE | Coronavirus in Russia: The Latest News | May 5

The hero of 80s and 90s hits including "Hard to Kill" and "Under Siege" shared his love of martial arts with Venezuela's embattled leader.