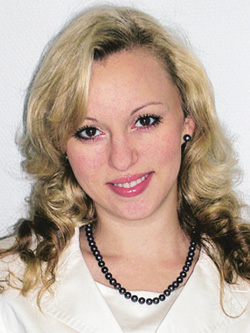 Women have made dramatic strides in the work force across the globe, but as study after study has documented, they still lag behind men significantly. According to the Organization for Economic Cooperation and Development (OECD), the rate of female participation in the labor force is significantly lower than that of men in all countries. On average in OECD countries, about 60 percent of women are employed.

The implications of this fact go beyond issues of gender equality. Two trends are now reshaping the world of work: the growing dominance of the service sector and the shrinking working-age population. These two trends add up to one indisputable fact: The global talent squeeze will only get tighter, especially so after we finally emerge from the financial crisis. The recession doesn't mitigate matters over the long term. Even now, positions at all levels continue to go unfilled in such service-sector fields as engineering, IT and health care. To address the problem, governments and enterprises must figure out how to expand their work forces now. And to do that, they should look to one particular demographic group that is woefully underrepresented in the formal economy and has much more to contribute: women.

The benefits of their participation are striking. Better use of the world's female population could increase economic growth, reduce poverty, enhance societal well-being, and help ensure sustainable development in all countries. They are already moving into service-sector jobs with relative ease and would probably do so in greater numbers if they could. But there are many barriers to their participation. Some of those barriers are cultural and therefore difficult to address at the policy level. But many are structural — vestiges of an age when the five-day, 40-hour week was the norm, men were the primary wage earners, and few women sought work outside the home. That model is impractical for many women who bear primary responsibility for child care and other family obligations.

Many women cannot be office-bound for eight consecutive hours Monday through Friday. They need work that lets them choose where and when they get their jobs done. This fact has not gone unnoticed, and many companies across the globe have adopted such women-friendly policies as job-sharing, "flex time" and telecommuting. But most of these initiatives are little more than variations on the 40-hour workweek, and labor laws tend to reinforce this outmoded concept. Truly flexible work practice must allow people to set their own schedules and escape the office if that's practical. Jobs in the service sector — where the need for new workers is greatest — can often accommodate this kind of arrangement. Moreover, flexibility alone isn't enough. Employers still tend to see work done outside the 40-hour-a-week model as less valuable — a "holding pattern" for women as they throttle down to attend to family concerns. That attitude must change. A paradigm shift is in order. We must do away with time-tracking and leverage the technology that allows individuals to work and collaborate with ease over distance and time. And we must create paths toward advancement for women — and others — who do not sit in an office five days a week, eight hours a day, so that they can achieve success at a pace that works for them and, in turn, for everyone. To reach that goal, policy makers can start by revisiting two areas that reflect the old way of thinking about work and discourage women from participating:

For example, 93 percent of women in the United States who take a career break — usually to have children — want to return to work, but only 74 percent do. There are a number of reasons for this, including the duration of protected maternity leave, the availability of part-time work, the ability to work from home and the freedom to avoid overtime. True flexibility would address these concerns.

Getting women into the work force is vital, but it's just as important to keep them there. Pay inequity continues to be a problem. Women in OECD countries earn an average of 17 percent less than men. In the United States, the difference is 20 percent. In Russia, it's even more. The good news is that many governments have taken steps to promote parity. While it is true that women have moved to the top of many companies, there is still a broad perception that they don't get as many chances for advancement as men, and this perception may be a deterrent to participation. And "flexibility" must extend beyond structures to attitudes: We must value work for the skills and experience that people bring to it. We must value results and knowledge gained rather than time spent in the office. Moreover, we must clear paths toward rewarding work done flexibly with career advancement. If we don't, the drive to "flexibility" can too easily end up relegating women to less secure, low-paying jobs with few or no options for advancement. Regardless of the job level or type, policies that support the rights of women and allow them to develop professionally while balancing work and home duties will reward organizations with higher employee engagement and retention levels.

Finally, governments and enterprises can't do it all. Women themselves must take initiative. Education and training programs are obvious points of entry and women have made much progress there. Across the globe, more women than men are graduating from university. And for many women, entrepreneurship is a solution. Across the world, women business owners are rewriting the rules of work and reshaping economies, especially in developing regions. According to the Global Entrepreneurship Monitor, "Female entrepreneurship is an increasingly important part of the economic makeup of many countries and might be a key contributor to economic growth in low/middle-income countries."