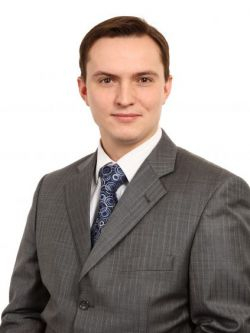 The current rates of customs duty on new passenger cars are 30 percent of the customs value of the car, but not less than 1.2 to 2.8 euros (depending on the engine capacity) per cubic centimeter of engine capacity. In accordance with obligations undertaken by Russia to the WTO, the rates will have to be reduced, upon Russia's accession to the WTO, to the level in force up to 2008, and then, within seven years, to 15 percent of the customs value taking account of the fact that in the first three years there will be no reduction. It is expected that new classification codes will be introduced for ATVs (All Terrain Vehicles) and SUVs (Sport Utility Vehicles) with the specifics of the import customs duty reduction.

Bearing in mind that the authority to amend rates has been handed to the Eurasian Economic Commission (EEC), for Russia to comply with its obligations, the EEC will have to adopt the relevant decision. Such decision, as we understand, shall come into force at the same time as the federal law on ratification of the GATT WTO.

The main objective of the "industrial assembly" investment regime is to establish in Russia the full-cycle high-technology production of motor vehicles, units and integral units thereof. To implement this objective, customs duties have been established at 30 percent on the import of completely built vehicles, and with respect to car components special customs codes "for industrial assembly" with rates zero to 3 percent of customs duties have been established. The application of special codes "for industrial assembly" is provided by conclusion by a Russian entity of an agreement with the Russian Economic Development Ministry and by obtaining a confirmation of designated purpose from the Industry and Trade Ministry. The effective procedure stipulates different "industrial assembly" rules for car manufacturers (basic rules and rules for large manufacturers), and also for component manufacturers.

The requirement on localizing manufacture (from 30 to 60 percent), i.e. changing import components on components produced in Russia, as the condition of applying the reduced customs duty rates contradicts the GATT WTO. In this regard in connection with its accession to the WTO, Russia undertakes to not enter into new agreements regarding "industrial assembly" or of extending those that have already been concluded. Moreover, special codes with reduced rates of customs duty may be applied only until July 1, 2018. Taking into consideration that some of the agreements already entered into will remain in force after the above date, the Russian government will take measures corresponding to the WTO's requirements to compensate car manufacturers for the abolition of the reduced rates.

In May 2011, the Federal Customs Service (FCS) abolished the Russian State Customs Committee's Order No. 727, dated June 28, 2004, on controlling the customs value of specific goods, which established a special control procedure (the "Special Procedure") for the customs value of specific types of goods. This Special Procedure was applied by official car distributors and consisted of a preliminary check by the FTS of a cross-border transaction with a view to revealing the potential risks and releasing the goods at the customs value declared by the declarant with ongoing control over the authenticity of the information provided. This approach allowed control to be exercised in relation to goods imported by other importers. In turn, granting to the importer the right to apply the Special Procedure also provided it with specific guarantees of goods being released by the customs authorities without delays and, accordingly, of its contractual obligations being performed. Importers that used this procedure highly appreciate the way in which it was applied, and when it was abolished, there ensued formal claims against major car importers that were considered unlawful by the state commercial ("arbitration") courts (please see, for example, Decision of the Supreme Arbitration Court No. VAS-10363/11, dated Aug. 9, 2011, and No. VAS-7807/11, dated June 23, 2011; Resolution No. A56-68408/2010 of the Federal Arbitration Court for the Northwest Circuit, dated Dec. 13, 2011; Resolutions of the Federal Arbitration Court for the Moscow Circuit No. A40-144768/10-93-536, dated Nov. 21, 2011 and No. KA-A40/2971-11, dated April 18, 2011; and Resolution of the Federal Arbitration Court for the Far East Circuit No. F03-5567/2011, dated Nov. 16, 2011; etc.).

However, the FCS is gradually moving back to differentiating importers by classifying them in terms of the good faith they show, with a view to increasing the effectiveness of customs control. The FCS has issued several orders in respect to the importers of the following goods: car components and their parts, units and sets used when undertaking industrial assembly of motor transport vehicles in Russia and other corresponding products (Order No. 1945, dated Sept. 26, 2011), raw materials, equipment and parts used in production activity (Order No. 1948, dated Sept. 26, 2011). Companies that correspond to the categories established may contact the FCS with a view to the above order being extended to apply to them. We hope that the FCS will further expand the list of such goods.

At the same time, it seems illogical that the FCS does not apply similar risk management approaches to companies that have obtained the status of authorised economic operator. Our view is that this institution is a composite element of the system for managing customs risks. Splitting up these concepts is artificial and obliges good faith companies to undergo the same procedure twice, which can hardly be regarded as simplified customs administration.

After retiring from the Russian Air Force at the rank of lieutenant-colonel, Vitaly Votanovsky got involved in political activism in the southern Russian...
'time to prove themselves'

Chechen leader Ramzan Kadyrov said Monday he would send his teenage sons, including his 14-year-old son Adam, to fight in Ukraine. “It's time to...