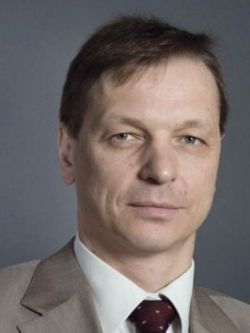 It is extremely difficult to say anything definitive at this stage about the legal consequences for Russia of joining the WTO, yet, analyzing the legal framework of Russia and the WTO, the following might be assumed. All WTO member countries assume the obligation to fulfil the main treaties and legal documents of the organization. So, from the legal point of view, the WTO system constitutes a sort of multilateral contract (set of agreements), the norms and rules of which regulate most of all world trade in goods and services. As for the changes in Russia's legal sphere, initially certain changes will have to be made in the application of the customs rules. A number of changes will be entailed by the WTO condition on equalizing internal and world prices for fuel, electric power and transport — true, this will not happen immediately.

Russian law enforcement practice and rules will have to be aligned with the WTO rules in the sphere of customs valuation of goods, which can only be welcomed. For instance, the Russian legislation contains no precise solution to the problem of including interest payments to the customs value of imported goods, whereas the WTO does (VAL/6/Rev.1 October 1, 1984). Again, a Russian importer related to the seller is more restricted in proving absence of impact of their relationship on the transaction value of imported goods during customs clearance than such an importer is from a WTO member country (for details, see Article 1(2)(b) and Interpretative Note to Article 1(2)(b) of the WTO Valuation Agreement), the reason for this restriction being absence in the Agreement between the Government of the Russian Federation, the Government of the Republic of Belarus and the Government of the Republic of Kazakhstan of Jan. 25, 2008, "On determination of the customs value of goods moved across the border of the Customs Union" — Customs Union Valuation Agreement — of a rule corresponding to that established by Interpretative Note 3 to Article 1(2)(b) of the WTO Valuation Agreement (GATT 1994). Exactly speaking, this proof is not available to Russian importers in the course of the customs clearance and/or post-control: "As a further example, where it is shown that the price is adequate to ensure recovery of all costs plus a profit which is representative of the firm's overall profit realized over a representative period of time (e.g. on an annual basis) in sales of goods of the same class or kind, this would demonstrate that the price had not been influenced." (The last sentence of Interpretative rule 3 to Article 1(2)(b).) True, it should be noted that, in litigation, the importer of record and/or its representative are not bound by the proofs stipulated [by the Russian Law on Customs Tariffs and] the Customs Union Valuation Agreement; moreover, the burden of proof is transferred from the importer or record or its representative to the customs in a court of law, though I am not speaking here about courts but about freedom of trade. Yet what freedom of trade can there be if, quite often, the only way to prove oneself right is through the courts?

More examples can be given but the conclusion is likely to be the same: the legislation of the WTO contains answers that cannot at the moment be found in Russian or Customs Union laws, which is precisely why, I hope, Russia joining the WTO will allow some problem foreign trade issues to be effectively resolved.

In general, the main goal of the WTO is to ensure freedom of trade. This is achieved "by means of the stronger and clearer legal framework resulting from the Uruguay Round for the conduct of international trade, including a more effective and reliable dispute settlement mechanism" (Clause 1 of the Marrakech Declaration). Accordingly, Russia, by assuming obligations within the WTO framework and ratifying the above-mentioned Uruguay Round Agreements, will become a full-fledged member of the WTO (which should happen no later than July 17, 2012, subject to the vote of the Ministerial Conference on Dec. 15 to 17, 2011, and further ratification at Russian national level). At the same time, the WTO will also acquire the right to influence national legislative acts concerning, in particular, protection of the environment and social standards, or decisions taken at the national level with respect to international trade matters settled during the talks on Russian joining the WTO. Russia thus relinquishes to the WTO part of its legislative sovereignty. At the same time, in the event of infringement of its rights on the part of any member of the organization, Russia will be able to file a relevant appeal to the WTO Dispute Settlement Body, the decisions of which are binding on each WTO member at the national level. Such right to appeal is enjoyed only by WTO members represented by their governments. According to the Russian Federal Constitutional Law "On the Government of the Russian Federation," the government takes measures to protect the interests of domestic manufacturers of goods and providers of work and services. So, after Russia joins the WTO, the Russian government will obtain a legal opportunity to protect the domestic manufacturer (whatever this expression might mean as there is no legal definition of it) in the international arena in accordance with the WTO Rules and Procedures Governing the Settlement of Disputes. And this, perhaps, is the most important advantage of Russia joining the WTO.

The American company plans to fully exit the Russian market after selling the brand to a local buyer.
Diplomatic Tensions

If confirmed, the measure that could impact thousands of Russian Jews who want to repatriate to Israel.
Imports Return