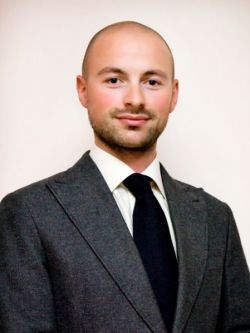 On Jan. 1, 2010, a single social tax was replaced with insurance premiums paid into the Pension Fund of Russia, the Social Insurance Fund of Russia and Funds for Mandatory Medical Insurance.

At its very core, the new premiums do not differ much from the previous system of taxation and represents a tax on wages that the employer pays so the state can provide for the material interests of employees upon retirement, disability, pregnancy, parenthood, as well as the need for medical care. In other words, these premiums are used for the payment of pensions and benefits in addition to payments for medical services in the previous mentioned occurrences.

Foreign citizens who are recognized as temporarily residing in Russia, those who arrived either by visa or via a visa-free regime but do not have residency status in Russia, are currently not subject to mandatory social insurance programs. In this regard, foreigners falling into this category are not entitled to receive a state pension, associated benefits and free medical care. The only thing to which they are entitled is free emergency medical care. As of Jan. 1, 2012, Russian authorities will be obligated to pay the premiums to the Pension Fund of Russia of employers who have hired foreigners temporarily residing in the country either indefinitely or for a period not less than six months. This new introduction does not affect the hiring of "highly qualified specialists" (those earning more than 2 million rubles per year).

An analysis of the adopted amendments to the legislation allows us to conclude that the authorities are attempting to top up the Pension Fund of Russia. The new rules do not provide increasing levels of social assistance of foreign citizens who are temporarily residing in Russia with the intent of pursuing employment, in as much as premiums will be applied only to the Pension Fund of Russia, thus foreigners temporarily residing in Russia acquire the right only to a pension. However, the likelihood of a foreign citizen applying for a pension after having worked in Russia for only a brief period of time is small. In this regard, any funds that were contributed to the Pension Fund by employers for foreigners who were temporarily residing in the country will not be in demand at a later time, thus those funds can be used for other purposes, including additional funding of pensions for Russian citizens.

Thus, beginning at the first of the year, there will be an increasing financial burden on employers employing foreign citizens who do not have a permanent or temporary residency in Russia.

For the fiscal year 2012-13, the total insurance premium rate for a foreigner temporarily residing in Russia whose salary does not exceed 512,000 rubles (roughly 16,000 U.S. dollars) per year is 22 percent. After the point where a foreigner's salary, calculated cumulatively from the beginning of the year, exceeds this threshold, the insurance premium rate drops to 10 percent of salary earned by the foreign citizen.

These changes affect not only the salary paid to a foreign citizen who is temporarily residing in Russia. For the fiscal year 2012-13, legislators are changing insurance premium rates from the salary of any person(s) employed by either a labor or civil agreement or those who are conducting work that is scientific, literary or artistic in nature. The total insurance premium rate drops to 30 percent from its previous rate of 34 percent. As in the first instance, this given rate will apply as long as the amount of the salary does not exceed 512,000 rubles in a fiscal year. Payments above that given amount will be subject only to the contributions to the Pension Fund of Russia at a rate of 10 percent.

The G7 also said Moscow must allow grain shipments and let Ukrainians taken to Russia against their will to return home.
behind the scenes

Sofia Sapega’s lawyer said that she could be pardoned by Russian President Vladimir Putin in the event of her transfer.