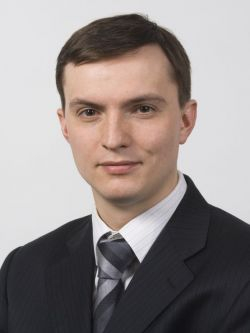 The Russian government's Resolution No. 565, dated July 12, 2011, allows application of the customs procedure of processing goods for domestic consumption. The main goal of this procedure is to enhance import substitution by incentivizing production in Russia.

The list of goods that can be placed under the procedure of processing goods for domestic consumption consists of more than 40 items, including some types of coloring agents, plastics, textile, black metals and IC chips, among others. The customs duty rates with regard to such goods range from 5 to 15 percent. As the Russian Federal Customs Service (FCS) clarified, the list of goods has been made to boost the production of components for the assembly of motor vehicles in Russia.

It is worth remembering that the regime of "industrial assembly" of motor vehicles, components and parts was introduced in Russia in 2005 and significantly modernized in 2011. It provides for the production of vehicles and components to be localized step by step in Russia. Under this regime, imported goods may be assigned special codes of the Customs Union Commodity Classification for Foreign Trade, i.e. codes of goods "for industrial assembly," meaning that the latter qualify for a zero or a reduced customs duty rate, as long as the importer undertakes to arrange for the cars to be produced in Russia.

As noted above, the prerequisite for applying the industrial assembly regime is organizing production in Russia with the value added in Russia being increased gradually, including by localizing the production of components. However, for such components to be manufactured, a number of subcomponents may need to be imported that, according to the experts of the Russian FCS, cannot be assigned the codes for industrial assembly that make them eligible for zero or reduced customs duty rates. Consequently, manufacturers of car components have to pay import customs duties varying from 5 percent to 15 percent of the customs value or, alternatively, apply the customs procedure of processing goods for domestic consumption.

The substance of this procedure is as follows. Under the general customs tariff escalation rule, the more "processed" the imported goods are, the higher is the customs duty rate. However, for various economic reasons, this rule is not always observed and the customs duty rate for the finished products may turn out lower than the rates applying to components/raw materials out of which the products are made (e.g. baby food made of meat or vegetables). As a result, the importers find themselves in a position where they are better off importing final products manufactured abroad, rather than importing components and raw materials to be further processed in Russia (which would be a contribution to industrial development, an incentive for scientific research and a factor driving job creation). The customs procedure of processing goods for domestic consumption has been brought forward to put this right and to stimulate production in Russia.

The main condition for applying this customs procedure is that customs duties payable for imported raw materials or components should exceed the value of customs duties payable for the finished products. This condition is automatically met where the finished product classified under the codes with a zero customs duty rate. Alternatively, the customs value of components and the rate of yield may be subject to fluctuations that cannot be taken into account by the Russian government when it approves the list of components to be placed under this customs procedure.

Yet there is a fly in the ointment. The economic effect of this forward-looking customs procedure is offset to a large extent by the VAT payable on the imported components placed under the customs procedure. By virtue of the Russian Tax Code, this VAT may not be deducted. Consequently, the import VAT will constitute additional cost for the importer.