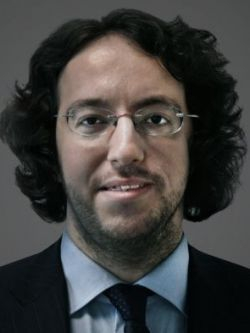 Distressed debt became a central issue globally in the 2008 financial meltdown and the handling of it impacts on the willingness of creditors to resume lending and getting the economic wheels moving again. Although nobody wants to think of the worst, simple precautions can help put lenders in a more certain legal position, and enable them to have a better understanding of the processes involved when debtors hit the rocks.

Although both lenders and the borrowers are to some extent in denial about the possibility of new problems, the current market volatility, coupled with the threat of a new economic downturn, will see many market players with a Plan B in mind. This applies to financial debt, as well as companies working on deferred payments or under leasing schemes.

We have seen active preparations in Russia for market volatility through intense "stress tests" and action plans that kicked off in 2Q11 and accelerated after the August 2011 turmoil.

What can creditors and debtors do by way of preparation on the legal and logistical side? 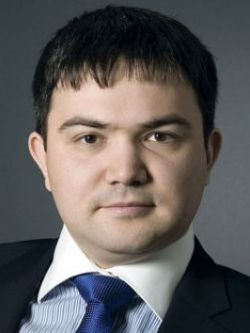 The first obvious thing to do is dig out all debt evidence for analysis. It is not uncommon in Russia to find creditors with insufficient supporting documentation, simply because the legal aspects of the loan were considered secondary to closing speed and trust at the time the deal was concluded.

The first signs of distress should trigger a face-to-face meeting between the parties with information disclosure and a reassurance of trust. Access restrictions to financial/accounting information, delays in audited accounts or a switch to an unknown auditor, as well as barriers to monitoring pledged assets, should ring alarm bells.

Avoid information leakages on potential restructuring talks, which may ruin the valuations of a public company or scare off suppliers. Sharing information with other creditors to coordinate actions may violate confidentiality clauses, and advice should be sought on how to approach this.

Engage a pool of advisers to act for you, such as turnaround experts, litigation/finance lawyers, appraisers and forensic asset tracing experts. It is better to engage them and keep them on standby, because later on the best of them may be conflicted out or overloaded with deals.

Evaluate your leverage, which may lie in things like termination/acceleration triggers or assignment clause provisions, which may restrict your counterparty or give it full freedom to assign to anyone, including your business rivals.

Ascertain the value of underlying assets in the case of enforcement in debt deals, or repossession in leasing deals. Do not assume that you still have valid security/lien, unless you inspect its physical existence and get up-to-date extracts from the relevant Russian registers, since there is always scope for irregularities.

Monitor litigation activities against your counterparty. A recent upgrade of Russian court infrastructure allows you to monitor ongoing litigation or bankruptcy claims online at http://kad.arbitr.ru. Based on an existing judgment you can evaluate the companies eligible for any bankruptcy claim, based on statutory criteria. Russian or international arbitral proceedings (as opposed to Russian state courts) are usually not held on a public basis and will not be in the public domain.

Request information on other major creditors, and consider the arrangement of a credit committee with a potential agreement on action to avoid a race to the court and a gridlock of bankruptcy claims by individual creditors.

What restructuring tools are available in Russia?

The typical distress negotiation points common in Russia, and in line with international investor expectations, are margin increases, extension fees, and the granting of new security. Equity injections, and security granted by close relatives holding assets for the benefit of a debtor are quite rare in Russia.

Bankruptcy risks should be evaluated, along with the chances of challenging security or other arrangements on a preference basis, at an undervalue or otherwise. The hardening periods for challenging such transactions vary from one month to three years, depending on the impact to other creditors.

Debt to equity conversion became available with amendments to Russian corporate law in 2009. Certain restrictions and complications may still apply and require structuring. If a company has relatively liquid debt instruments of a longer tenor of interest, a debt-to-debt swap is also available in Russia, but requires careful structuring.

The possibility of a sale to a financial or strategic investor of debt should be verified, based on an assignment clause wording and the track record of such an investor in Russia, which will not jeopardize reputations.

Litigators should be involved at the early stages of distress, since they are the ones to advise on leverage and negotiation weaknesses and positioning.

Nothing is easy or bulletproof in a dispute in Russia, and the usual litigation dilemmas tend to be:

Dealing with distressed debt can be an intensely stressful experience. Creditors can make their experience less stressful by keeping in mind an understanding of legal safeguards, as well as providing their lawyers a better starting position.

A Russian actress and a film director returned to Earth Sunday after spending 12 days on the International Space Station (ISS) shooting scenes for the...
FAKE SPIRITS

Authorities have launched an investigation into a prison riot involving at least 200 inmates.