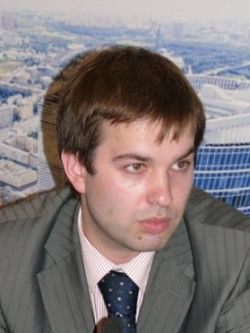 On the whole, over the last six months we can observe a steady increase in investor interest in land and property located in Russia. This tendency is partly attributed to prices, which for the preceding two years have undergone a substantial correction. At the same time, investments in land are subject to certain risks that an informed investor should know about.

First of all, by virtue of the provisions of sectoral legislation (the Land and Urban Development Code, as well as other sectoral legislation), certain policies can be implemented that can significantly affect the opportunities for further land development. For example, constructing real estate on land near airports is allowed only after meeting certain requirements and receiving the consent of the airport's owner. There are also specific requirements relating to sanitary-epidemiological legislation when acquiring a plot of land. Reconciling these bodies does not always occur in law enforcement, but that does not reduce the value that they bring to these procedures. At the same time, the absence of such agreements can serve as grounds for authorities to go to court and demand compliance with the requirements before a property can be built.

Also, the situation is somewhat more interesting if the subject of investment is an "elite villa community with its own marina and stunning views from windows." For example, water and environmental law has a special provision for public access for an unlimited number of people to water facilities, as well as to areas directly adjacent to them. Being in close proximity to an old forest demonstrates not only a good ecological environment around the settlement, but also emphasizes the need to comply with legislation on specially protected natural areas and on the use of forest lands.

Recently, the trend in Russia is to give more attention to complying with requirements regarding legislation on protecting the natural cultural heritage. The presence of an elite village near a historic natural landmark can mean that the village falls within the jurisdiction of a special regulation on buildings, leading to appropriate implications for developers who do not comply with necessary requirements.

Failure to follow the established rules may be grounds for terminating land rights and recognizing the property as an unauthorized construction. In general there are roughly 10 separate regimes, each of which creates additional risks for the long-term investor. Most of these regimes are superfluous and there is not enough information about them in public registers, which is not a good sign for the safety of your investments. At present, considerable efforts to remove unnecessary administrative barriers in the construction industry are ongoing.

An important question that must now be taken into consideration when looking at potential investments is the accurate price of a respective plot of land. In this regard an investor can get an accurate idea by asking two questions: the cadastral value of the land (if the land is owned) or the land's rental value (if the land is leased from state or municipal bodies). The value of the latter can be expressed either in percent or absolute terms.

Marginal land tax rates are currently set by the Tax Code and can be reduced on the decision of local authorities. Regulating rent is more complex. The basic document provided by the Russian government to deal with this issue is dated 16.07.2009, No. 582, and sets the guidelines for determining rent for land held in federal, regional and local ownership and rental rates for federal property. It should be noted that this document was for a long time not published, and it has strongly, negatively influenced the rental market. Due to the complicated process of separating out state land, which is ongoing, a significant amount of land is now owned by local governments. With no significant sources of income, such bodies continue to set discriminatory rates for tenants with healthy finances. It is necessary to challenge the authorities' actions in order to comply with competition guidelines and those determining the rent.

The format of this brief report prevents us from touching on the wider issues of land investment activity, but the conclusions presented in this article at least allow us to begin to form a definite opinion.