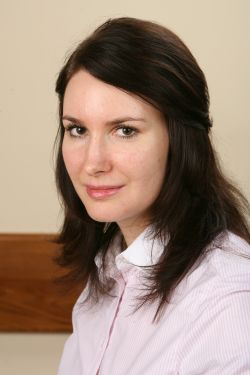 Adversity is a great schoolmaster. M&A court practice is created only when something goes wrong. Usually courts render either cases with regard to invalidation of company's acquisition or disputes for control over the company among the stockholders. Most often these disputes are entangled and inseparable from one another.

2010 and the beginning of 2011 were full of information regarding forthcoming and recent M&A deals. This period was also full of corporate conflicts between participants of Russian companies, among which were disputes for control over Norilsk Nickel and Rostelecom; between the owners of a major outlet chain Lenta; between shareholders of TNK-BP with regard to the transaction between BP (TNK-BP shareholder) and Rosneft; and between VTB, which had purchased shares of Bank of Moscow, and one of the principal minority shareholders of Bank of Moscow, Andrei Borodin.

Even though quite a number of disputes are resolved either out of court or in courts of other jurisdictions with application of English law, a considerable part of rules for M&A transactions in Russia are still generated by Russian courts.

In such case, through studying court cases, investors learn from the mistakes of others by using court-elaborated approaches when making their own transactions.

For example, a lot of issues arose from the court decision based on the claim of LLC Kores Invest (Case No. А40-58081/09-83-445) and this decision should be considered in case of acquisition of strategic companies (companies engineering weapon, designing nuclear stations, exploring and exploiting shelves, extracting gold, diamonds, etc).

According to the legislation, if a foreign investor or a group of entities gains control over a strategic company, approval of a special government committee is required. The Federal Anti-Monopoly Service (which is in charge of approving transactions for deals that companies want complete) believes that if an actual acquirer of the company (investor) is a Russian legal entity or individual, even if foreign companies are within its group of entities, approval is not required. At the same time, the court invalidated acquisition of the company because of absence of such approval, in the case of LLC Kores Invest.

The situation created by the court's decision is very ambiguous because the relevant authority does not want to give its approval for certain transactions while courts find transactions invalid without it. Let's hope that this situation will be solved in the nearest future by clarifying the legislation or by other means.

A lot of disputes solved by Russian courts are fights for control over the company after the M&A transaction is completed. In some cases, the rest of the company's shareholders try to prevent the company's development in a way consistent with the new investor's policy, challenge decisions of the company's authorities, etc.

In such a situation, while planning the M&A deal, it is necessary to plan future relationships with other shareholders. Taking into account recent court practice, even minor shareholders should be taken into consideration.

For example, due to the famous litigation between Rosneft and its minority shareholder, Alexei Navalny, who demanded disclosing information on the company's activities while he owned just a few shares, two supreme judicial instances (the Russian Supreme Arbitration Court and the Russian Constitutional Court) pointed out that the company must give the information required by law about the company to the company's shareholders, notwithstanding the number of shares they own. The list of information is rather huge and consists of minutes of shareholders and board meetings, the company's agreements, etc., so the request for information can be very noticeable for the company.

It's interesting enough that according to the Supreme Arbitration Court clarifications, participants/shareholders are not obliged to disclose their aims or reasons when requesting information from the company. At the same time the Supreme Arbitration Court pointed out that courts are entitled to refuse to provide information to participants/shareholders if they abuse their right, inter alia, when they are competitors of the company. How these contradictory recommendations will be applied in practice is not clear so far.

To sum up, analysis of the recent court practice shows that at the stage of M&A planning it is necessary not only to consider compliance with all required procedures for acquisition of a company per se, but most important is to consider the strategy for future relationships with other shareholders when M&A transactions are completed (should there be shareholders like this) or while the M&A transaction is in process.

Hopefully the existing precedents can help us learn from other people's mistakes.