Contribute Today
By Sergei Tiunov
May 9, 2011 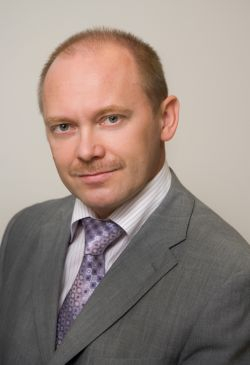 During the process of providing accounting services for clients, they often ask about the current tax situation in Russia. To address this question, I would like to share my thoughts on the issue.

The accounting outsourcing business, which the author has been involved in for the last fifteen years, strongly depends on the willingness and readiness of entrepreneurs to comply with tax legislation. Unfortunately, fully transparent companies are still in the minority on the market and the tax system is the front line in the never-ending tax battles.

The perceptions of tax obligations among Russians significantly differ from ones in developed economies. Somehow, tax avoidance in Russia was for years widely perceived as appropriate behavior, and the more risks an entrepreneur would take, the more respect he would have.

Unfortunately, efforts of the state ­toward enforcement of tax legislation only reduces the total number of "brave entrepreneurs" who would still take their chances in tax-saving schemes, but does not change the ­overall perception of the majority of ­people, who are still quite disloyal to the tax system.

An outcome of such a situation is never-ending competition between the state and its citizens on who is more creative in cheating the other side.

The reduction of the tax burden, which we experienced during the last several years in Russia, was the right move in developing more loyalty to the tax system among people. Of course, the state should have gone further in this ­direction and radically changed priorities of the tax authorities from maximum absolute tax collection here and now to facilitating quick development of prospective businesses, which will generate more tax streams in the future.

This year we see a significant increase of social contributions, which does not increase loyalty of taxpayers and in significant degrees reduces the chances of reduction of the "gray economy" among small and medium businesses, which constitute the foundation of the market economy. Such inconsistency of the state in tax policies only ­reduces the chances for acceleration of economic growth. This author even believes that the level of penetration of law-abiding ­behavior among citizens is a more ­important indicator of economic growth potential than tax collection statistics.

Only a society where the tax system is the product of consent between the citizens and the state has chances for prosperity.