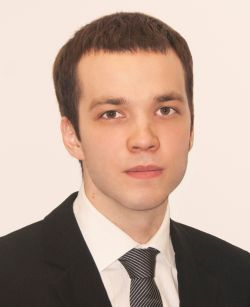 The practice of applying labor laws with respect to mass layoffs of employees in Russia during the recent global economic crisis has once again laid bare sensitive and unresolved legal issues concerning the procedures for reductions in force and staff reduction. In this article, we examine what we see as the most basic of these unresolved issues.

It would seem not. Due to the inherently illogical nature of this right applying to provide a preferential right to a position that is being eliminated altogether, employers and courts have simply found it not to apply, on the basis that there is no one to compare the relevant employees to — after all, such a comparison could only be made "within" the same position, and during a staff reduction the position is being eliminated entirely. Therefore, the employer does not need to think about who will be leaving and who will be staying, since everyone who occupied the position being eliminated will be "leaving."

Another question that often arises in connection with reductions in force or staff reductions is whether the preferential right should apply when offering another position to employees subject to dismissal (e.g., in cases where two employees are to be dismissed from a given position, and there is only one vacancy in another position suitable for these employees). Can the employer offer the lone vacancy to the employee that it simply "likes better" rather than to the one who has a preferential right, who will then be dismissed from the company altogether?

A literal reading of the Labor Code provisions indicates that in such a situation the company can offer the vacancy to any employee as it sees fit, regardless of preferential rights. This means that the employer, after offering a different position to both employees who are to be dismissed, and receiving their consent to be transferred to the new position, is entitled to choose freely which employee to transfer and which to dismiss. This also seems entirely reasonable given that, for example, an employee's qualification and productivity can only be assessed in conjunction with a specific position; the fact that an employee worked effectively in the "downsized" position does not mean that he or she will work just as effectively upon being transferred to the vacant position. Nevertheless, since the law does not give a direct answer to the question of whether the preferential right needs to be taken into account when offering vacancies, the relevant government bodies (i.e., the public prosecutor's offices, state labor inspectorates and courts) have not yet arrived at a uniform opinion on this issue. In the absence of any agreement on the practical application of the law, this legal uncertainty creates frequent headaches for employers.

Another issue that frequently arises in practice and is not resolved by the law is whether to treat the positions of employees that are on long-term leave (in particular, those on secondment, pregnancy and maternity leave or on child-care leave) as vacant (available) and subject to mandatory offer to "downsized" employees. The relevancy of this issue is difficult to overestimate; after all, if such "temporarily available" positions are treated as vacant and subject to mandatory offer to "downsized" employees, then one could surmise that any absence by an employee from work — even for a single day due to a vacation, illness, or simply skipping a day — would render his or her position "temporarily available" and thus subject to being offered to a downsized employee. While this would be absurd, unfortunately the law neither in its plain text nor as applied in practice offers a clear-cut and undisputed answer to the question at hand. Even judges (or panels of judges) from the same court may render diametrically opposed decisions on this issue.

In light of the issues discussed above, one can only hope that lawmakers will not remain blind to the problems faced by the executors and arbiters of the law, but will resolve these issues in the new version of the Labor Code that is currently being drafted. Failing that, as often happens in practice in Russia, the supreme judicial authority, which in the case of labor disputes is the Supreme Court, will need to fill in the gaps in the legislation and provide comprehensive clarifications on the practical application of the disputed statutory provisions.