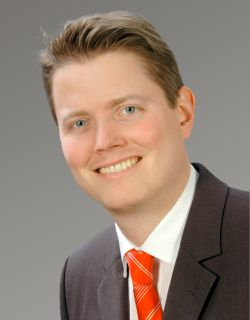 In volatile IPO markets, a SPAC can take companies public with a comfortable level of certainty for the transaction.

In light of volatile capital markets, so-called special-purpose acquisition companies (SPACs) are becoming increasingly popular with investors in European markets. SPACs, which originated in the United States, are newly founded shell companies that raise money in an initial public offering and follow the sole purpose of completing the merger or acquisition of a privately held company (the so-called "business combination"). Since the SPAC is already public, the privately held target company will automatically become publicly listed upon completion of the business combination. The management of a SPAC is mostly composed of prominent sponsors such as Steve Wozniak, the co-founder of Apple; Dan Quayle, former vice president of the United States; or, in the case of a recent European SPAC IPO, the German and Italian executives Florian Lahnstein, Roland Berger and Vito Gamberale. At the same time, the downside for investors is limited. If sponsors fail to present a suitable target company within a certain time period, investors are refunded. In the case of a target company being identified, the SPAC will be required to seek shareholder approval.

Recent examples of successful SPAC IPOs are the listing of Italy1 Investment S.A. on the Milan Stock Exchange in January this year with a placement size of 150 million euros, and European CleanTech 1 SE ("ECT 1") on the Frankfurt Stock Exchange for 115 million euros in October 2010. While ECT1, the second SPAC IPO on the German market, focused on an investment in a clean-tech company, Italy1 was the first of its kind on the Italian market and focused primarily on Italian targets. In addition, the first European SPACs have completed their business combinations making the SPAC industry more mature in Europe.

Although the worst effects of the financial crisis seem to be behind us, fast-growing small and mid-sized companies from emerging markets that are aiming to raise capital through a listing in the European Union or the United States still face significant volatility in the target markets. Together with legal hurdles, corporate restructuring measures and advisory costs, this brings risks and uncertainties that can be avoided by selling one's business to a SPAC. Selling a company to a SPAC is neither difficult nor risky, but also results in a public listing. In fact, SPACs are highly motivated buyers, as the sponsors of a SPAC typically have to complete a transaction within 18 to 24 months. The SPAC is furthermore well prepared to finance the merger or acquisition of a target company with the proceeds of the IPO. In connection with targets domiciled in jurisdictions that impose regulatory restrictions on issuers surrounding going public abroad, the SPAC model is also used to avoid or ease these legal restrictions.

Investors in SPACs get the opportunity to participate in a selected investment at an early stage but, compared with private equity investments, they may benefit from the liquidity and transparency provided by a publicly listed company. In difficult IPO markets, the management of a SPAC can take companies public at a reasonable valuation, which provides investors with substantial upside potential. Investors may also appreciate the chance to follow prominent market experts in making an investment decision.

The legal challenges of a SPAC IPO lie in the structuring process, in which tax and regulatory impacts for the sponsors, the SPAC, the potential target and the investors need to be analyzed, and the pros and cons of the interests of these various groups need to be weighed in a structuring approach on the basis of this analysis. All in all, the SPAC model constitutes an attractive alternative to a traditional IPO abroad and may constitute a new gateway for Russian companies to access the European capital markets.