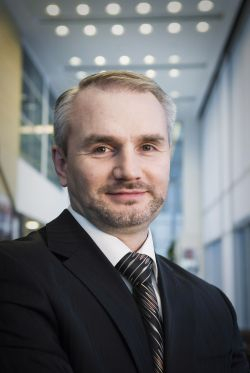 For the IT market, 2010 was a year of recovery from the crisis. According to the market intelligence provider International Data Corporation, the market of information technologies grew by 30 percent. This is a positive trend, as work efficiency both for a particular enterprise and for the entire economy is directly correlated to the level of IT development. Yet there is still potential for growth.

The volume of the Russian IT market today is many times smaller than the market volume in developed European countries. We are falling behind on the level of PC adoption as well. In Russia the level of PC adoption hardly exceeds 20 percent, while in the United States it is 96 percent, and in developed European countries it is 69 percent on average (data from IDC). Why does this matter? The answer is for labor productivity, which in Russia is much lower than in Europe or the United States.

IT technologies are becoming the decisive factor in effective business management, in increasing labor productivity. They shape a fundamentally new philosophy for production management, when business processes pave the shortest and most effective way to success. Well-considered investments into IT technologies are not only a short-term source of decreasing operational expenditures, but also an important part of a strategic foundation for the future. It is good to note that nowadays more and more companies are realizing the necessity of getting rid of inefficient and old-fashioned methods, not to save on IT, but to save with IT.

With the advance of cloud computing in Russia, the influence of IT on the increase of business efficiency becomes even stronger. The ability to rent IT as a service and to pay only for what you really use provides new options for the growth of your company’s business, helping to create new business models and to suggest new services for your customers. For example, using the cloud, the American financial analytics company RiskMetrixGroup made its business more effective with a minimum of expense, having created a whole new set of applications for its customers. The American steakhouse chain Outback increased its level of customer loyalty using Facebook. For data processing, the company applied a special solution integrated with the database in the cloud.

The cloud helps you focus on your primary activity, cut down IT expenses and transfer part of IT expenses from capital expenditure to operational expenditure. With the cloud, Siemens succeeded in expanding its software providing services. According to its own estimate, the company has been able to decrease the total cost of ownership by a factor of 10. Changing to online services can decrease operational expenditures by 30 percent and create a variable cost model, which gives a company the necessary flexibility.

For small- and medium-sized companies the cloud opens up additional opportunities for using state-of-the-art, business-class IT solutions that were previously inaccessible for some reason. According to our studies, 82 percent of small business managers believe that big companies have more competitive advantage because of wider options in using reliable and modern IT solutions.

State-of-the-art IT technologies are able to give impetus to economic development, to make Russia a competitive state, moving confidently into the 21st century.

To solve this task, first we need ideas; second, abundant material and technical resources; and finally an adequate business climate. Russia has never lacked ideas. However, to turn an idea into reality takes money, market knowledge and sales skills. We understand that young creative IT specialists need support, which involves not only initial investment but also positive experience and certain groundwork from people who know how to organize an up-to-date and effective business.

I am certain that, by investing into the development of the IT market, we promote the growth of the country’s economy. I believe that in just a few years Russia will catch up with developed countries both in business and labor efficiency as well as for the level of PC adoption, and will start exporting not only its natural resources but also Russian-made IT solutions.