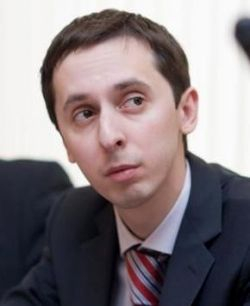 On Sept. 1, 2010, a new law came into force covering the main legal and regulatory framework of drug circulation in the Russian Federation. Even at its draft stage, the new law already became the subject of heated discussions and debates by businesses and other powerful structures.

Is the pharmaceutical market ready for the new law? In general, there will be no major changes in the industry from Sept. 1. The old law will cease to exist, but medicines will not disappear from pharmacy shelves because of some legal oversight. However, consumers may sense certain changes, which can be anticipated with a high level of certainty. When enforced, the law will automatically cancel regional resolutions to regulate the prices of medicines. The law introduces the only rule in the regulation of prices for life-saving and essential drugs, and so all regulation of lower rank loses its relevance. It should be noted that until now, 65 regions of the Russian Federation had been regulating the prices of medicines. Will the prices of medicines rise after Sept. 1? We definitely think so. The prices of medicines and other consumer products always rise, regardless of whether they are regulated or not. It should be mentioned that with harsher regulations and more noticeable interference in markets, it is almost always possible to get the opposite effect. A single principle of pricing was approved by government decree. It is very easy to check how this decree works in practice, by entering the desired medicine into any medicine search engine in Moscow, and you will see that from 5 percent to 30 percent of the capital’s pharmacies sell drugs for a price that differs from the maximum price allowed. Why is this? Is it a technical mistake or deliberate action? I think that the “pharmacy case” is not closed, and that before the end of this year we will bear witness to several more noisy retributive actions.

Let us move from price issues to other less important requirements. The law made life easier for domestic producers, giving them the opportunity not to register the substances from which medicines are made. However, on the other hand, this measure may affect the quality of medicines. The absence of fundamental standards of production in the overwhelming majority of Russian factories and, as a consequence, a weak “inbound control” now requires more careful governmental supervision. In addition, in canceling the registration of substances, we have offered no alternative to production pharmacies that prepare extemporary forms. These pharmacies will make unregistered medicines from unregistered substances, but thankfully such pharmacies make up less than 4 percent of the country’s total.

The new law is a necessary and urgent issue. It should be mentioned that the old law, from 1998, has since gone out of date. Any innovation always causes some discomfort to those whom it concerns, but the law has been accepted, and those who are real professionals in the industry will have to adapt to its standards.