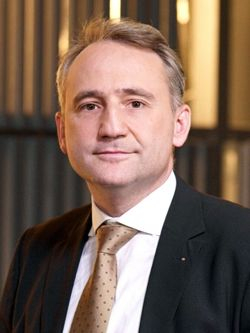 Moscow’s broker community predicts both office rent as well as buying and selling prices for quality office buildings in Moscow’s central business district to rise over the next 12 months. We tend to agree with the former but not the latter, taking into account the still excessive gap in risk perception between Russian sellers and foreign buyers.

Foreign investors look at Russia as an emerging market with an inherent lower gross domestic product per capita of about $11,000 and comparably higher risk. Russians, in contrast, see Moscow rather as a country in itself. Once you follow this line, the risks look different: We are then talking about a country of about 12 million inhabitants with a GDP of about $375 billion, implying a GDP per capita of $31,000, which puts it into the same class as developed countries. The capital of this “country” is the Central Administrative District, or TsAO, roughly the area inside the Garden Ring.

Real estate investment risk in political or economic capitals of Europe, such as Milan, Amsterdam or Frankfurt, is perceived as much lower than in the rest of these countries. The same should apply for assets in the TsAO compared with those in the rest of Moscow.

This argument is even stronger in Moscow, because of the ever-worsening traffic chaos. Moving outside of the Garden Ring means, in many cases, losing contact with Moscow’s business community: Out of sight means out of mind. Moreover, it could mean the loss of a significant number of staff, those who prefer the easy access of offices in the “capital.”

This necessity to live and work inside the Garden Ring considerably lowers the risk of investment in the TsAO. This was confirmed during the recent downturn: As Russian owners did not lower prices to the levels demanded by real estate vultures, overall investment activity came to a standstill.

So, what does this all mean for office tenants and office investors?