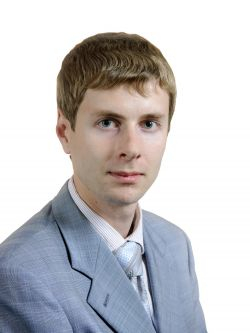 Amendments to the Russian Tax Code that modified the notion of tax resident for personal income tax purposes came into force on Jan. 1, 2007. The notion is crucial for the establishment of the tax rate (13 percent or 30 percent) with respect to the income of foreign employees. To date, there is no well-established judicial practice on the application of this article. The Finance Ministry has only recently started to develop its position on this issue and has been very cautious. In practice, this gives rise to numerous ques­tions related to the essence of such amendments and differences compared with the previous procedure.

— At what rate should personal income tax be assessed for a foreign employee who leaves Russia in early 2010, if the person had the status of tax resident in Russia in 2009?

— At what rate should personal income tax be assessed for a foreign employee (for example, a German citizen) in cases where the person starts working in Russia in November 2009 and is a nonresident subject to the 30 percent tax rate?

1. Rate of personal income tax on the 2010 income of a foreign employee who leaves Russia in early 2010, if the person had the status of tax resident in Russia in 2009:

Pursuant to Clause 2, Article 207 of the Tax Code, tax residents are individuals that de facto stay in Russia for at least 183 calendar days for 12 consecutive months.

It follows from a literal interpretation of the rule of law that 12 consecutive months and, accordingly the aforementioned 183 days, are not pegged to a calendar year and may start in the previous calendar year and finish in the current year.

Therefore, the 13 percent rate would apply to the income of such an employee for 2010, with no reassessment of tax obligations at the 30 percent rate for 2010.

The correctness of this interpretation is also substantiated by analysis of the procedure for adopting amendments to legislation concerning determination of a tax resident.

The aforementioned rule of law in Article 207 of the Tax Code (Clause 2) was introduced by Federal Law No. 137-FZ, dated July 27, 2006. Until then, the concept of an individ­ual, who is a tax resident, was contained in Article 11 of the Tax Code and was defined as follows: “Individuals who are tax residents of the Russian Federation are indi­viduals, who de facto stay in Russia for at least 183 days in a calendar year …”

The Explanatory Note to draft Law No. 181057-4 (which abolished the aforementioned clause of Article 11 of the Tax Code and introduced Clause 2, Article 207 of the Tax Code and was adopted in its final version as Federal Law No. 137-FZ, dated July 27, 2006) stated that such amendments had been introduced to the Tax Code for the following reason: According to Article 11 of the Tax Code, when determining the status of a tax resi­dent, “... the periods of the de facto presence of individuals in Russia that precede a specific tax period are not taken into account. The status of a tax resident of the Russian Federation is acquired by an individual with respect to each calendar year. … To guarantee the rights and legitimate interests of individuals, it is proposed that the Code be supplemented by provisions that clarify the notion of tax resident of the Russian Federation with due account of the continuous nature of the actual presence of individuals in Russia for at least 183 calendar days during 12 months, which started in a period that immediately preceded the current tax period and expire in the current tax period.”

2. Rate of personal income tax levied on the 2009 income of a foreign employee (for example, a Ger­man citizen) who starts working in Russia in Novem­ber 2009 and is a nonresident at the end of the year:

As noted above, pursuant to Clause 2, Article 207 of the Tax Code, individuals who actually stay in Russia for at least 183 calendar days for 12 consecutive months are deemed to be tax residents of the Russian Federation.

Consequently, if a foreigner is employed in November 2009, the person will not be a tax resident and may only become such on the expiry of the specified period.

Consequently, the least risky option that might be accepted by the tax authorities would involve the withholding of personal income tax from the employee’s salary at the rate of 30 percent until the expiry of the 183-day period of the person’s stay in Russia in 2010 (starting in November 2009, unless the employee stayed in Russia before that date) and a reas­sessment of the tax at 13 percent and refund of excessive tax payments for 2010 to the employee. Personal income tax would not be reassessed and refunded for 2009.

However, in our opinion, the company may conduct reas­sessments and return excessively paid taxes to the employee for both 2010 and 2009 (starting from November).

In the above letters, the Finance Ministry does not cite the provisions of the Tax Code that expressly stipulate the impossibility of reassessing taxes for the tax period that preceded the one when the individual acquired the status of tax resident. On the contrary, as stated above, both the current and preceding tax periods should be taken into account when determining this status.

The Tax Code does not regulate the procedure for the reassessment of personal income tax, nor does it restrict such right to the period preceding the one when the individual acquired the status of tax resident, provided that it is within the period of 12 consecutive months.

In this case, a reassessment for the current period that does not take into account the previous period would attest to a lack of consistency in the application of this rule of law by the Finance Ministry. Such an approach of the competent authority would also violate the princi­ple of taxation equality (Clause 1, Article 3 of the Tax Code) in a situation where, for example, one foreigner comes to work in Russia in December, while the other comes in August. In both scenarios, these individuals would not be tax residents of the Russian Federation at the end of the year and would only become tax residents once they had been resident in Russia for 183 days. However, proceeding from the position adopted by the Finance Min­istry, the first foreigner would be entitled (on the expiry of 183 days in the next tax period) to a reassess­ment and refund of personal income tax for all the months (from January to May), other than December of the previ­ous year, whereas the second foreigner would “lose” five months (from August to December) and would only be entitled to a reassessment of personal income tax for Janu­ary of the following year (on the expiry of 183 days).

Neither article of the Tax Code contains legal grounds for the application of the aforementioned pre­sumption. Otherwise, personal income tax should have been assessed at the 30 percent rate from the salary received by Russian citizens, until the latter proved that they actually stayed in Russia for at least 183 days. As we know, however, this does not happen.

Furthermore, application of the last principle mentioned above is even more important, given that the foreigners in question are citizens of Germany, with which Russia concluded on May 29, 1996 a Convention for the Avoidance of Double Taxation with Respect to Taxes on Income and on Capital.

Pursuant to Clause 1, Article 24 of this convention, the citi­zens of one contracting state may not be subject to taxa­tion or assume a relevant obligation in the other contracting state that would be different or more onerous than the taxa­tion or relevant obligations that are or may be imposed on the citizens of such a state in the same circumstances.

The convention takes precedence over Russian tax legisla­tion (Article 7 of the Tax Code).

At the same time, however, the incomes of Russian citizens that work in Russia are subject to 13 percent tax from the first day of the tax period.

Accordingly, German citizens appear to be in a worse position than Russian citizens, which results in more oner­ous taxation of the former (with due account of the above explanations of the Finance Ministry).

We would like to note here that this conclusion is sub­stantiated by the fact that, according to a similar provi­sion in the Double Tax Treaty with Belarus (when Article 11 of the Tax Code was effective until the entry into force of the Protocol to the Treaty as at May 31, 2007, that regulated this procedure), the Finance Ministry in Letter No. 03-05-01-03/82, dated Aug. 15, 2005, and the Russian Federal Tax Service in Letter No. VE-6-26/786@, dated Sept. 21, 2005, indicated to dis­crimination in this case and the need to apply the nondiscrimination article of the international treaty.

This conclusion is also confirmed by previous judicial prac­tice, which upheld the above position of the Finance Ministry, for example, Resolution of the Federal Arbi­tration Court for the Moscow Circuit dated Sept. 2, 2008, on case No. A40-53140/07-4-317.

In its Letter No. 03-05-01-03/82, dated Aug. 15, 2005, the Finance Ministry pointed out that the 13 percent tax should accrue on employment income generated by nationals of the republic of Belarus who are potential tax residents of the Russian Federation (with due account to duration of their employment agreements) starting from the first day of their presence in Russia. The Moscow Department of the Federal Tax Service provided similar clarifications in its Letter No. 18-11/3/104917, dated Nov. 30, 2006.

Therefore, the company is entitled to withhold the tax at the rate of 13 percent from the beginning, if the employment agreement was signed for an indefinite term or a term exceeding 183 days. If the employee terminates the employment before the expiry of 183 days, then a recalculation should be performed and the employee should be charged additional tax based on the 30 percent rate. If it is impossible to withhold the tax, the company should notify the tax authority to this effect within one month (Clause 5, Article 226 of the Tax Code).

Clause 2, Article 207 of the Tax Code is comparatively new (effective Jan. 1, 2007), which is why there is no relevant court practice yet. However, in light of aforementioned clarifications of the Finance Ministry, if the individual income tax for 2009 (from November 2009) is recalculated and returned to the employee, the company is highly likely to face claims of the tax authorities. In such a case, the dispute will have to be settled in court.