Dmitry Peskov, the man charged with sharing President Vladimir Putin's views with the rest of the world, last week denied that the Kremlin was attempting to topple the Ukrainian government or bring about regime change. This surprising reversal suggests that Moscow may now finally be prepared to treat Volodymyr Zelensky as Ukraine's legitimately elected leader.

While Peskov's statement obviously raised a few eyebrows — not least as the Kremlin desires nothing more than the power to choose Ukraine's leader — the real question is why anyone would listen to anything Peskov has to say these days in the first place. While there used to be talk of the Kremlin spokesperson's influence, the past nine months have comprehensively demonstrated that his words carry little weight.

Over that same period, Russia has lost whatever international standing it ever possessed. Its invasion alone would have been insufficient to achieve that outcome. But in addition, Russia has also withdrawn from the international organizations and institutions where the legitimacy of the Ukrainian government could reasonably have been discussed. How could that possibly be the subject of discussion now? The legitimacy and legality of the Ukrainian government stem solely from the Ukrainian people.

So what was the point of Peskov's statement?

Arguably, it was intended to flag Moscow's desire to return to a civilized dialogue with Ukraine — and trade in the pseudo-reality in which the Kremlin and its followers have been living for the past year for a healthy dose of Realpolitik. After all, no aggressor can reject peace talks indefinitely unless their troops are being greeted with flowers, and this has not been the case for the Russian military in Ukraine to say the least — even if it's taken the Kremlin a long time to accept the fact.

The Russian government has demonized its Ukrainian counterpart and questioned its legitimacy not only since the beginning of the invasion, but consistently for the past nine years, labeling the Kyiv government as a group of “Nazis and drug addicts” and speaking of the “crimes of the regime” as if the entire country were a prison camp.

Putin has recently started using the term “Ukrainian partners” to refer to Zelensky's government again — something he did last in the summer of 2021. Of course, in Putin’s mercantile understanding of the term, “partners” are not exactly friends — after all, he has long called the West his “partners” too — but it is a significant step up from “Nazis and drug addicts.”

During the summer of 2021, various efforts to resolve the conflict in Donbas were made. The process seemed difficult, but not hopeless. It is therefore significant that in the context of the Turkish- and UN-brokered grain deal, Putin has once again taken to referring to the Kyiv government as his “Ukrainian partners” — and Peskov’s recent assurance that Moscow wasn't seeking regime change in Ukraine only appears to confirm this rhetorical shift.

The Kremlin appears to be adjusting its language around the conflict in an attempt to signal to the world that the aggressor is now ready to return to the negotiating table.

What's more, Russia now appears to be ready for a different kind of negotiation. In the past, the Kremlin has used the term “talks” to signify an ultimatum rather than a dialogue. But as recent summits around the world have shown, no one really believes such bombast from Moscow anymore, regarding it as a smokescreen either for further escalation or a much-needed pause in hostilities to regroup for new military operations.

However, Putin now clearly wants to show his “partners” in the West and Ukraine that he is prepared to discuss genuine steps toward peace — although it remains unclear what exactly he understands by the term. Russia has probably already realized that its rhetoric of threat and ultimatum has failed and only risks further discrediting Moscow and reinforcing Russia's status as a global pariah.

A return to Realpolitik for Russia (if that really is what is happening) has a military purpose as well as a political one. The Kremlin has likely realized what Ukraine knew from the start of the invasion, and what the West has known since Russia proved itself incapable of achieving a quick victory.

Russia invaded its neighbor with the intention of starting a hybrid war, dragging NATO into the conflict, and then holding talks. Instead, it got a full-scale war. To a certain extent, the invasion has allowed the Kremlin to realize its desire to fight NATO on a technological level, though this battle has also been hopelessly lost.

One sign that Russia is serious about holding talks with the Ukrainian government is the continued Russian targeting of the country's civilian infrastructure. While this in no way alters the military situation, and indeed only serves to toughen the resolve of Ukraine's military, the Kremlin is clearly calculating that it will also serve to increase pressure on the Kyiv leadership to end the war.

But this apparent calculation is completely baseless, as the Ukrainian people have long been prepared to endure serious deprivation this winter. The situation has reached a point where Putin will soon have no choice but to hold talks with Zelensky. Meanwhile, the Ukrainian president has also softened his rhetoric and is no longer rejecting outright the idea of sitting down with Putin.

Just weeks before the war began, Putin smiled as he quoted a line from a highly problematic Russian nursery rhyme during a news conference with Kazakh President Kassym-Jomart Tokayev. "Like it or not, you'll have to bear it, my beauty," Putin said, when asked about Ukraine's unhappiness with the Minsk Accords.

But now the shoe is on the other foot, and Russia has itself become the long-suffering beauty with no choice but to grin and bear the suffering which is yet to come. 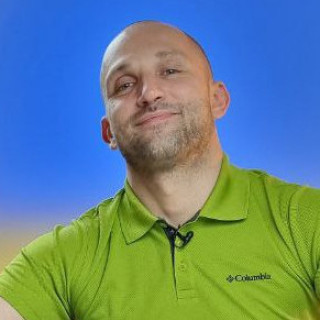 Putin Hails a ‘Positive Dynamic’ for His Troops in Ukraine

Russian President Vladimir Putin on Sunday praised his forces after their claimed capture of a Ukraine town and in the wake of a missile strike that killed...
opinion Leonid Gozman

Once Unthinkable, Capitulation Could Still Be Russia's Saving Grace

The war started by Vladimir Putin has no goals that can be achieved. It's not about trying to prevent Ukraine from joining NATO — that can&rsquo...
negotiated solution

Schroeder has faced intense criticism for his friendship with the Russian president following Moscow's invasion of Ukraine.
famine fears

Ukraine is one of the world’s major exporters of wheat, corn and sunflower oil, but shipments have been blocked since the Kremlin’s invasion.