The proposed Schengen visa ban on Russian tourists has attracted strong support from  Europeans who resolutely oppose Russia’s brutal war on Ukraine. It has also attracted criticism, including from some Western European liberals, who see it as an unjustifiable form of "collective punishment" that would run counter to the EU’s values and interests.

EU states should ignore such criticisms, which are misguided and, more importantly, both miss the point and misunderstand the purpose of the visa ban.

The term collective punishment has often been used to describe actions such as the Nazi massacre of the Czech village of Lidice in vengeance for their compatriots’ assassination of Reinhardt Heydrich in 1942. Very clearly this example, which is used to discredit implementation today by disproportionate association, does not belong in a discussion about a withdrawal of tourist privileges. Yet critics of the visa ban insist that even when not understood as punishment, it rests on a notion of collective responsibility. And, indeed, it does though not in the way they mean it.

The collective responsibility argument is generally used to highlight the supposed inequity of stopping all Russians from travelling to the EU, even those who are opposed to or have gone so far as to protest or resist the Putin regime. This may well be unjust in individual cases, but it pales in comparison to the injustices which have been and will continue to be visited upon Ukrainians by the Russian state until it is defeated. Regime figures would of course be hit by a visa ban, stripping them of a highly valued benefit. But their everyday enablers – the supposedly "apolitical" strands of the urban middle and upper classes — would also be affected. This group has accepted Putin’s bargain, improving their material conditions but not using their potentially considerable political capital to effect or even demand progressive change.

Critics of the visa ban claim — not without merit — that it is unreasonable for people in the EU, who don’t live under threat of state violence in response to dissent, to demand resistance from Russians who do. However, as Václav Havel argued during his own time as a dissident opposing the post-totalitarian regime in 1970s Czechoslovakia, while individual decisions not to resist may be understandable, cumulatively they allow the oppressive state apparatus to exercise its power and thus to endure. This endurance has given us a Russia that attacks its neighbors, actively tries to destabilize EU societies, and is the greatest single threat to European security.

We could, therefore, make a convincing case that while the Putin regime and its supporters are most directly responsible for Russia’s crimes, there is a share of collective societal responsibility. This is a similar way in which we understand the responsibility for Nazi atrocities to also be borne in part by wider German society at the time.

But there is actually no need to make such an argument for the visa ban, since this measure has more compelling justifications which rest on collective responsibility of a different kind.

First and foremost, the visa ban would be a powerful show of Europe’s resolve to support Ukraine and stand up to Russia’s vicious revanchism. The prohibition is something Ukraine’s leaders have asked for and which is in our power to enact. Doing so would demonstrate our dedication to their cause at a time when Ukrainians may feel nervous about Europeans’ sticking power. An erosion of Western interest and commitment is exactly what the Kremlin is counting on, and this is a front of the war on which Europeans can really play their part in Ukraine’s victory.

Second, a visa ban would be an investment in our own security and the resilience of our democracies. It would directly block a channel through which Russian agents of influence can move into our societies. We should seize this chance. Even more pertinently, it would stop "apolitical" as well as overtly Kremlin-supporting tourists from having the best of both worlds: enjoying the benefits of our free societies while bearing none of the costs of maintaining them. It is our duty to prevent this abuse of our system from causing resentment among EU citizens who pay the moral and material dues of democracy.

A ban would stop free-rider tourists and prevent them from undermining Europeans’ commitment to maintaining liberal societies. We should, however, also uphold another part of the liberal bargain by making it easier for Russians who oppose the Putin regime to vote with their feet and emigrate to or seek humanitarian protection in EU states. This should include revival of the Schengen-wide humanitarian visa proposal. For security reasons these channels would have to be carefully monitored, but it is in our interest to both encourage a brain drain and foster vibrant, genuinely liberal Russian opposition diasporas.

Third, enacting the tourist visa ban would be a step towards unleashing the EU states’ latent power and putting it to good purpose. For too long we have only half-heartedly tried to stand up to Russia — and too often done so while keeping one hand tied behind our backs. Those critics who immediately and — questionably — sought to show that a visa ban would contravene EU law are indicative of this tendency, which is driven by a fixation on upholding liberal rules and procedures rather than striving to deliver liberal outcomes. It is compounded by the failure of many Europeans to see Russia for what is: a dangerous enemy that must be treated as such but also one which we can and should help vanquish.

Moreover, as Sergey Radchenko has rightly pointed out, Europeans bear some of the blame for Putin’s rise, having long funded and indulged his kleptocratic authoritarianism in various ways. Ukrainians have borne the greatest cost of this, but it’s time for Europeans to atone for past mistakes and take seriously our part in defeating Putin’s Russia. Removing visa privileges is one potentially powerful lever at our disposal. Pulling it would show that we are willing to take some of the tough decisions and tough measures that Ukraine needs to win. Power begets power, and that is what the EU needs to live up to its collective responsibility to stand up for ourselves — and for the values and interests we share with Ukraine. 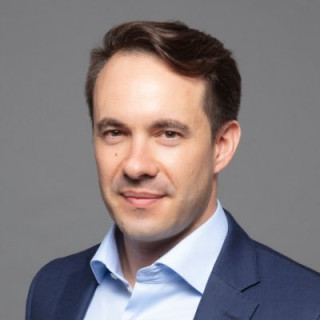 Dr. Benjamin Tallis is Berlin-based foreign and security policy expert whose research focuses on EU foreign, security and neighborhood policy, including the role of mobility and visa policies. His forthcoming book on that topic will be published by Springer in 2023.  @bctallis

Dr. Benjamin Tallis is Berlin-based foreign and security policy expert whose research focuses on EU foreign, security and neighborhood policy, including the role of mobility and visa policies. His forthcoming book on that topic will be published by Springer in 2023.  @bctallis