One month ago, Anastasiia Zamula didn’t know a thing about bulletproof vests or night vision goggles.

“Three days before the war, I was working on a shoot for Vogue,” the 23-year-old, Kyiv-based stylist says of the time before Russia’s invasion of Ukraine. “I didn’t know vests came in different categories, or levels. Now I know: level three protects against lighter small arms and shrapnel, but you need level four to stop higher-caliber rifles.”

The arrival of war to Kyiv has brought swift career changes to nearly all of its residents.

In a city well-known for a hip, vibrant creative scene, a generation of young people have dedicated themselves to the war effort behind the frontlines.

The “Angels of Kyiv,” a collective of friends and fellow creatives from the Ukrainian capital, are among those delivering food and medicine to citizens who have remained in Kyiv, as well as key equipment to the armed forces and territorial defense units.

Made up of more than 50 volunteers, the group was founded by DJ and director Markiian Matsiiovskyi, who recently appeared in New York Magazine’s feature on the war stories of 30 young Ukrainians.

Like most of the capital’s residents, 30-year-old hairdresser Reshat Isliamov did not believe a full-scale war could happen.

“The first few days, I just sat home and read the news all day,” said Ismailov, a native Crimean Tatar who moved to Kyiv after Russia annexed the peninsula in 2014. “There were thoughts of leaving, but we soon understood that we wouldn’t go anywhere. By the third day, we began to connect with like-minded friends and got to work.” 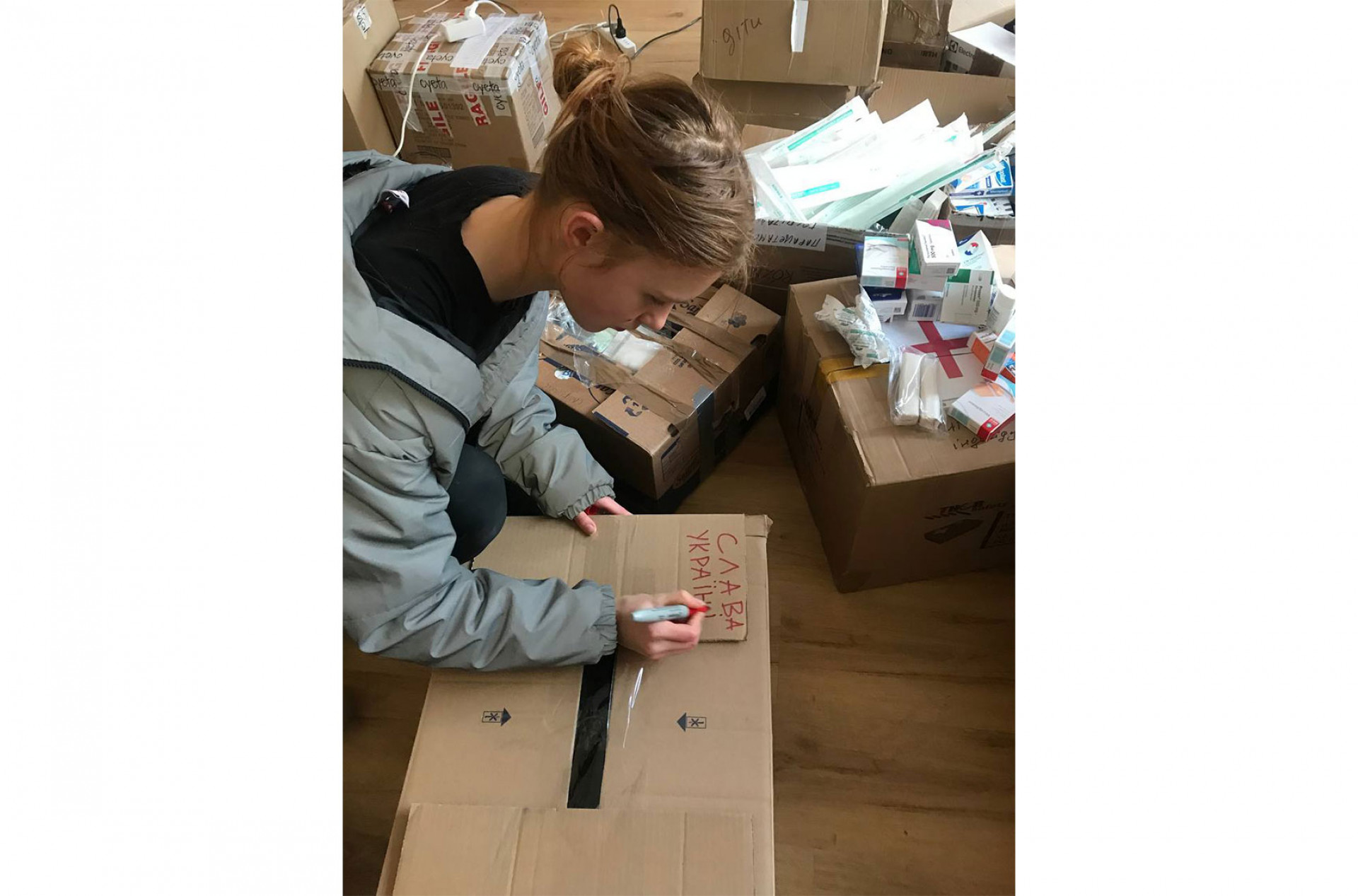 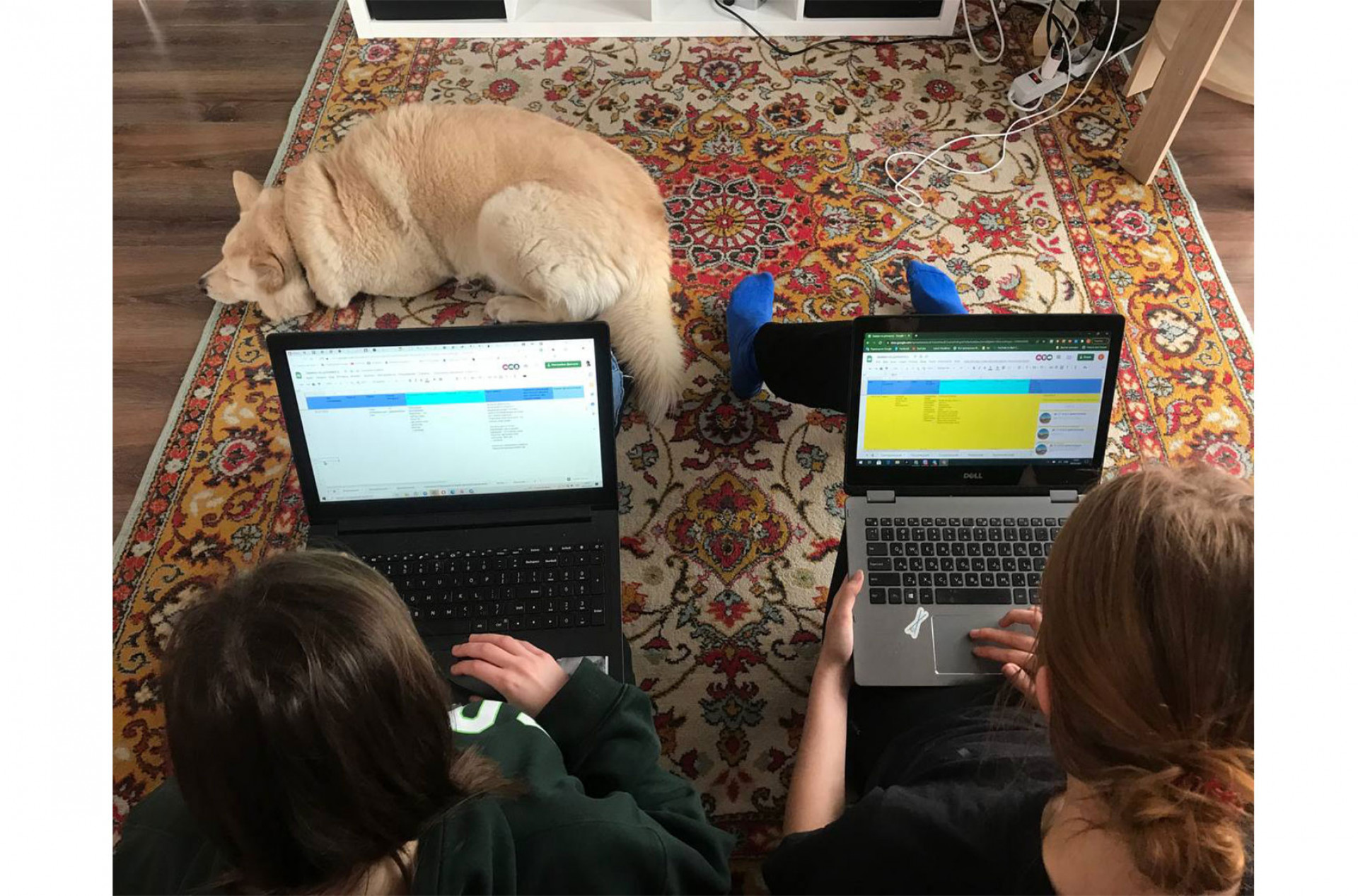 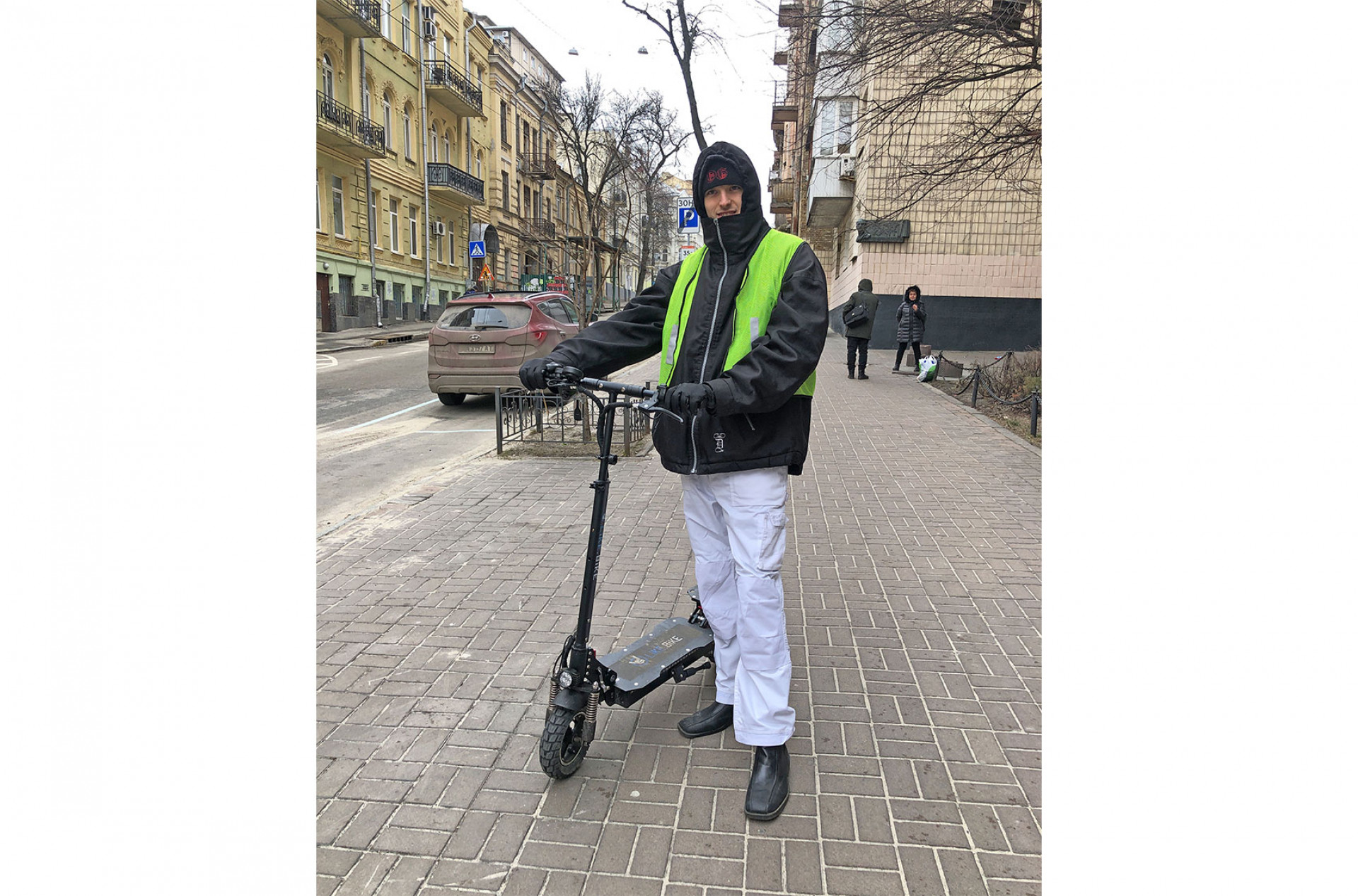 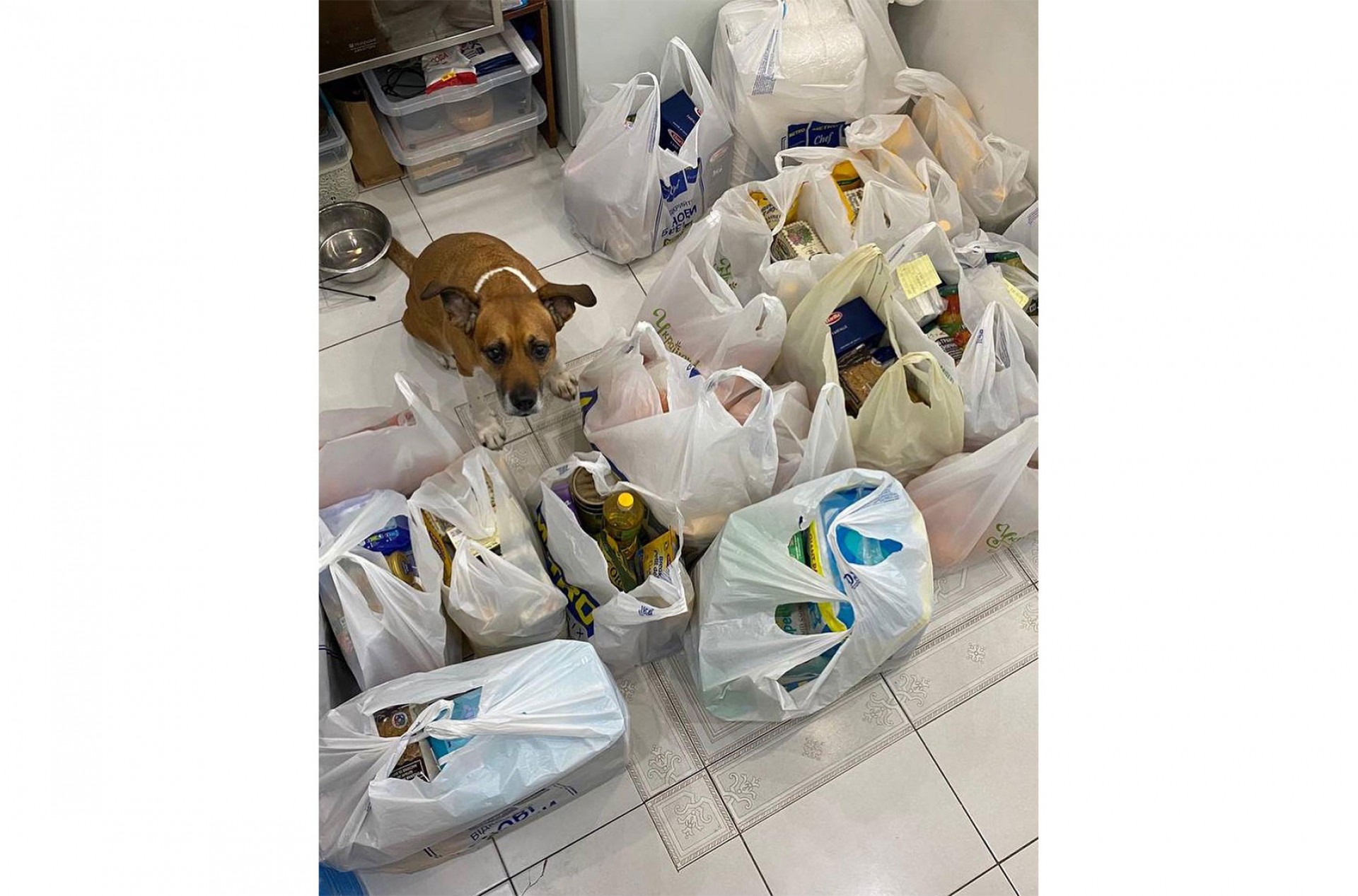 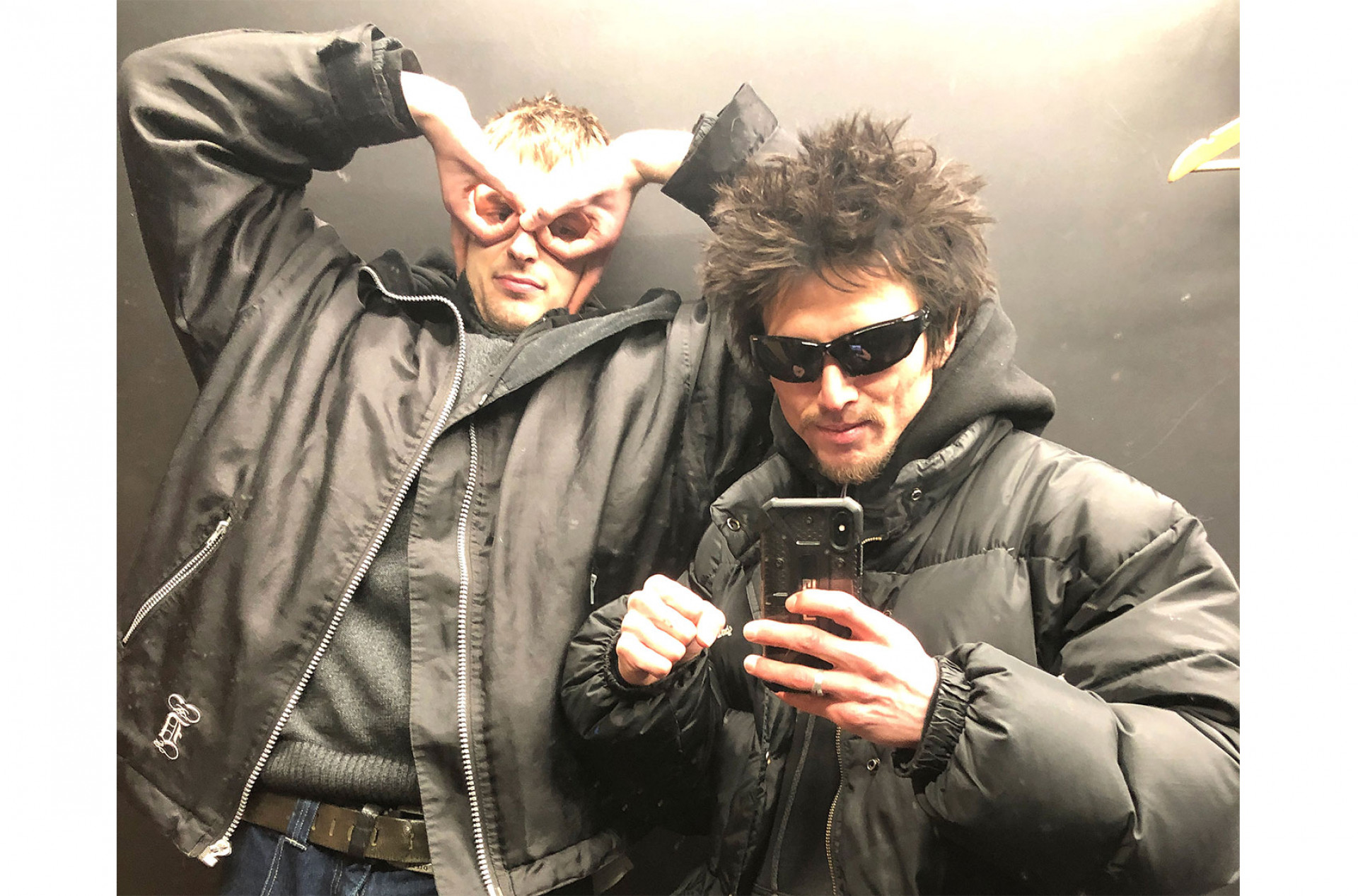 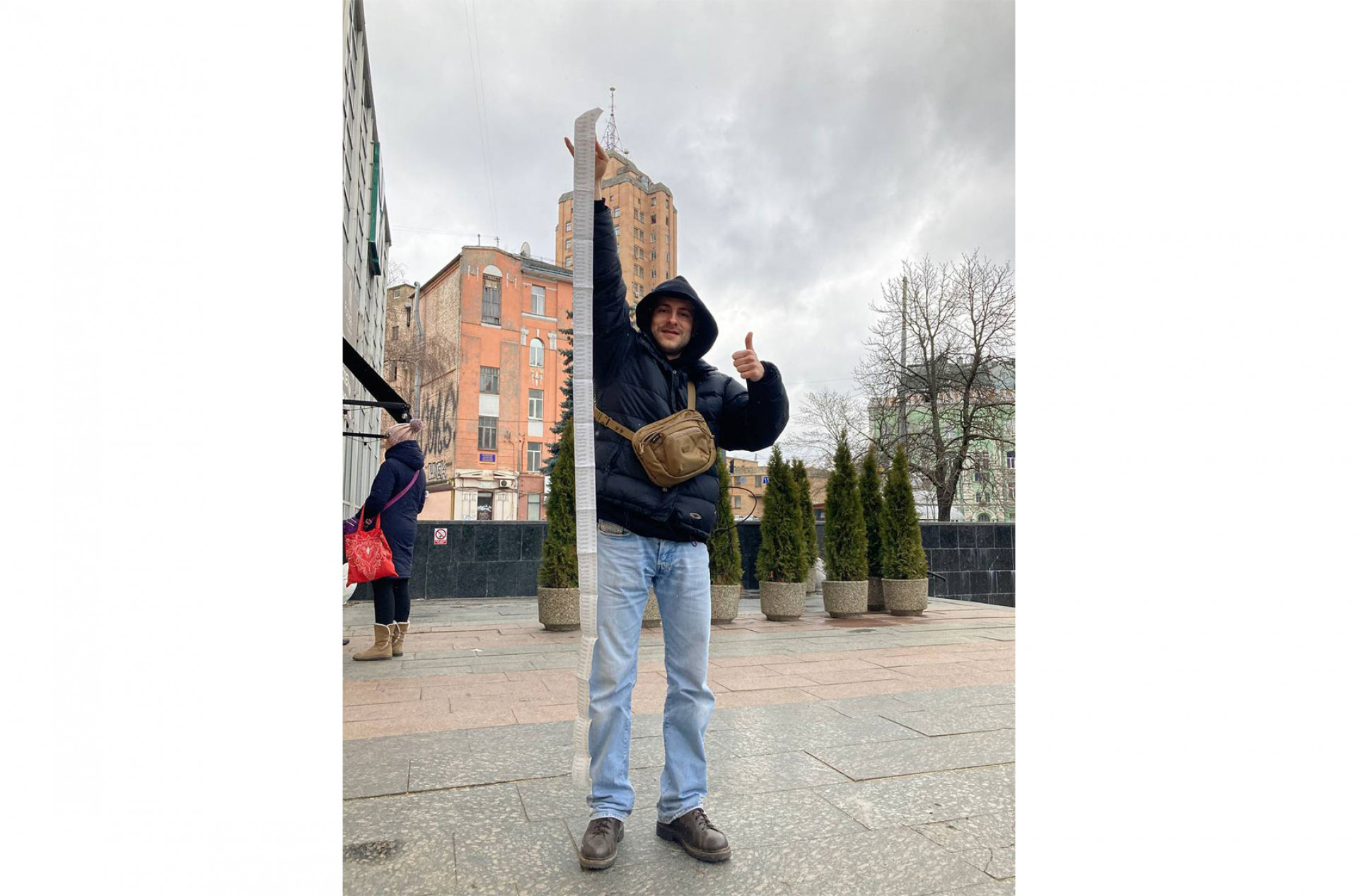 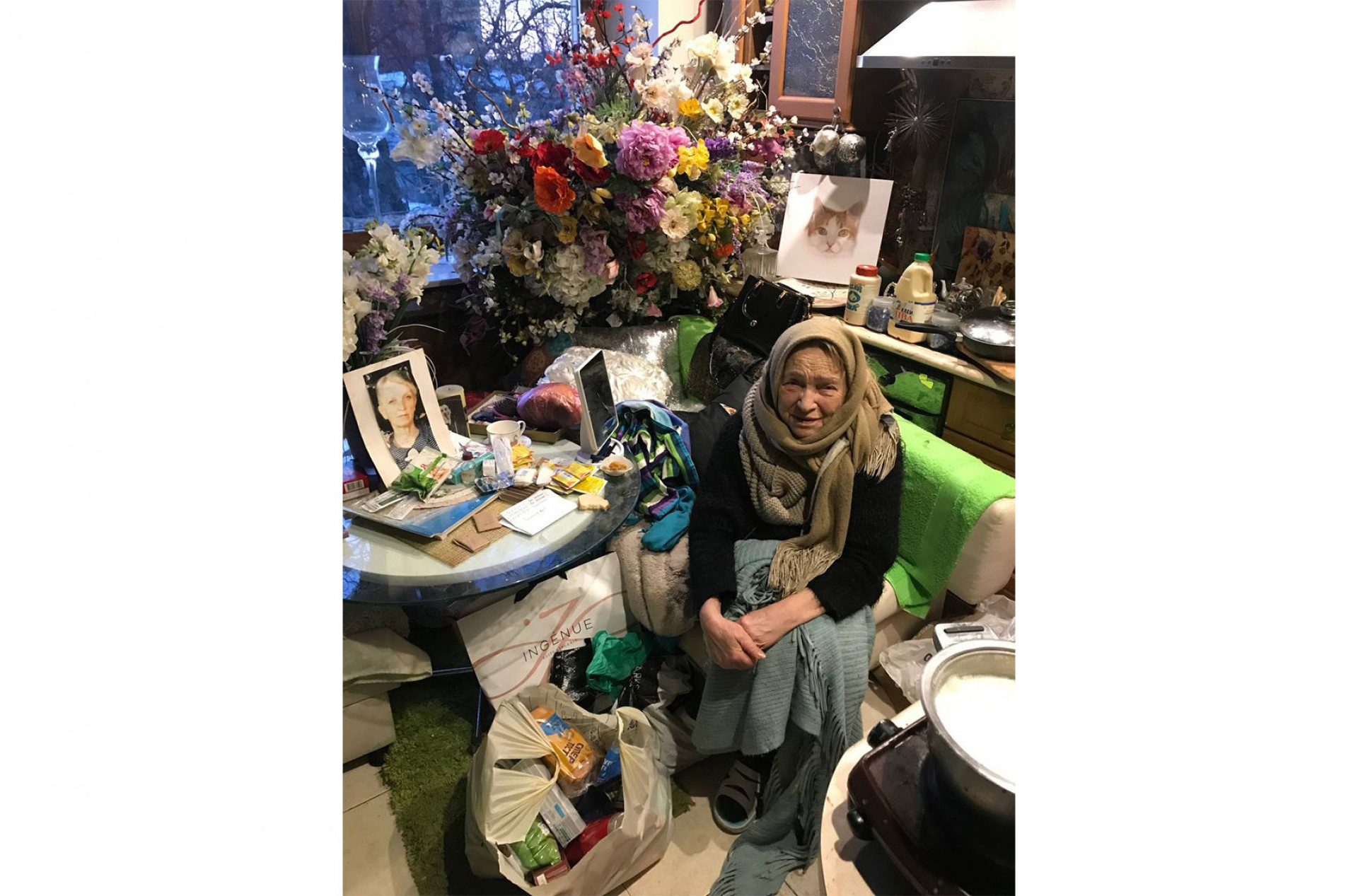 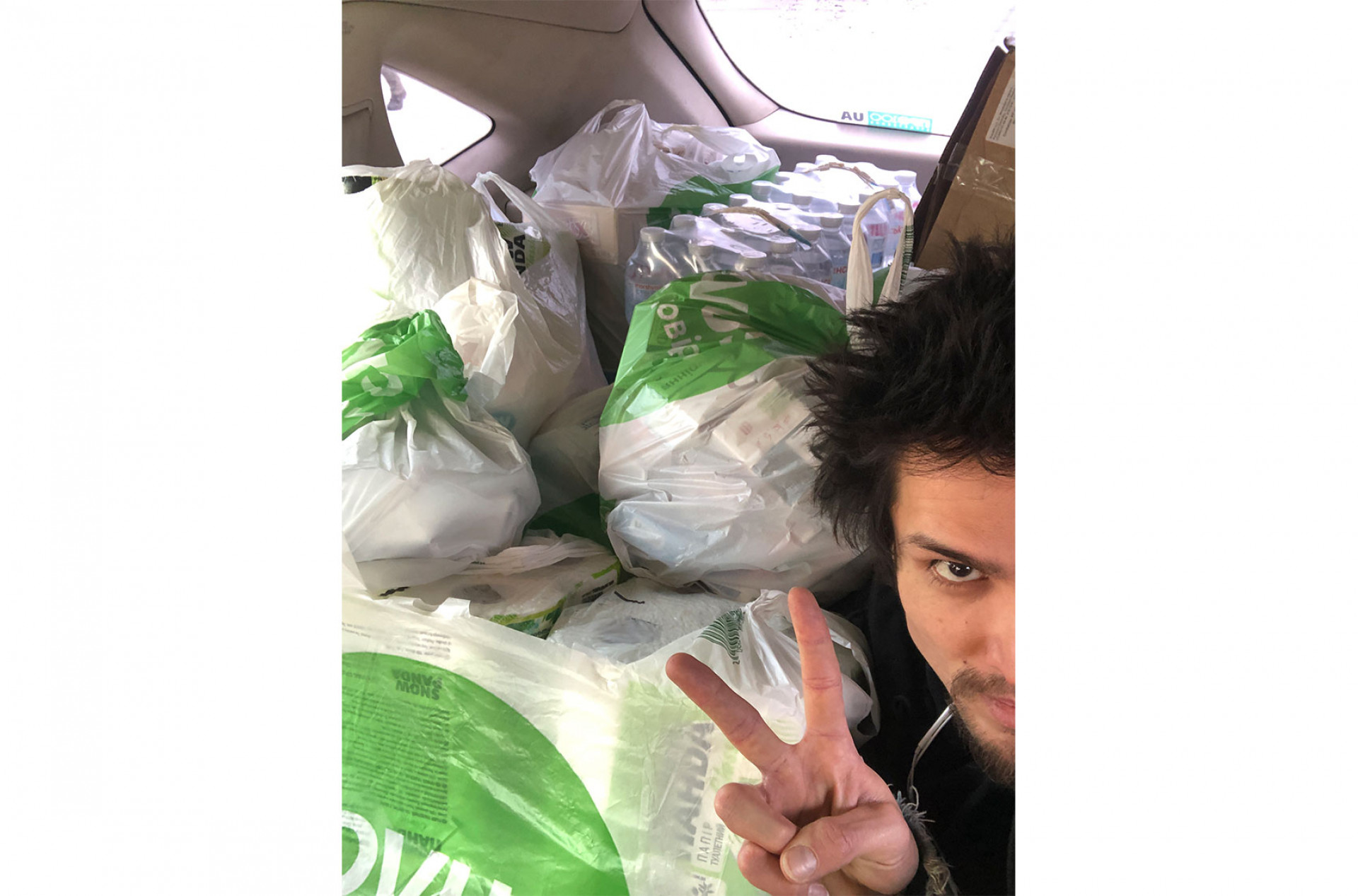 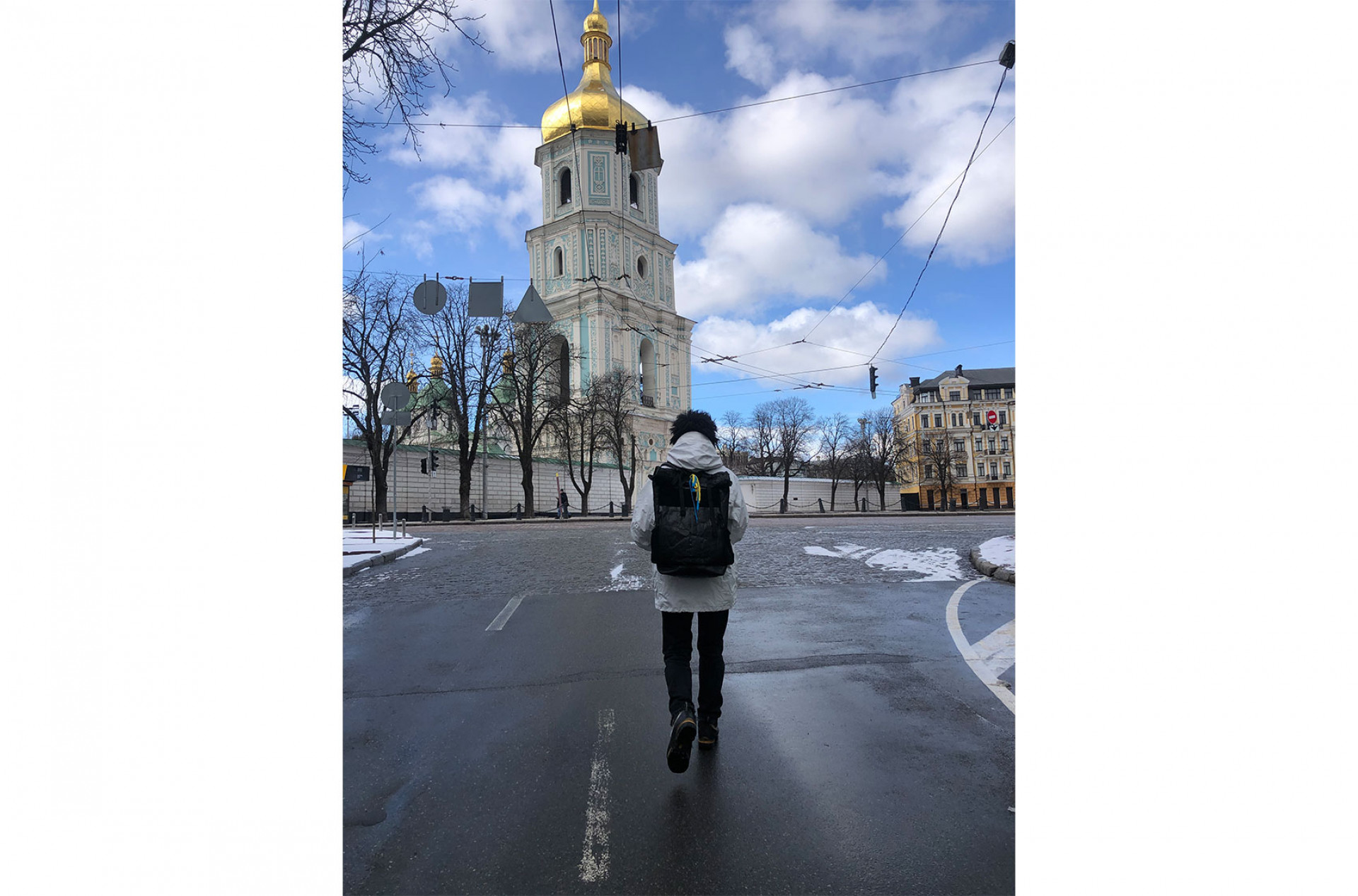 Model and houseplant dealer Yeva Podurian left Kyiv in the first week of the war, evacuating with her mother to Ivano-Frankivsk in the country’s west, from where she offered her assistance to the group.

“At first, there was a feeling of apathy, weakness, almost hypnosis — it was incredibly difficult,” Podurian, 21, said of the initial emotional response to the invasion. “Then, this incredible inner awakening… my energy returned and it became much easier to handle what was going on.”

At first the volunteers’ work was chaotic, as social media was inundated with screenshots of requests for help from all over Kyiv.

“Markiian was the first one to start coordinating among our group of friends. He would just send out demands from all over the place; a grandmother here would need medicine or a cat over there would need to be fed,” said Isliamov. “When we first joined, everyone was working on their own initiative and their own dime.”

It didn’t take long for a more organized system to take shape.

“I saw that Reshat had made this chat for Kyiv, and I saw that it was flooded with screenshots of people requesting help — it was all very disorganized,” said Podurian. “I offered to help transfer these screenshots into texts and organized them.”

Now, all requests and deliveries are tracked in color-coded spreadsheets for each neighborhood of Kyiv, with full financial transparency.

Zamula has now chosen to set up her own team in Lviv, complementing the work of the Guardian Angels. Described as a “girls’ collective,” Tsvit (or “flower” in Ukrainian), supplies Ukraine’s army and territorial defense militia with essential frontline items.

“Markiiyan sent me a list of things needed for soldiers in Bucha: vests, helmets, torches, thermal underwear, boots etc.,” Zamula said. “I opened this huge list, and the first item was ‘Winter military sleeping bags, 300 pcs.’ I knew I couldn’t manage on my own, so I called some of my girlfriends who were spread out all over Ukraine, and we quickly made a plan to organize some kind of crowdfunding.”

Within the first weeks of the war, as Europe’s military stores were emptied of their commercially available stock of bulletproof vests, Zamula and her friends had to get creative. Here, the diverse skill set and networks of Kyiv’s creative crowd came to the fore.

“I wrote to my friend, a designer in Kyiv with her own brand. She told me that she had a workshop and employees, and that they wanted to make bulletproof vests,” Zamula said. “I got her in touch with some blacksmith guys making the plates in another city, and now they are working together to make the vests.”

Zamula credits the group's energy and organization to the tight-knit bonds many members had already forged in peacetime. “The fact that we all knew each other, that we went to each other’s birthdays and parties, had a huge effect on what we were doing,” she said.

“Before this all started, we already had such a strong common ideology… We are all so different but have so much in common which just makes it so easy. We are always coming up with things together, always running into each other and collaborating. I guess this is just a continuation of that tradition.”

But volunteers on the ground in Kyiv now see war as the new normal. While the capital hasn’t seen the same level of destruction as other Ukrainian cities such as Kharkiv, artillery fire can be regularly heard on the outskirts, ans residential areas are still hit on a daily basis.

“We luckily haven’t had any close shaves, but the danger resides in your thoughts,” said Isliamov. “You might be walking down the street when you read the news, then you hear sirens, then explosions, then your windows shake — it certainly has an effect. These thoughts exist in your head, but we try not to hold them there too much.”

Otherwise, the humanitarian situation in Kyiv has mostly stabilized. Food is readily available in supermarkets, though there are still shortages of some medicines. Russia’s advance into the outer suburbs has stalled, and troops are not yet close to encircling the city.

“[Kyiv] is like a clenched fist,” said Isliamov. “There are checkpoints everywhere in the city, there are soldiers and Territorial Defense on the streets, and you just understand that by now everyone is mentally prepared to defend their homes.”

It still remains to be seen how much more destruction Kyiv will suffer before the war is over. Recent weeks have mostly seemed to be quieter compared to earlier on in the invasion, though multiple missile strikes on the evening of March 20 were a grim reminder that the bombardment of the city can intensify at any moment’s notice.

Whatever the outcome, Angels of Kyiv are bullish about the future.

“We are living in such a unique moment — the war, the destruction, all the horrors that have befallen us have also coincided with the rise of our incredibly active generation,” Zamula said. “I think after this war is over, young Ukrainians will rebuild Ukraine better than it’s ever been before.”

The Defense Ministry said it targeted a rocket plant in the Ukrainian capital.
News

An AFP journalist in Brovary did not witness any signs of destruction, smoke, or fire.
heavy shelling

Dozens of people fled a surge in fighting in a flashpoint area where Ukraine said it had pushed back Russian forces around Kyiv.
high pitch

Russian Pianist Calls for Power to Be Cut to Kyiv