Given Western unwillingness to intervene militarily, its diplomacy must test whether Russia defends limited interests or has wider expansionist ambitions. This means negotiating Ukraine’s relation with NATO but not its continued economic integration with the EU.

Russia once again threatens to invade Ukraine. U.S. intelligence and NATO allies believe Russia will be ready to conduct an invasion with 175,000 troops by the beginning of 2022. The magnitude of the Russian mobilization on the border makes it hard for the Kremlin this time round to walk back empty-handed. The virtual meeting between U.S. President Biden and Russian President Putin did not suggest a breakthrough in negotiations.

The debates in and among the NATO and EU countries about how to respond to Russia’s saber-rattling have devolved into two antagonistic camps, which seems symptomatic of the Western polarization on most foreign-policy issues nowadays. Public debate is healthy when it balances a variety of concerns, but emotional polarization may fail to unite the Western countries around a calibrated policy.

The first camp favors accommodating Moscow’s long-standing security concerns if that is what it takes to prevent war.

The most debated proposal advocates Kiev to implement the Minsk Agreement concluded in 2015 to solve the conflict in the Donbass, even though this risks giving Russia a de facto veto over Ukraine’s foreign-policy decisions.

Others argue that NATO and the United States should find a modus vivendi with Russia, starting with a willingness to bring into play NATO’s Open-Door policy, which today seems pointless to cling to since Ukraine anyway is unlikely to join the alliance. Their implicit assumption is that Russia acts defensively to prevent the the encroachment of rival alliance on its border.

The second camp is vehemently opposed to giving in to Russian demands, some even accusing the former of appeasement or of taking a pro-Putin line.

They claim pressuring Kiev to unilaterally implement the Minsk Agreement is both immoral and strategically ill-advised since it will invite more Russian aggression.

Their explicit assumption is that Russia has broader expansionist ambitions that only superior force can tame – in the present crisis by threatening exclusion from the SWIFT banking system, sanctioning its debt markets, and ending Nord Stream II.

While advocating increased military support of Ukraine, no serious policymaker has proposed combat-ready deployments to deter Russian aggression in Ukraine akin to what NATO membership would require.

Either way, the premise of Western policy remains unwillingness to intervene militarily on behalf of Ukraine.

It now falls on its diplomacy to test the nature of the Russian threat.

Putin earlier this year published an essay essentially making the case that Russia and Ukraine make up one people, which was a pre-warning about the Kremlin’s dissatisfaction with status quo in Ukraine. Contrary to the claims of recent commentary, President Putin in the current escalation has been quite specific about his demands: a deal that prevents Ukraine from joining NATO, accompanied by a Western pledge not to deploy military infrastructure in the country. This is consistent with the findings of a recent Carnegie report asserting that Kremlin is as worried about ‘Ukraine in NATO’ as it is about ‘NATO in Ukraine’.

In no circumstance could the Western countries agree to conceding Ukraine to a Russian sphere of influence.

Pressuring Kiev to implement the Minsk Agreement may not be the best starting point, since that risks giving Russia a veto not only over Ukraine’s military orientation but also its economic and political affiliation with the EU.

Instead, Western diplomacy should confine itself to Putin’s specific demands about NATO. It is a long-standing controversy for the Kremlin that gives reason to explore its significance for Ukraine-Russia and West-Russia stability.

Considering the utility of the Open-Door policy is no longer as controversial as it was, say, 13 years ago when NATO agreed that Ukraine and Georgia ‘will become members’.

Today, this is all but a distant aspiration for well-known both domestic and geopolitical reasons. Other than the general principle that all sovereign countries in Europe are free to choose their alliance affiliations, it is also unclear which NATO allies really wish to extend collective defense guarantees to Ukraine. The growing tension with Russia and the migrant grey-zone attack from Belarus seem to have changed the mood even in the Baltic States and Poland, whose security so crucially depends on the unambiguity of NATO’s collective defense guarantees.

NATO could never agree to a ‘closed door’ policy but, if prompted by U.S. leadership, perhaps to negotiate about language that in exchange would commit Russia not to use military force against Ukraine and to solve the conflict in the Donbass.

Such language should signal what is already the reality: that NATO has the intention neither to enlarge, nor to station military infrastructure in Ukraine in the current security environment. Negotiations should be treated strictly as a question of military neutrality, without concessions on NATO’s continued advising, training, and funding of Ukraine’s armed forces.

It is necessary to factor in the two understandings of the Russian threat here. Should President Putin change his aggressive westward posture, concession on NATO may prove the right path for a more managed great-power rivalry with Russia (moreover, setting the United States on a firmer course to compete with China).

Tuning Out Putin on Ukraine is Easy — and Self-Defeating

Conversely, should Putin feel emboldened to threaten Ukraine and to further push Western lines, NATO has the option of backtracking its language. Rhetoric that does not hold the West back from more than what it might theoretical do seems to be its cheapest bargaining chip.

Meanwhile, the Western debate tends to forget that Ukraine achieved what its Euromaidan Revolution in 2013-14 was essentially about: reaching an Association Agreement with the EU. While Ukraine’s exports to the EU and the rest of the world have grown, Ukraine still has not recovered economically to its pre-2014 level. This testifies to the significant domestic problems Ukraine must overcome to achieve prosperity. The more the West can convince Ukraine to define its destiny as one of fight against economic insecurity rather than of geopolitical choice and NATO membership, the more that process is likely to be surrounded by stability. 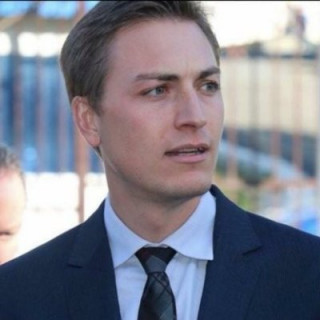 Henrik Larsen is a Senior Researcher at Center for Security Studies at the Swiss Federal Institute of Technology Zurich. He served as a political adviser with the EU in Ukraine from 2014 to 2019.  @larsenification

Henrik Larsen is a Senior Researcher at Center for Security Studies at the Swiss Federal Institute of Technology Zurich. He served as a political adviser with the EU in Ukraine from 2014 to 2019.  @larsenification
Read more about: Ukraine

NATO member Turkey, which has friendly ties to both Russia and Ukraine, has sought to position itself as a mediator in the crisis.
presidential fear

Many of the outrageous claims were contained in a televised address Putin gave on Monday.
gearing up for war