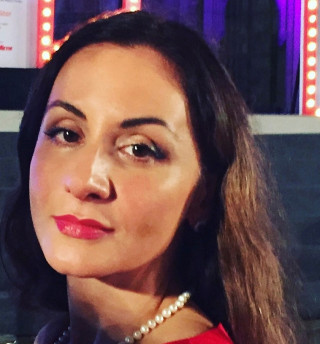 Compared to the director's earlier multifaceted films − from harsh dramas like “The Last Train” and “Garpastum” to the large-scale feature “Under Electric Clouds” – “House Arrest” is rather simple and clear. The action takes place almost entirely in one apartment, somewhere in the Russian provinces, and is the story of a middle-aged academic named David (Merab Ninidze), a professor of Russian literature and an expert on the Silver Age, who is falsely accused of embezzling funds meant to finance an international academic conference. In reality, he had just drawn a caricature of the mayor having sex with an ostrich.

Russian audiences might be reminded of similar incidents, from the charge of embezzlement lodged against director Kirill Serebrennikov, who spent 18 months under house arrest, to dozens of cases of house arrest for political activists — not to mention the millions of people under lockdown or in quarantine due to Covid. The quote from Jean-Paul Sartre's “The Flies” that opens the film seems as appropriate for David's situation as it does for us survivors of the pandemic, quarantine and house arrest: “Life begins on the other side of despair.”

Alexei German Jr., whose father was a famous Soviet film director and his mother a screenwriter, has always had a special sympathy for intellectuals opposing the views of the masses. As the story progresses, the people who want to silence him become more aggressive. At first, they only arrange pseudo-demonstrations in front of David’s house. Later, they break into his apartment, beat him up while trying to cut his throat — all leading to an ending that is unexpected.

We spoke to Alexei German Jr. after the premiere of “House Arrest” at the Cannes Film Festival.

You made a film from an old script. How much did you adapt it to recent events?

I wrote the script about six years ago. The story remained unchanged, although I may have expanded some dialog. It is not based on any recent events, but years and years of thinking about the morality inherent in society. My film is not about Kirill Serebrennikov. This happened to some of my close friends, and I wanted to convey their experiences.

My film is the story of an idealist living in a small provincial town where, due to stupidity, a tragic situation begins and lives are destroyed. On the other hand, it frees my protagonist from illusions and re-forms him in a new way.

What or who made you think about customs and public morality?

Every day we open newspapers and read that some mayor has been arrested or is under investigation and so on. Corruption is not a prohibited topic in Russia… and in the film I don’t talk about anything that isn’t on the news every day. Inside the country, there is a pre-war atmosphere, as if a new iron curtain is rising from both Russia and the United States. This increases the tension. This instability causes people to become more sensitive and irrational.

How did you manage to convey this house arrest so realistically?

This is fiction that we created based on logic. We live in a world where everything is possible in any country in the world. You can be fired from your job for writing something on your Facebook page. People who are not familiar with the situation in Russia get the feeling that horrors happen only there. But I can assure you that everywhere, all over the world, people collide with the system and society. So my idea is more generalized. Living in Russia is no more scary than in any other country.

Why do you say that you didn’t make political film?

Because a political film must assert something, declare a certain position like “I am for this.” What does my film declare? It shows all the opinions of all kinds of people around the main character, it shows someone unjustly accused who finds himself in tragic circumstances. Political films usually portray bad guys. I don't have any bad guys. David is not a political martyr, but an ordinary person, driven by his own ego and ideas of justice. All my characters are different and live by their own logic. The nurse is afraid that she will be fired from her job if she treats a prisoner. David's mother believes that the path of the West and the parliamentary republic is not applicable to Russia. The investigator worries that if there is a revolution, everything will fall apart and blood will flow. The most important of all is that each of these points of view exists in today’s Russia. Everyone in the audience decides for himself.

To some extent. I didn’t borrow these ideas specifically from there. It’s just that all these topics haven’t gone anywhere, and besides, there never were any answers to the “cursed Russian questions” that have been asked over the centuries. For example, the big questions about Russia’s path: should it follow the Western model or its own  slavophile path? These questions were raised in the 19th century and they are still relevant today. You might ask: How is Russia developing? Maybe it’s not, but maybe that is the natural state of equilibrium of the Russian system, the only way it can exist. The conflict of my main character is the conflict of an idealist trapped in his bookish reality. The same heroes could have appeared in other centuries, only their speech, manners and methods would have been different.

So does an intellectual need to be sacrificed?  Does his feat matter when most of his ideas are illusions?

There was always corruption in Russia and there will always be corruption in Russia.  I think this is in the mentality of the regime. And my protagonist is right when he insists that there is no need to steal. He has principles, a conscience, and he retains his dignity. Even as he goes through difficult trials, he manages to remain a decent person. Even some of his delusions are quite human. David is a sympathetic and complex person who represents the development of his country in a certain way. The question of whether the country imagines the same thing is a matter of interpretation.

Thanks for signing up!
Read more about: Cinema

Ukrainian filmmakers have been winning awards and filling movie theaters in recent years. Don't miss out.
It's me Eddie

The film will be released in the spring of 2023 after additional filming this summer.
russia stay home

The Curtain Falls on Russian Films in Europe

After a banner year for Russian film in 2021, this year Russian movies and actors won't be seen on screen.
movie magic

The director spoke about her film, her mentors and her Caucasus.