Moscow and Washington have finally agreed to extend the New Strategic Arms Reduction Treaty (New START), just days before it was due to expire on February 5. Numerous attempts to extend it under the previous U.S. administration had failed, and the January 26 breakthrough under President Joe Biden was met with relief by both presidents, as well as arms control experts, diplomats, and politicians on both sides.

While the five-year extension is undoubtedly good news, the excitement over it only attests to the dire state of U.S.–Russian arms control and bilateral relations in general.

The New START is the last treaty limiting strategic arms that is still in place between Russia and the United States. It prevents another arms race from unfolding, and reduces the risk of an accidental escalation. Its extension should have been an obvious step and routine affair that passed without any fanfare, amid talks on the next U.S.–Russian arms control agreement.

Russia Urges Biden to Be 'More Constructive' Over Arms Treaty

Instead, the Trump administration used the New START to try to extract concessions on other issues from Russia. This tactic failed, since the conditions laid down by Trump were unrealistic. Moscow and Washington were forced to wait until the inauguration of Biden, when there were only about two weeks left to extend the treaty.

Problems extending the New START could still arise under the new U.S. administration, within which there are differing views on the treaty. Victoria Nuland, for example, who is tipped to be under secretary of state for political affairs, wrote last summer that the treaty should only be extended for a year or two, so that it could then be used as leverage to bring Russia to the table on other issues.

With such little time left before the New START expired, however, Washington decided to accept Moscow’s proposal to extend the treaty for the maximum term possible—five years—and without any additional conditions.

Extending the New START is the first and easiest step in rebuilding the U.S.–Russian arms control system from its ruins. Restrictions on anti-missile defense systems and short- and intermediate-range missiles disappeared with the respective collapses of the Anti-Ballistic Missile Treaty and Intermediate-Range Nuclear Forces Treaty, while conventional weapons in space and nonstrategic nuclear weapons have never been regulated by international treaties.

U.S., Russia Edge Back Towards Talks on Nuclear Arms Pact

Russia and the United States have different views on all of these areas, but without taking each other’s interests into account, it will be increasingly difficult to ensure national security. Progress in military technology never stands still, and the latest U.S. missile defense solutions have paved the way for a quantum leap, while investment in hypersonic technology has led to the creation of a dozen new systems whose effect can so far only be imagined. Recently, Moscow has been talking of “strategic equalization" with the United States.

In any case, talks need to begin now. The extended New START will expire in 2026, but there’s no guarantee that the 2024 U.S. presidential election won’t be won by Donald Trump again, or by someone with a similar approach. We have already seen what arms control talks look like under the Trump team, so in effect, the deadline is even sooner.

Traditionally, the U.S. side takes a while to confirm political appointments in ministries and agencies, and only then approves strategic planning documents such as the National Security Strategy, National Defense Strategy, Nuclear Posture Review, and so on. The entire process usually takes several years. Russia and the United States simply cannot afford to put off negotiations until that process is complete.

The best option would be to capitalize on the positive dynamic of the extension of the New START to begin the first consultations. They might not be particularly substantial, and would likely be limited to exchanging information. It’s entirely possible that the outgoing Trump team did not reveal to the incoming Democrats the details of their closed-door discussions with the Russians, and that may be no bad thing.

The Biden team has already appointed deputy assistant secretaries of state for arms control and nonproliferation. Both are very experienced experts in their field who are up to date with the latest developments, and they do not need to be confirmed by the Senate, which gives the Russian and American negotiators the chance to start talks without delay. Most of the candidates announced by the new administration are known for their professionalism, which is particularly important in the field of arms control: the talks between Russia and the United States will be very complex.

U.S., Russia Edge Back Towards Talks on Nuclear Arms Pact

It’s worth noting Moscow’s enthusiastic approach to extending the New START. Both chambers of parliament voted on the extension in just one day, and passed it unanimously.

Such speed and consensus last seen over the annexation of Crimea back in 2014  shows how important arms control is to the Russian leadership. This should temper foreign criticism of Moscow’s actions in this regard for some time.

Demonstrating that its intentions are serious should also strengthen Russia’s position on other contentious issues, from the Open Skies Treaty to the moratorium on deploying short- and intermediate-range missiles.

Russia is making it clear: when its interests are taken into account, it is prepared to act swiftly and efficiently.

This model doesn’t guarantee anything, of course, and can easily be destroyed, but it still gives some cause for optimism.

Finally, Moscow’s approach to extending the New START is also a lesson for domestic critics of arms control. Recently, it has become fashionable in Russia’s expert circles to opine that traditional arms control is obsolete as a concept, and doesn’t correspond to the reality of the modern world.

This view partly stems from the fact that existing treaties have disappeared one after the other, while Moscow has not held talks on a new one for more than a decade. The energy the Russian state has put into supporting arms control efforts, along with the first progress made on this front, could now put an end to that trend. 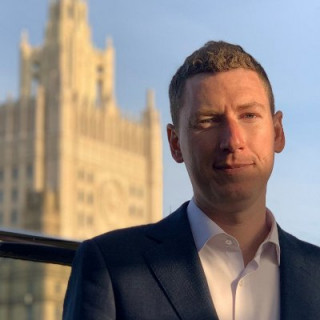 Andrey Baklitskiy is a consultant at the PIR Center.  @baklitskiy

Andrey Baklitskiy is a consultant at the PIR Center.  @baklitskiy

Viktor Medvedchuk, for a long time a leading pro-Russia figure in Ukrainian politics, had until now been lying low since he turned up in Russia last year...