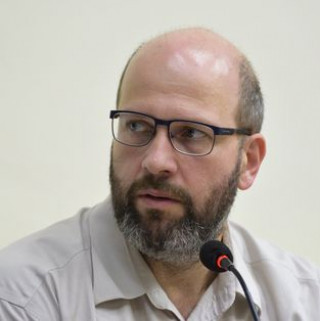 The coronavirus epidemic is the most serious disaster Russia has faced for many years. According to figures from Rosstat, from April to November 2020 almost 250,000 more Russians died of all causes than during the same period in the previous year; for the whole year excess mortality could surpass 2.25 people per 1,000, which would make it one of the very highest figures among European countries.

The majority of excess deaths are down to Covid-19; the rest fell victim to an overloaded healthcare system and did not receive medical attention in time. According to expert estimates, in December 2020 no more than a quarter of Russians had already been infected with the virus, meaning that it is very possible that the worst is still to come.

The vaccine is ready, the people aren’t

Many countries have been able to avoid such catastrophic consequences by imposing restrictive measures. Yet the sole long-term solution to the problem appears to be mass vaccination (possibly on a regular basis).

A number of coronavirus vaccines have already been developed globally. One of these is Sputnik V, developed by the Gamaleya Research Institute in Moscow, which is now being actively promoted in Russia.

Nonetheless, in our country — one of the hardest hit by the pandemic — there appears to be little enthusiasm for vaccination. For example, according to a representative survey carried out by Levada Center, 58% of Russians are not willing to be vaccinated for free with a Russian-developed vaccine. So why don’t they want to get vaccinated against coronavirus?

We can answer this question with the help of an internet survey of 3,064 Russians, carried out by the author of this article in collaboration with the Institute for Industrial and Market Studies at the Higher School of Economics.

The survey was carried out online, so the selection was not fully representative (for example, fewer elderly people are represented in it as a relative percentage); nonetheless it helps us to see what factors correlate most strongly with a willingness to be vaccinated.

The president and his vaccine

The most important factor here is Russians’ emotional attitude towards the authorities. Among those polled who expressed full trust in the president, the percentage of those unwilling to be vaccinated is just 22.1%; among those who do not trust the authorities at all — 68.2%. Even when age, income, education and other factors are taken into account, this remains more or less the same.

In a similar way, attitudes to the vaccine are also influenced by trust in the local governor or an opinion on which direction — good or bad — things are going in the country. Sputnik V, it is clear, is being seen as a state project, and attitudes to it depend on approval of the government.

If we speak about social demographic features, then willingness to receive vaccination increases with age. If, for instance, 50.6% of those aged 18–24 in our test sample were not planning to get vaccinated, then this figure was just 28.5% among people over the age of 65. This is partly explained by the fact that people from the older generation tend to hold more pro-Kremlin views.

If we conduct multiple-factor statistical analysis, taking into account trust in the current government and news sources (television, social networks, etc.), as well as other criteria (for example, income or education), then we see that while the relationship between age and the willingness to be vaccinated still persists, it is noticeably weaker.

It is possible that the lack of enthusiasm for vaccination among the young can be explained by the fact that the virus is a substantially lesser threat to them than to the elderly – something they are well aware of. It should be noted that since in our sample people of an advanced age are less represented than the young, the proportion of those unwilling to be vaccinated will be a little lower than 47%.

It is also true that there are significantly more women unwilling to receive a vaccine than men (52% and 41%, respectively). This difference remains stable (and may even become more pronounced) if we take other factors into account: political views, fear of being infected with the coronavirus, internet usage and so on. This is to be expected: men are more inclined to take risks and experiment upon themselves than women. (Studies carried out in other countries show similar results.)

As expected, those who are more willing to be vaccinated are those who have a greater trust in science, rely less on personal intuition and do not adhere to conspiracy-based views on the way the world functions; these things influence attitudes towards vaccines and to evidence-based medicine in general. Higher education, however, has no particular influence on willingness to be vaccinated.

Another thing that is relatively unimportant is so-called social capital – that is, the willingness of people to work together to solve common challenges. One of the most important properties of social capital is the willingness to trust other people, and this, it turns out, is unrelated to attitudes to vaccination, if we take attitudes towards the current government into account.

Surprisingly, personal experience of Covid-19 or even hospitalization as a result of infection has no effect on people’s desire to get vaccinated. Those with relatives or acquaintances who have recovered from the virus (or who ended up in hospital) have been more prepared to get vaccinated, though when compared to the influence of political views, the influence of personal experience was not significant. (Of those who did not have relatives or acquaintances who have caught Covid-19, 44.8% were not willing to be vaccinated, while among those who knew people who had caught the virus, the figure was 50.1%).

We also cannot say that the willingness to be vaccinated is higher in regions hit harder by the epidemic (if judged by excess deaths in October or November).

This leads us to a rather unpleasant conclusion: we should not be too confident that the further spread of the epidemic will in itself stir people into getting vaccinated. This is indirectly confirmed by Levada Center surveys: according to their results, the percentage of those willing to receive the Russian coronavirus vaccine has remained at roughly the same level since summer, despite the fact that the peak of the epidemic arrived at the end of the year.

Naturally, as the number of those who have received the vaccine increases, so will trust in the vaccine. This is the pattern by which all innovations are adopted: in the beginning there are only a few who try out a new product, then gradually the number of users grows bigger and bigger. But in the case of the Sputnik V vaccine the state will have to either resort to mandatory vaccination or search for ways of speeding up this process, since the cost of each month of delay is measured in many thousands of lives.

We need to find ways of restoring people’s trust in the Sputnik vaccine — for example, above all to publish and popularize the results of clinical studies. Openness and honesty are not the strong suits of our state, but it is precisely these qualities that are now required most of all.

This article was first published by our partner outlet Vtimes

Alexei Zakharov is an associate professor in the faculty of economic sciences at the Higher School of Economics in Moscow
Read more about: Coronavirus

The previous record death toll was recorded less than a week ago.
back with a vengeance

The situation in Moscow and St. Petersburg, meanwhile, was described as “close to manageable.”
masks only

Russian authorities continue to rule out a return to strict restrictions to slow the spread of the virus.