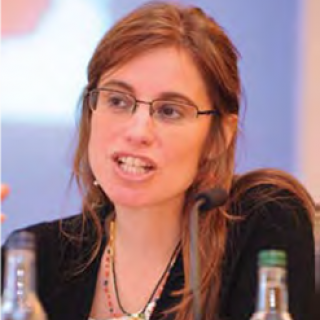 The Nagorno-Karabakh conflict, which has simmered relatively peacefully for the past 25 years, blew up on Sept. 27. Although violence had flared up on several occasions in the past it seems as though this time the stakes are significantly higher, with a slim chance of an immediate end to violence.

Why is this the case?

Azerbaijan seems determined this time to fully “liberate” all the so-called occupied territories and, if possible, the non-recognized republic of Nagorno-Karabakh in its entirety.

This explains why Baku launched a major military campaign involving heavy artillery, tanks and aviation against Nagorno-Karabakh. It hoped to take advantage of the surprise factor, although clashes had already occurred in July along the Azerbaijan-Armenian border.

While fighting was initially concentrated in three areas — Fizuli and Jabrayil in the south, Talysh and Mardakert in the north-east and Murovdag in the north-west — it was nevertheless large-scale.

In the past few days the theatre of war has expanded quite significantly.

On Oct. 2, Azerbaijani artillery directly hit Nagorno-Karabakh’s capital city Stepanakert and violence also extended to the town of Hadrut inside the disputed region. Armenians, in turn, attacked several Azerbaijani villages in the neighboring Agham region, according to the Azerbaijani Defense Ministry.

Over the week-end Armenian artillery shelled Ganja, Azerbaijan’s second city lying to the north of Nagorno-Karabakh, in retaliation over attacks on Stepanakert.

The conflict now has all the aspects of a full-scale war for control over the disputed territory.

Increased frustration after years of fruitless negotiations, and hopes of a surprise military victory, prompted Azerbaijani President Ilham Aliyev to strike first, confident that his well-trained and well-equipped armed forces would make significant inroads against the weaker Armenian military structure.

Baku counted on Russia’s military neutrality and non-intervention in support of its ally Armenia, as long as Armenian territory was not purposefully hit.

President Aliyev has made it clear that his armed forces will not stop until the occupied lands are fully liberated. Yet, by raising the stakes so high, the Azerbaijani president is backing himself into a corner. This uncompromising position is making it harder for him to agree to a cessation of violence without losing face, if military operations do not turn out as he expects.

Yet the use of force does give Baku a stronger hand in any upcoming negotiations on the future status of Nagorno-Karabakh and the neighboring occupied territories.

From now on, even if a ceasefire is reached, Armenia will have to consider the possibility that Azerbaijan may once again resort to the use of force if the talks reach an impasse. Yerevan may feel the pressure to make some meaningful concessions if it wants to avoid a resumption of large-scale violence and risk losing additional occupied territory.

Up until this summer, even Yerevan didn’t believe Baku would use massive force. This partly explains why Armenia felt confident to move ahead with the de-facto progressive integration of the entire “Astrakh” region — the Armenian name for Nagorno-Karabakh — into its territory. Things may look different now.

This time round, international actors with stakes in the region are divided.

In the past, whenever violence flared up, France, the United States and Russia — the co-chairs of the OSCE Minsk group — and the rest of the international community would call for an end to the fighting and urge the sides to return to the negotiating table.

The same position was usually also taken by Iran and Turkey — two neighboring countries with high stakes in the resolution of the dispute. This time, however, things are not the same.

While the three Minsk co-chairs — and Iran — are in unison calling for an immediate cessation of hostilities, Azerbaijan’s closest ally Turkey has given its support to Baku’s military actions.

President Recep Tayyip Erdogan has said Azerbaijan’s operations will only stop once Armenia withdraws entirely from the occupied territories. The Nagorno-Karabakh conflict has become an additional element in Turkey’s regional ambitions to return to its past role as protector of Muslim lands and their peoples.

This new predicament makes a peaceful resolution of the conflict much more difficult to achieve. While there are reports in the Russian press that Erdogan has privately agreed to work with President Putin to find a diplomatic outcome to the dispute, it remains to be seen whether Ankara will be able to exert enough influence over Baku to end hostilities.

Reports that Ankara has been providing military support to Aliyev over the past months, including sending Syrian mercenaries, clearly indicate that Ankara had a stake in a military resolution of the dispute.

The presence of an Islamist-jihadist military contingent risks adding a very dangerous dimension to the conflict that didn’t really exist in the past.

Although Muslim jihadist contingents did participate in the Nagorno-Karabakh wars of the early 1990s on the Azerbaijani side, they did not have significant resonance or military success. Things, once again, may be different this time round.

Although most Azerbaijanis are Shia Muslims, a significant number of Azerbaijani Muslims have, in the past decade, converted to Sunni Islam, and many have embraced the more extreme forms of Salafi/Wahhabism. They therefore may welcome the presence of Sunni Syrian jihadists fighting on their behalf.

Even if some Syrian fighters in Azerbaijan may be there for the money, it cannot be excluded that many may be joining the war for ideological reasons. For them, and for the Azeris, the Shia/Sunni divide may no longer be of much relevance.

Rightly or wrongly, the war could easily be portrayed as a “defensive jihad” in which Muslims are helping to liberate traditional “Muslim lands” from the control of Christian Armenians.

Such a predicament can no longer be excluded, especially if the conflict is long and results in severe casualties on the Azerbaijani side. Nagorno-Karabakh could rapidly become the latest in a series of Islamist-jihadist conflicts that becomes internationalized, attracting a significant number of Muslim foreign fighters.

Within this negative predicament, Russia has a hard task — ensuring a rapid end to hostilities while trying to play a balancing act between Armenia and Azerbaijan, two of its close partners across its borders in the southern Caucasus.

Armenia provides Russia with strategic depth on its southern military flank, along Armenia’s borders with NATO-member Turkey. Azerbaijan has been a reliable partner for Russia in its own “War on Terror” against jihadism and separatism in the Russian North Caucasus, as well as an important strategic ally in a region beset by instabilities and domestic upheavals.

This explains why President Putin took some time before speaking publicly on the dispute and refrained from siding openly with Armenia, Moscow’s South Caucasus ally within the Collective Security Treaty. Instead, he has engaged in active behind-the-scenes diplomacy, while talking openly of the need for a peaceful resolution of the dispute.

There is little doubt that Russia will make every effort and use any available instrument of diplomatic pressure at its disposal to ensure that a ceasefire is reached soon.

The Kremlin will try to make sure the conflict does not escalate further and last too long. A Donbass scenario of simmering conflict and trench warfare is not what it wants. While many have argued that Russia may benefit from constant instability along its borders, this is not necessarily the case. The Kremlin would much prefer to have two antagonistic partners allied to itself, albeit in perennial tension.

That might be a difficult goal to reach this time. Moscow now has to contend not only with increased, large-scale violence, but also with a much more assertive regional actor on the scene — Erdogan and Ankara’s new regional geopolitical ambitions.

New Armenia-Azerbaijan Fighting a Long Time in the Making

On the other hand, Moscow can count on strong support from its Western partners. Paradoxically, this is one of the few military conflicts where Europeans, Americans and Russians find themselves on the same side.

Over the past two decades, they have worked together to find a negotiated resolution to the dispute, albeit with limited success. It remains to be seen whether pressure from Russia and the other members of the Minsk Group will this time bring the most violent aspects of this enduring conflict to an end.

What is clear is that the dynamics of the past two and a half decades in the Nagorno-Karabakh conflict have radically changed.

Dr. Domitilla Sagramoso is a Lecturer at the Department of War Studies, King’s College London. Her latest book “Russian Imperialism Revisited: From Disengagement to Hegemony” has been recently published by Routledge.  @dsagramoso

Dr. Domitilla Sagramoso is a Lecturer at the Department of War Studies, King’s College London. Her latest book “Russian Imperialism Revisited: From Disengagement to Hegemony” has been recently published by Routledge.  @dsagramoso

Thanks for signing up!
Read more about: Armenia

How Will the Crisis in Armenia End?

Despite the trauma of Armenia’s defeat in the recent Karabakh war, protests against Prime Minister Nikol Pashinyan have been underwhelming.
culminating tensions

Thousands Rally in Armenia After PM Warns of 'Coup Attempt'

Azerbaijan is triumphant — but its triumph, while recognized by Russia, was really delivered by Turkey.