Russia is staging a series of military exercises with China and other allies amid growing alarm over fresh tensions with the West.

The largest of these games, Caucasus-2020, kicked off in southern Russia this week and include land and naval exercises involving a total of 80,000 people including more than 12,000 troops.

China, Iran and Myanmar are taking part along with several ex-Soviet countries including Belarus.

"These exercises are the main annual test of the Russian Armed Forces' readiness to engage in a large-scale conflict," Vasily Kashin, a Moscow-based military analyst, told AFP. 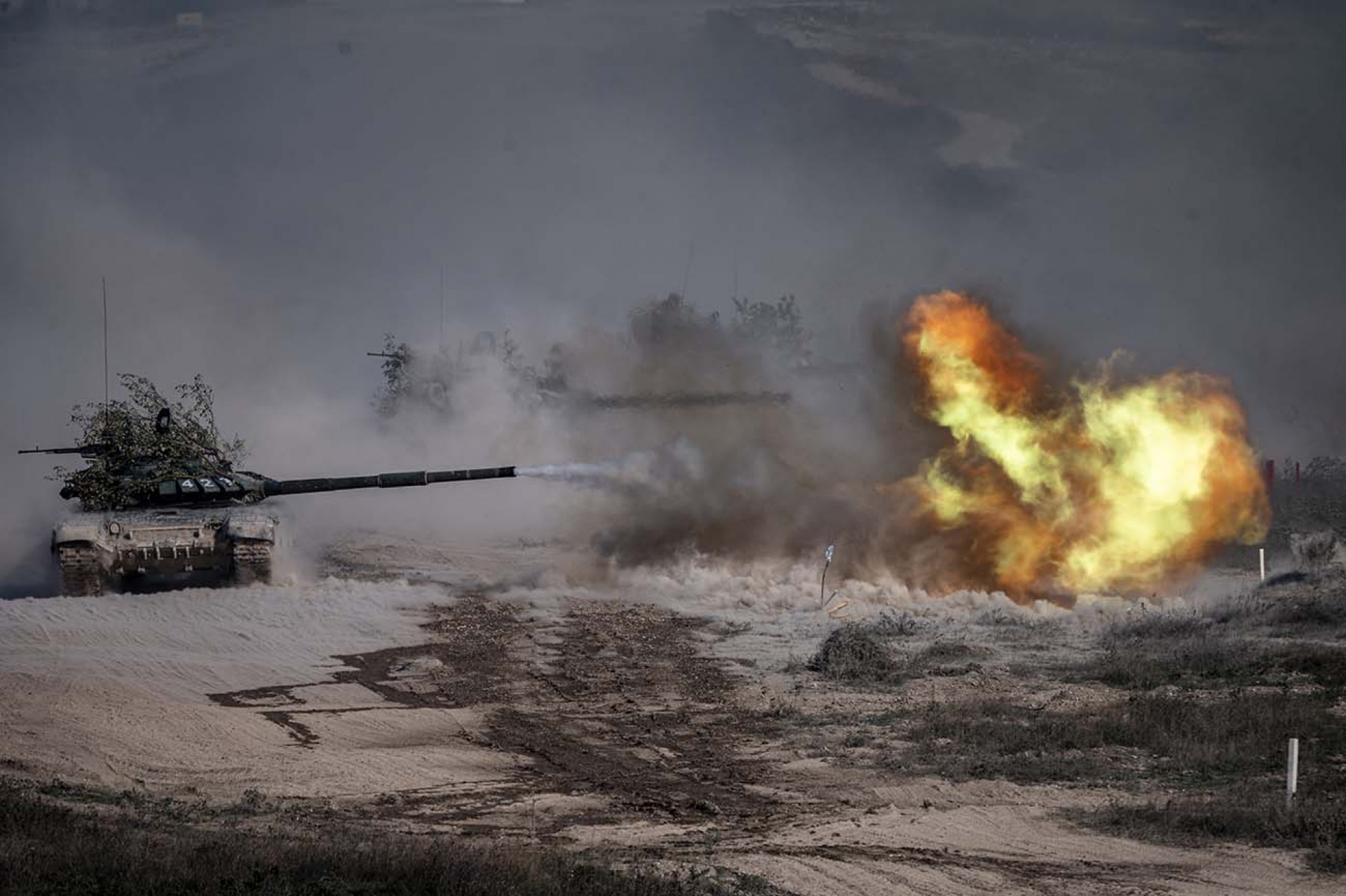 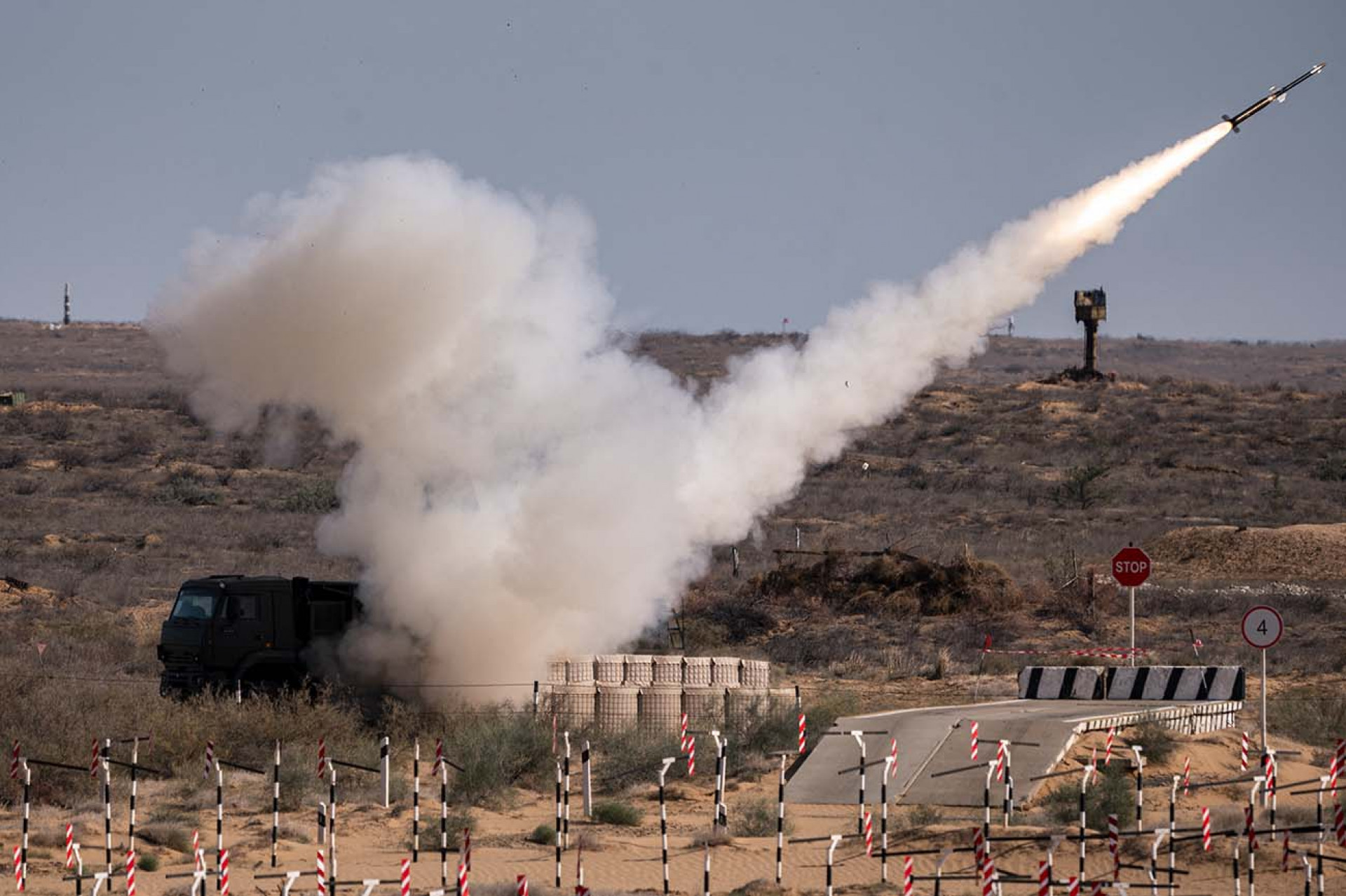 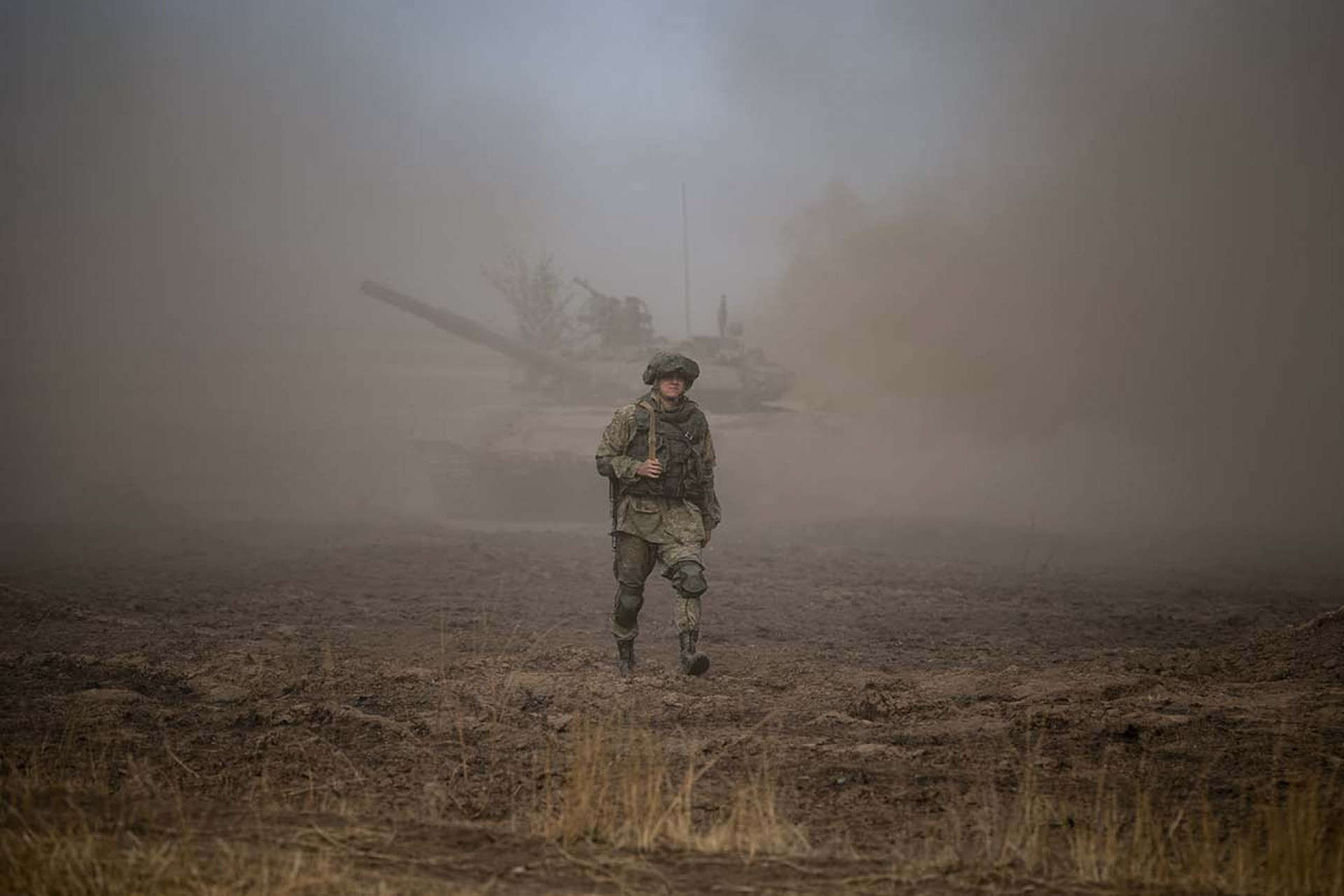 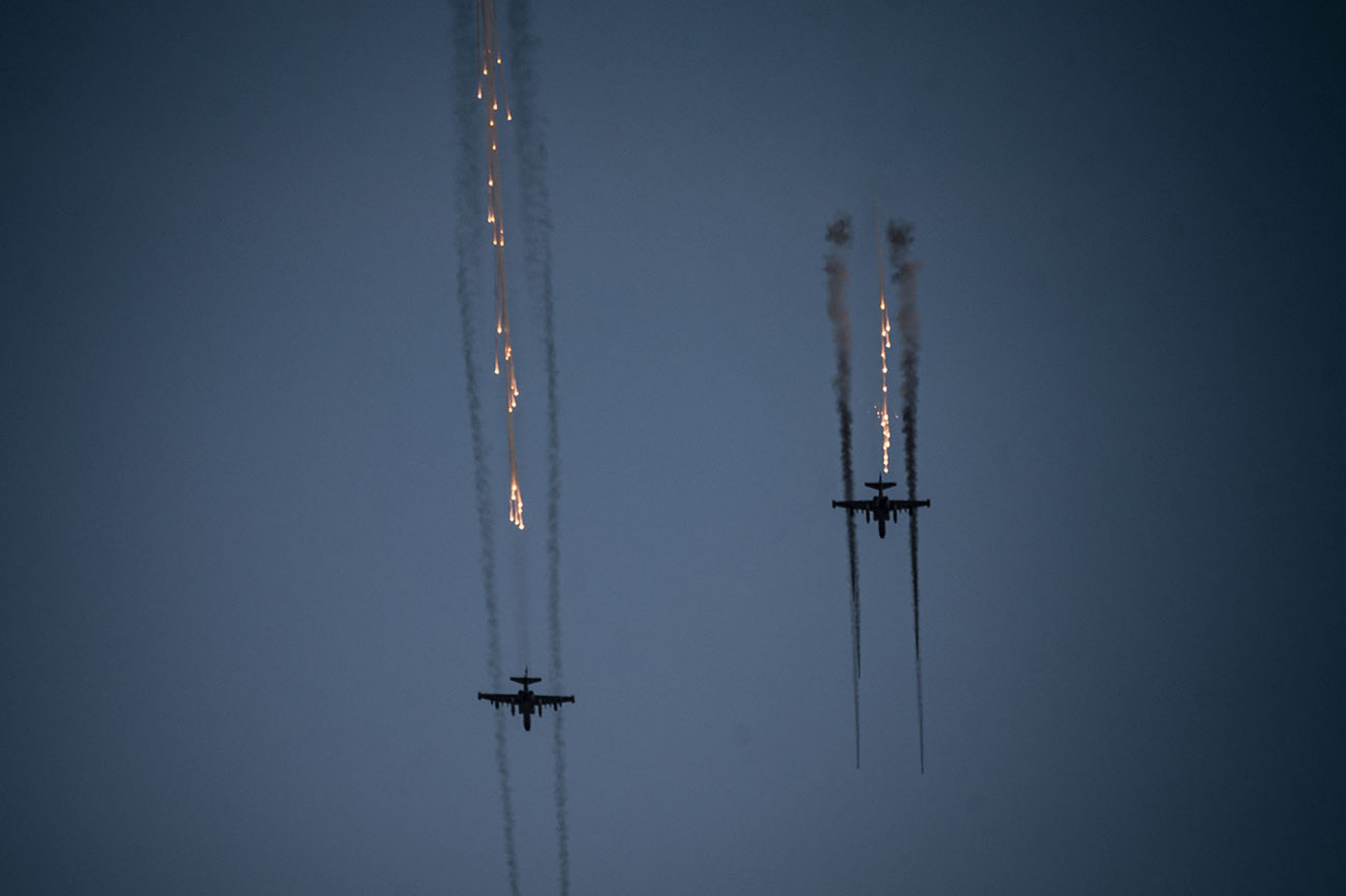 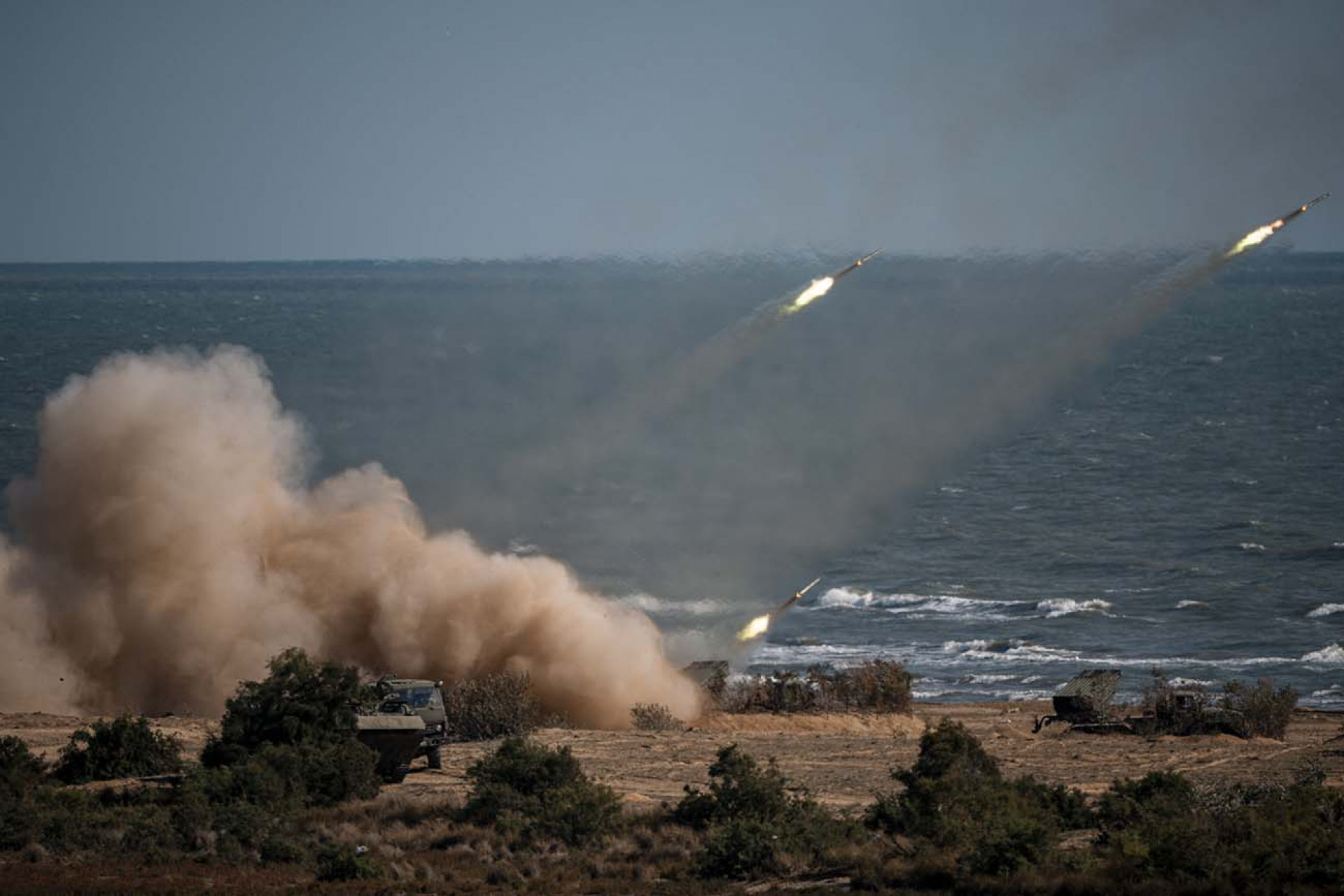 The drills that last until Saturday and feature naval deployments on the Black Sea and the Caspian have been organized "for the top echelons of the military leadership," he said.

According to the Defense Ministry, up to 250 tanks and around 450 infantry combat vehicles and armored personnel carriers are taking part in the drills along with artillery systems and rocket launchers.

President Vladimir Putin has made reviving the army one of the top priorities of his 20-year rule.

A 'springboard' for attack

Moscow has staged more frequent large-scale military exercises in the Caucasus, the Baltic and the Arctic in recent years.

In 2018, Russia held what it has called its largest-ever military drills, with 300,000 Russian troops joining Chinese soldiers in a show of force condemned by NATO.

Russia's drills this fall are also viewed as a show of support for Belarusian strongman Alexander Lukashenko who has faced unprecedented protests against his disputed re-election last month and was sworn in during a secret ceremony Wednesday.

The drills were launched near Belarus's southwestern city of Brest on the Polish border, and as part of the games, two Russian supersonic heavy strategic Tu-160 bombers flew over Belarus's border with the EU on Tuesday.

Lukashenko has accused Poland and the Baltic states of coordinating with the opposition and has claimed Western countries see Belarus as a "springboard" to attack Russia.

"Putin and me are of the same opinion: we are being hunted here so that they can go for Russia afterwards," Lukashenko said in August.

Next month Belarus will also host drills by the six-member states of a Russia-led security bloc, the Collective Security Treaty Organization.

Ukraine, whose army is fighting Moscow-backed separatists in the east of the country, has said Russia's upcoming war games constitute a serious threat.

"Military units present participating in the maneuvers could be used to provoke escalations and threaten the stability of the Black Sea," the Defense Ministry said.

NATO patrols the Black Sea where Ukrainian and Russian gunboats have clashed in waters near Crimea after the territory was annexed in 2014.

Several countries have pulled out of military exercises with Russia this year, with New Delhi citing the coronavirus pandemic but observers pointing to its frayed ties with China.

Moscow's ally Serbia dropped out of drills in Belarus after what Belgrade called "great and undeserved pressure" from the EU.

Serbia Drops Out of War Games With Russia in Belarus

The Kremlin's relationship with Europe has worsened since Russia annexed Crimea and tensions are exacerbated by allegations of election meddling and spying.

The poisoning of leading Kremlin critic Alexei Navalny recently spurred sharp condemnations from European leaders who have said they could respond with further sanctions on Moscow.

Russia insists the purpose of its "purely defensive" exercises are to ward off a theoretical enemy, but sees the games as an opportunity to show off its military prowess.

Moscow is carrying out a costly overhaul of the country's military and has tested dozens of new additions to its arsenal in Syria since entering the conflict in 2015.

Compared with the last Caucasus-2020 games in 2016, Russia has added more drones and artillery to its military as well as fighter jets and air defense systems like the renowned S-400 systems, Kashin says.

Putin has also lauded new "invincible" nuclear-capable weapons, which have yet to be shown off in drills.

Kashin raised the possibility that one of the new weapons -- the Kinjal hypersonic missile -- could be unveiled during Caucasus-2020 as well as the fifth-generation Su-57 fighter jet, which has been anticipated for several years.

The office would reportedly be authorized to inspect Serbian military units that are armed with Russian weapons.
speed of sound

The missile hit a sea target for the first time in Tuesday's test-launch, the Chief of General Staff of the Armed Forces said.
wwii remembrance

The ceremony marked the 79th anniversary of the Nazi invasion of the Soviet Union.
Syria