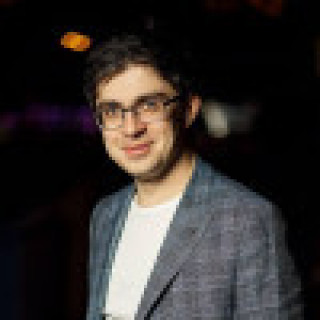 “Oh, come on! Virus? What virus?” Olga, a 35-year-old businesswoman waved her hand dismissively. “It’s a conspiracy, not a virus. Whose conspiracy? The Chinese, who do you think?! They released it so they could get ahead of Europe and Russia and rule the world. They’ve got a vaccine for it.”

Olga, a native of Ulyanovsk, a city of 600,000 on the Volga River, is parroting a point of view that’s popular in the city: There is no epidemic; it’s “just sick old people and people with AIDS” who are dying;and the whole point of the quarantine is “to ruin business.”

Ulyanovsk is 850 kilometers southwest of Moscow on a picturesque spot on the Volga. But the roads are bad, every other streetlight is broken, and the governor encourages residents to give birth on Russia Day to win a UAS jeep. The jeeps are produced here, in Vladimir Lenin’s birthplace.

Tens of millions of Russians live in cities like this all over Russia.

Coronavirus, which many people in Ulyanovsk still don’t believe in, came to the city unexpectedly. It was brought in by the son of a deputy in the local regional parliament, Mikhail Rozhkov. The teenager, who has been attending school in England, flew home, didn’t feel well and began to cough. His influential father whisked him to a hospital — actually, to several hospitals, because it was hard to find the test kits that are supposedly in large supply everywhere.

The deputy used all his pull to get his son tested. They found him positive for coronavirus and put him in the local children’s infectious diseases hospital. Rozhkov apologized on Facebook: “We are truly sorry and very upset that this problem isn’t just in our family, but in the entire region. And we also apologize if we didn’t observe self-isolation properly.”

And that’s how Ulyanovsk found out about the virus. Since then the statistics for cases of coronavirus in the region haven’t changed: one person. But local doctors don’t believe those statistics. And in private conversations, they admit that the region is probably not prepared to handle a large-scale epidemic.

The main public figure reporting on coronavirus is Sergei Morozov, the head of the region. Every day he tapes a video address with an update on the epidemic. The city residents say, “Who else but Morozov is going to do it?” That’s because the chief specialist in infection diseases for the Ulyanovsk regional health department, Galina Savinova, is under quarantine herself after coming back from a trip to the UK in March.

The governor is not shy about declaring victory in the battle with the pandemic. “We’ve been able to win a week — that’s a solid amount of time,” he announced, assuming that the first case of the virus was registered later than in neighboring regions.

But specialists don’t think this fact speaks well for the region. The region is economically depressed, and people travel significantly less than, for example, residents of the relatively wealthier Samara or Kazan regions. No one really goes anywhere because they can’t afford it.

But the governor maintains that the region is completely ready to take on the virus. He says that there are 203 beds in infectious diseases units, and if need be, their number can be increased to 700. The regional health department reports that there are 436 ventilators. They say they just purchased another 12 and have put in a request for another 250. They have set up three isolation wards for people suspected of having the virus and insist that “people in the high-risk group are constantly being tested.” “Every day about 100 tests are conducted,” the governor says.

The authorities quickly organized repairs to the local infectious disease units. But the money allocated is very modest. Eight million rubles (about $105,000) was allocated from the regional budget to update the infectious diseases units of the Novoulyanovsk city hospital, where residents who coming from abroad are kept for observation if they can’t self-isolate at home.

The Central City Clinical Hospital is just finishing the first phase of upgrades. More than 5 million rubles were allocated (about $65,000), but the doctors joke that the sum will pretty much just cover painting the toilets and fixing door latches.

The hospital is an old building in bad shape. A representative of the regional health department wishing to remain anonymous said that they are painting the walls pink and “using brackets to pull the cracks in the walls together.” “How can you speak about real preparedness if they just started the repair work two weeks ago? They haven’t even hung all the doors, finished the tiling or laid down linoleum. They still need to update the ventilation system. Apparently, the old system was in such bad shape that it barely worked. All we can do is hope that they won’t bring patients here any time soon.”

In the infectious diseases ward at the Clinical Hospital, they’ve put down the subflooring for the linoleum, prepped and patched the walls. Ilya Midlenko, the hospital’s chief doctor, said that in the next phase they plan to connect the 70 wards to a new ventilation system that meets current standards. But that hasn’t been done yet.

“Sewing masks out of diapers”

Many of the doctors The Moscow Times spoke with said they thought the good “statistics were exaggerated.” “They said that we have 436 ventilators in the region. But how are they counting them? They dragged old ventilators out of storage, including some that just don’t work or have been written off. And now they’re trying to get them up and running. It’s like a kid with crayons: they’ve got a hundred of them, but they actually only use a dozen. It’s the same thing here,” a local doctor familiar with the situation said.

The same doctor also noted that the working ventilators are not tucked away in corners. “The virus is one thing. But no one has called a moratorium on heart attacks, strokes or car accidents. We always have patients on ventilators.” And, the doctor explained, “We can’t just put 400 ventilators in one place and work with them. It’s physically impossible. That’s why these figures just make for pretty statistics — to show how great everything is organized,” the doctor said.

A pediatrician in Ulyanovsk, Dmitry Malykh, told The Moscow Times that there was a catastrophic shortage of personal protective equipment for both medical personnel and residents. “There are no medical masks for sale in pharmacies and a complete lack of professional respirators and biohazard suits in medical centers. I personally buy respirators for my own use with my own money and pay way more than official prices. There just aren’t enough, so the market dictates the price.” He said that doctors and nurses have been forced to sew their own masks out of diapers and cheesecloth. And there is now a region-wide shortage of cheesecloth.

Another doctor in one of the city hospitals said that they had been issued disposable robes, “the kind they sell in hardware stores for 138 rubles ($1.50) apiece. It’s a travesty. We’re essentially working without any protection. The nurses weren’t issued anything at all.”

Malykh says that the question most frequently asked by patients is: What can we expect in the near term? “I think the quarantine will be extended for another 3-6 weeks. I must say that although quarantine measures were instituted late, it looks like they are being enforced. I believe we can get through this, and I hope that the regional and national system of health care will be able to manage this perfect epidemiological storm.”

He said that at present 654 people are under observation. “Those are the official figures. But it’s hard to tell if that’s the real situation or just something to keep people calm.” People under observation are not in medical centers but at home, and if their symptoms become worse, they have to contact the health department.

“This could be the next Bergamo”

Alexei Kuriny, a deputy in the Ulyanovsk regional parliament and a member of the city assembly health committee, told The Moscow Times that the biggest problem is diagnostics. “We still don’t have a functioning system of screening and so we can’t make even approximate estimations of the scale of the problem. A very small group of people are being tested, and those figures are not likely to give a complete picture of the epidemic here. And then we need to be able to find the paths of infection and cut them off. That’s not being done,” he said.

Kuriny is a specialist in this area. A doctor with a Ph.D. in medicine, he once headed the Ulyanovsk city ambulance and urgent care service.

In his opinion, if the epidemic follows the “Italian scenario” in Russia, the Ulyanovsk region might turn into Bergamo. “We don’t have enough ventilators, and there are no trustworthy figures on how many we really have. First, they said there were 325, then 436. But those figures can’t be trusted. Many of the ventilators are completely outdated. Realistically, I think we could free up less than 100 ventilators, and probably half would break down. We are also short on parts for them, like valves.”

He also said that a lot of the doctors “are completely unprotected.” “What do you expect when doctors don’t even have basic masks? There aren’t any respirators and protective gear. We also have a shortage of ICU anesthesiologists. We have to immediately retrain doctors. I estimate that if the epidemic surges here and if the number of patients tops 800-1,000, the local health system won’t be able to handle it,” Kuriny said.

first in a century

The missed interest payment on foreign debt marks Russia's such default since the Bolshevik revolution in 1918.
No-fly zone