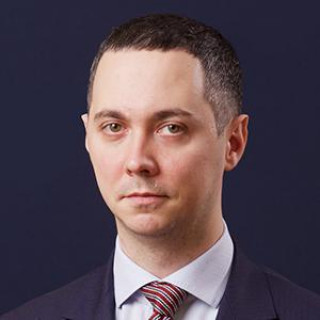 There will be many issues at play during the G20 summit in Buenos Aires. Alexander Gabuev offers insights into the Kremlin’s game plan.

Is Russia worried about new rounds of U.S. sanctions?

U.S. sanctions are becoming a permanent feature of Russian economic life. Following Congress’s near-unanimous vote on the Countering America’s Adversaries Through Sanctions Act (CAATSA) in summer 2017, senior leaders in the Kremlin became convinced that Western sanctions are likely to stay in place forever. The economic toll is unpleasant, but not nearly as bad as the “maximum pressure” facing countries like Iran and North Korea. Still, sanctions have dampened economic growth, made Western investors more wary of putting their money in Russian businesses, and made it harder for Russians to tap Western capital markets.

However, so far the regime has managed to weather the sanctions, and Putin’s political base has rallied around him. With nearly a half-trillion dollars in reserves and an economy centered on the export of dollar-denominated commodities like crude oil, the Kremlin has ways to cushion itself from the next round of U.S. sanctions.

At the same time, it’s important to understand that there are numerous groups in the Russian elite that actually benefit from the sanctions. The people who will benefit most are those in charge of domestic security and industries that are trying to replace the products that Russia used to buy from the West. These groups are now pocketing huge government subsidies, buying distressed assets from oligarchs who have fallen out of favor, and taking advantage of the heavily monopolized nature of the Russian economy in areas such as government procurement.

How does the Kremlin think about China?

Ties between Russia and China are very unlikely to deteriorate in the foreseeable future. From the Kremlin’s viewpoint, three fundamental factors are driving the countries closer.

First, there is a financial imperative to avoid tensions along the 4,200-kilometer border between China and Russia. Decades of costly military deployments along the border, and the more pressing security challenges that Russia faces elsewhere, have taught leaders in Moscow that a friendly relationship with China has plenty of benefits.

Second, China is a natural market for Russian exports. Catering to the resource-hungry Chinese economy could help Russia compensate for its losses in the West.

Third, the two authoritarian regimes understand each other well. Their respective human rights records will not poison the relationship. The Kremlin doesn’t fully trust China, but it knows that the national interests of both countries coincide in many areas and that China will be a predictable and pragmatic partner for years to come. By contrast, Moscow sees U.S. leaders as unpredictable and untrustworthy.

Why is the Ukraine crisis heating up again?

It’s not immediately clear that the Kremlin is altering its strategic approach to Ukraine. But the recent skirmish, in which Russian forces fired on and seized three Ukrainian ships, is precisely the kind of dangerous incident that could escalate into something more serious.

The core of the problem is a deadlock over Crimean sovereignty. Moscow has not reneged on its 2003 treaty with Ukraine on the shared status of the Sea of Azov. The treaty allows both Russian and Ukrainian ships to pass undisturbed through the Kerch Strait.

What has changed since Russia’s annexation of Crimea is that Russia now views the Kerch Strait as its own territorial waters. It also claims territorial waters around Crimea. Some Russian officials appear to be worried that Ukraine could even mount an attack on the expensive, recently opened Crimean Bridge.

To deal with these challenges, Moscow and Kiev had developed informal protocols that allow the passage of Ukrainian naval ships under the Crimean Bridge. But this time, the protocols seem to have broken down for reasons that are still unclear. This led to a show of force by Russian border guards who chased Ukrainian military vessels out of what Russia claims to be its territorial waters.

Moscow likely intended to escalate things in order to force Ukraine to accept the new situation on the ground, so that Ukraine would no longer seek passage through the Kerch Strait without approval by Russia. But ramming, shelling, and seizing Ukrainian ships and sailors was a clear overreaction. Moscow and Kiev should return to the status quo that was in place just two months ago.

How does Moscow feel about U.S. attempts to pressure North Korea on denuclearization?

The Kremlin sees North Korea’s efforts to develop a nuclear-capable intercontinental ballistic missile as an unwelcome yet inevitable by-product of Pyongyang’s desire to protect itself against possible hostile moves by the United States and its allies.

Moscow believes that no pressure will make North Korea surrender this life insurance policy. It judges that the last chance to denuclearize the country was lost after the war in Libya. In Moscow's view, the North Koreans have no illusions about what happens to dictatorships that abandon their weapons of mass destruction.

At the same time, hawks in the Russian military establishment think that Washington is using the North Korean nuclear problem as a pretext to build up its military presence in northeast Asia, and thus put pressure on Russia and China. Moscow is coordinating its moves with Beijing very carefully since the Chinese have much more skin in the game.

On nearly all North Korea–related issues, Russia will play in tandem with Team China. The Kremlin knows that helping the United States on North Korea will not bring it any tangible benefits.

By contrast, cooperating with China will help Russia to withstand U.S. and EU sanctions. Beijing is rewarding Russia economically with lucrative deals for sanctioned companies. And when Russia and China work together, it makes it harder for the United States to take action alone.

Putin’s Costly Protectionism Experiment is a Lesson for Trump

President Putin has two options: retaliate in kind, and forfeit hopes for repairing ties with Washington, or risk being exposed as weak in defense of Russia’s...
Sanctions

A top security official has been accused of revealing potential U.S. policy changes to Moscow before the inauguration of U.S. President Donald Trump.