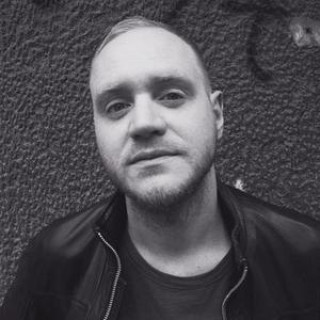 It wasn’t supposed to turn out this way.

In August of last year, some 80,000 Egyptian football fans were celebrating their first World Cup qualification in two decades. Even though they arguably had been Africa’s greatest team, the World Cup had eluded them thanks to a mixture of bad luck, bad football, bad karma and, finally, a failed revolution.

But, in the Borg El Arab stadium outside Alexandria, Muhammad Salah stroked home a 94th minute penalty and The Pharaohs were on their way back to where they believed they belonged: among the world’s elite.

That penalty opened a remarkable season for Salah. He would score a record number of goals for Liverpool FC and play in the Champions League final, albeit briefly, after Sergio Ramos of Real Madrid and Spain judo rolled him in the first half. It was touch and go whether Salah would even make the World Cup, a drama that gripped Egypt ahead of their first game. The fact he would be able to play was the last good news Egypt received.

From then on, the squad was embroiled in a series of PR disasters. The enduring image from Egypt’s brief spell in Russia won’t be Salah’s two goals, or even his deification by a jaded Egyptian public desperate for a hero. It will be the image of Salah hand-in-hand with Chechen leader Ramzan Kadyrov at the Akhmat Arena in Grozny.

The Egyptian FA decided to base itself in Chechnya despite Kadyrov being a deeply controversial figure. Anointed by Russian President Vladimir Putin, he has embroiled ruled his in republic numerous with human an iron rights fist and scandals, hasthe most recent being the alleged rounding up and torturing of gay men.

Kadyrov is also a huge football fan who funds Chechnya’s Akhmat Grozny club. He often flies in former star players for matches which he himself plays in. Hosting Egypt and a global star was a publicity coup he wasn’t going to miss. So, when the Egyptian side turned up for its first training session and Salah wasn’t there, Kadyrov simply drove to his hotel, woke him up and personally escorted him to the stadium.

Russia Tells UN There Are No Gays in Chechnya

A string of over-the-top set pieces followed. A 100-kilogram birthday cake for Salah in the colors of the Chechen and Egyptian flags. A grand banquet. The announcement that Salah would be granted honorary citizenship. And all with Salah grinning a forced smile.

As a result, Salah is reportedly thinking of quitting the national team, unhappy that he had been put in such a vulnerable position. For Egyptians, there is no question who is to blame. “It begins with the EFA [Egyptian Football Association],” said Amr Khalifa, an Egyptian political analyst. “That odious list further extends to the actors, dancers and VIPs who added to the circus atmosphere at the team’s training ground in Chechnya.”

As soon as news of Salah’s alleged international retirement surfaced — a story the EFA has denied — a hashtag went viral on Twitter: “I’m With Salah.” And when his Egyptian address was leaked, hundreds turned up at his home, not to berate him, but to cheer him. He came out and signed autographs.

As news of Salah’s retirement surfaced, a hashtag went viral on Twitter: “I’m With Salah.”

Egypt's brief and stormy World Cup appearance raised an important question: What do we expect from our idols?

For decades, Egyptian politicians have tried to gain reflected glory from The Pharaohs. The former dictator Hosni Mubarak would visit the team before big games. And before Salah, the hero was Muhammad Aboutrika, an absurdly talented midfielder who was politically outspoken. When the revolution came in 2011, he supported it. When the counterrevolution wiped away the Muslim Brotherhood-supported presidency of Muhammad Morsi, replacing it with the neo-dictatorship of Abdel Fattah al Sisi, Aboutrika was suddenly on the wrong side of history. He is now living in exile in Qatar, his assets seized, placed on an Egyptian “terrorist” list.

Salah was a prodigy of Aboutrika. He even had Aboutrika’s iconic number 22 in his Twitter handle. But Salah has learned from him what can happen when you become too popular, and too political. Aboutrika was destroyed for it. Quietly, and without many people noticing, the 22 was removed from Salah’s Twitter handle before the World Cup. “When you have a nation in a boat, buffeted by waves, it’s a very difficult position for Salah to be in,” Amr Khalifa said.

Salah will now find respite when he returns to Liverpool. Yet little will change if he returns to the Egypt national team; caught between the love of 100 million people, and the love of the powerful seeking to profit from his glory.

James Montague is a British writer and journalist. The views expressed in opinion pieces do not necessarily reflect the position of The Moscow Times.

Kokoshniki Are Russia’s Latest Inside Joke

The traditional headdresses became a hit after a Russian family wearing them and munching on hot dogs became a widespread meme.
FIFA

With a historic win, Russia will enter the quarterfinals of the World Cup for the first time since 1970.
FIFA

Hosts Russia reached the quarter-finals of the World Cup.
FIFA

"Oyub Titiyev’s freedom is on the line, and FIFA should make full use of its leverage."